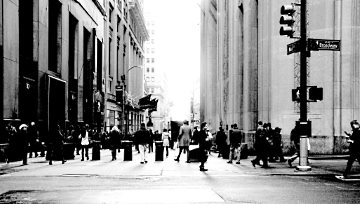 Can August’s NFP Turn the US Dollar Relief Rally into Something More?

Ahead of Friday’s Non-Farm Payroll release for August, the Dollar took another shot lower to new 15-month lows, which helped the EUR to extend its gains above 1.20 and XUA/USD (spot Gold) to close above $1,300/oz. Given the increase of geopolitical headlines, we had a pickup in currency volatility later in the month that aligned with a Jackson Hole speech by Janet Yellen that convinced some traders that Janet Yellen would likely not be around for a second term as chairperson of the Federal Reserve.

However, one key question on many trader’s minds as we head into the August NFP number on September 1 is whether we are simply seeing month-end portfolio rebalancing as a catalyst for USD-buying. On Wednesday, the US economic picture looked better after a report showing economic growth via GDP (3.0% vs. exp 2.7%) and the ADP employment report beat estimates.

In favor of the month-end portfolio rebalancing effect, some of the currencies that lost the most going into the NFP print were currencies that gained heartily against the greenback through the second half of August. Therefore, we may have seen closing out of positions to book profits before investors re-analyze the landscape at the start of September after Labor Day in the US when the volatility of year-end usually ticks higher.

Regardless of NFP’s outcome, there is one agenda item that is on nearly everyone’s list, and that is the debt ceiling negotiation and whether it will be lifted to avert a government shutdown in the US. On Wednesday, the U.S. Chief Economist for S&P, Beth Ann Bovino said, “Failure to raise the debt limit would likely be more catastrophic to the economy than the 2008 failure of Lehman Brothers and would erase many of the gains of the subsequent recovery.” For those wondering if a shutdown of the U.S. Government has a precedent, there was a shutdown of the government in 1995-1996, September 2011, and for a 16-day stretch in October 2013.

For those wanting a preview of what numbers are expected for Friday’s news announcement, here are the expectations. First, as can be seen on the DFX Economic Calendar, the expectation for the headline print for the August Change in Nonfarm Payrolls is expected at 170k, down from the prior reading for June of 209k. However, beyond the headline number, which has lost its significance on thefear that the jobs being added are not producing the revenue needed to support the hoped-for economic growth is Average Hourly Earnings (AHE). The Unemployment Rate is expected in at 4.3%, which is considered full-employment by the Fed’s standards, so it has also fallen to the wayside in anticipation of the AHE print.

Since 2015, AHE has risen from 1.9% Year over Year to a high of 2.9% in December 2016. However, we have seen a downtrend in 2017 that aligns with the weakness in the US Dollar. A further drop back would likely ignite fears that US inflation is continuing to fall and could extend USD weakness as we’ve seen in 2017 with a 9% drop in DXY. The expectations for AHE YOY% is 2.6%, which would be a tick up from the prior reading of 2.5%.

Want to see how markets react to the first print of US NFP? Join us for our Live US NFP Round Table Coverage - Implications for Fed Outlook, FX Market

While you will want to watch the headline number, the most important aspect that you can expect the DailyFX analyst’s like Chris Vecchio, David Song, and myself to cover and what will likely drive the market post-NFP is the digestion and potential ramifications of the AHE number from NFP aside any new insights from the debt ceiling concern.

You will not want to miss our live coverage, and you can register here for free. 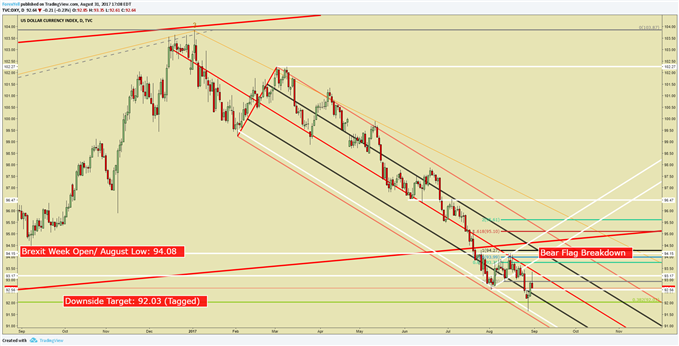 After a sharp retracement this week, concerns abound about the sustatinability of US Dollar Index bounce carrying through. Over a three day stretch starting Tuesday, the DXY had a sharp bounce, but the DXY had a hard time holding the momentum through weak pending home sales data. Pending home sales is a classic leading indicator of a key industry in the US that aligns with consumption that is fueled by employment.

These reasons and more are exactly why you should join us on Friday 15 minutes before the prints through 15 minutes after the 8:30 AM ET print to see what trading opportunities may emerge.

For your sake, we hope to see you there!