Bond Yields (And Their Relationship to FX)

Bond Yields (And Their Relationship to FX)

Interest is opportunity cost, motivation, and a support mechanism all at the same time.

Central bankers govern an economy in an attempt to ensure financial stability. After The Great Depression was initiated by Black Tuesday (October 29, 1929) it became clear that politicians and policy makers did not want to leave economic prosperity to luck and chance. They wanted to be able to control the economy in an effort to prevent another Great Depression.

The recovery, accelerated by Roosevelt’s’ New Deal, further entrenched the idea that government intervention could help steward the economy towards common goals.

The Federal Open Market Committee (FOMC) was created within The Federal Reserve in response to The Great Depression with the Banking Act of 1933. The FOMC has been charged with the mandate of setting target interest rates for the United States economy. They do this by modifying the Federal Funds Rate (the rate that banks charge each other for overnight loans). This ‘base,’ interest rate functions in numerous capacities.

If you want to buy a house, you’d probably go to a bank to get a mortgage. They would then borrow the money so they could in-turn, loan it to you. The bank would pay the lending bank interest based on this Federal Funds Rate, which is let’s say 2% at the time, and charge you a higher rate, which would be your mortgage rate (this is their incentive for loaning you money in the first place); let’s assume that you get this mortgage rate at 7%.

Two years down the road, rates are even lower! Federal funds rate is down to .5%, and you do the math and realize that you can re-finance your mortgage at a lower mortgage rate of 6% and save quite a bit of money on interest each month. After all, it’s the same house; you’re just saving money by financing at this new lower rate.

But you aren’t the only one with this idea. Your friends who had bought a home around the same time as you realize that this opportunity is too good to pass up. They refinance their home too.

Not only that; your friends that have been renting houses have been doing some math too. They found that they could get more space at a much lower price with these new lower interest rates. After seeing that they could own a home for less than the cost of renting, they can’t pass up the opportunity. They tell their friends about it, and before you know it the real estate market is red hot.

Investors from outside of the United States are starting to take notice of these rapidly increasing home prices and they want in on the action. Investment groups across the globe cash in their investments to buy American real-estate with the goal of selling it down the road at a higher price. They exchange their foreign investments so that they can buy dollars and, in turn, purchase American real estate. Many forex transactions can be taking place here.

Japanese investors are selling their Yen to buy Dollars to invest in American Real Estate. They are going long USD/JPY.

French investment groups realize the opportunity as well, so they decide to go short EUR/USD in an effort to exchange their Euro’s for Dollar’s so that they, like the Japanese investors, can buy American real estate.

We know where this story is going, right?

This is similar to what happened with the 2008 financial crisis. Record low rates for an extended period of time saturated real estate markets with speculators until almost any person that wanted a home had one. Some had two, or three. Eventually, there was no one left to buy. And prices crashed.

The investment groups from Japan and France want out, the ride was fun while it lasted but they run the risk of losing their capital if they don’t get out fast enough. So, the sell their real estate investments, and look for the best place to park their money.

Rates are still low in the United States, and with a collapsing real estate market, it doesn’t look like a very opportune time to be investing in Uncle Sam.

After perusing the global economic picture, our investors see that one of the highest yields in the world is coming from the continent of Australia. Large Gold deposits and a strong exporting relationship to China have allowed the continent to continue to grow, seeing the highest interest rate in the land. So our investors affect another transaction.

The investors decide to invest in Australia, so they buy the AUD/USD currency pair, selling their dollars in the process. But after seeing the profit that was accrued during the early portion of the real estate deal in the U.S., more investors jump on the ship, this time from Turkey, Hungary, and Russia; and they want to invest in Australia for the higher yield as well. This affects more currency transactions so that these investors can obtain Australian dollars to transact their investments.

The below chart shows how powerful interest rates can be to a currency. The chart below is the AUD/USD chart from 2009 when Australia had one of the highest interest rates of modern economies. As price continued to climb we have further evidence of foreign investment pushing prices higher in an effort to receive this higher interest rate. 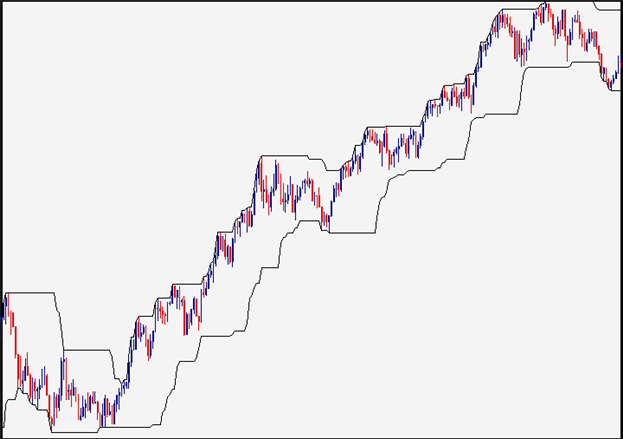 Investment follows expected yield. If rates are expected to increase, we can often see accumulation of that currency in an effort to get the higher expected yield and this can elevate prices even higher.