Talking points on this podcast:

This time on Trading Global Markets Decoded, our host Martin Essex is joined by Bill Blain, a market commentator and strategist at Shard Capital. On the agenda this time: Central bank intervention. How damaging can it be? What chance of recession? And why are assets totally mispriced right now? You can listen to this podcast with Bill Blainby clicking on the link above or one of the alternative platforms listed below.

Talk kicks off with central bank policy – something Bill believes is part of a ‘fourfold mistake in the way the crisis since 2008 has been addressed’. How so? “Central banking policy is just one of the things that made markets less stable and predictable and more likely to cause a future meltdown,” he argues.

Bill mentions how newspapers historically have commended how well policy has performed, as well as the great job central bankers have done in keeping the global economy together. “But [so many] investors say that markets are completely distorted by the equivalent of what we now call financial repression,” he adds. 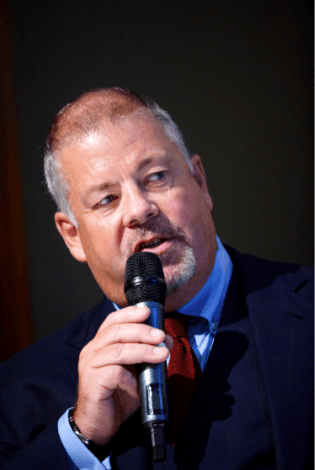 While he believes central banks did cure the immediate financial crisis in 2008 by cutting interest rates and launching quantitative easing programs, “keeping that activity going for so long created financial distortions by causing massive inflation in financial assets – stocks and bonds.”

Meanwhile, the ‘real economy’ is suffering from deflation, with people having less money to spend, finding themselves in more debt. Additionally, Bill argues that increased financial regulation has effectively killed off traditional banking. “One of the main things that happens now is that banking no longer takes risk,” he says. “All that has been transferred to the non-banking sector: pension funds, insurance funds.”

Add the effects of populism to the mix and Bill paints a dystopian portrait of our global financial future.

Click on the channels below to listen to the podcast in full.