Recommended by Daniel McCarthy
Building Confidence in Trading
Get My Guide

The US Dollar is heading toward its worst performing month since September 2010. It appears that the market is hoping for a softening stance from the Federal Reserve despite direct comments to the contrary.

So far this week we have heard from Fed board members Bullard, Barking, Brainard and Williams. They have all expressed, to varying degrees, a hawkish stance.

Later today, we will hear from Fed Chair Jerome Powell and his comments will be watched closely.

The Beige book will also be released at the time that he expected to be talking. Although it has not had the market impact of late that it has historically, it might be worth paying attention to.

In the Asian session, equities have been mixed after a plethora of data from Japan, Australia and China.

Japanese industrial production to the end of October was a big miss at 3.7% year-on-year, rather than the 5.1% expected. USD/JPY looked toward 139 before pulling back.

Australian private sector credit for October showed growth of 0.6% month-on-month as expected. This contributed to an annual read of 9.5% year-on-year that was also in line with forecasts.

Additionally, building approvals for October showed a decline of -6.0% month-on-month, well below -2.0% anticipated and on the back of the previous figure of -5.8%.

Recommended by Daniel McCarthy
Traits of Successful Traders
Get My Guide

Australian year-on-year CPI came in at 6.9% to the end of October, way below forecasts of 7.6%.

Chinese manufacturing PMI for October printed at 48.0 against 49.0 anticipated and the non-manufacturing came in at 46.7, below the 48.0 forecast. This combined to give a composite PMI read of 47.1 against 49.0 previously.

While the US Dollar slid, EUR, GBP and NZD managed respectable gains so far today.

Crude oil inched higher with the WTI futures contract getting above US$ 79 bbl while the Brent contract is approaching US$ 84 bbl. Gold remains steady near US$ 1,750 an ounce.

There is a stack of European data out today, including Euro wide CPI. Then the US will see GDP, Core PCE and jobs data.

Mr Powell’s comments could see a shift in US real yields, which might flow into a US Dollar move. 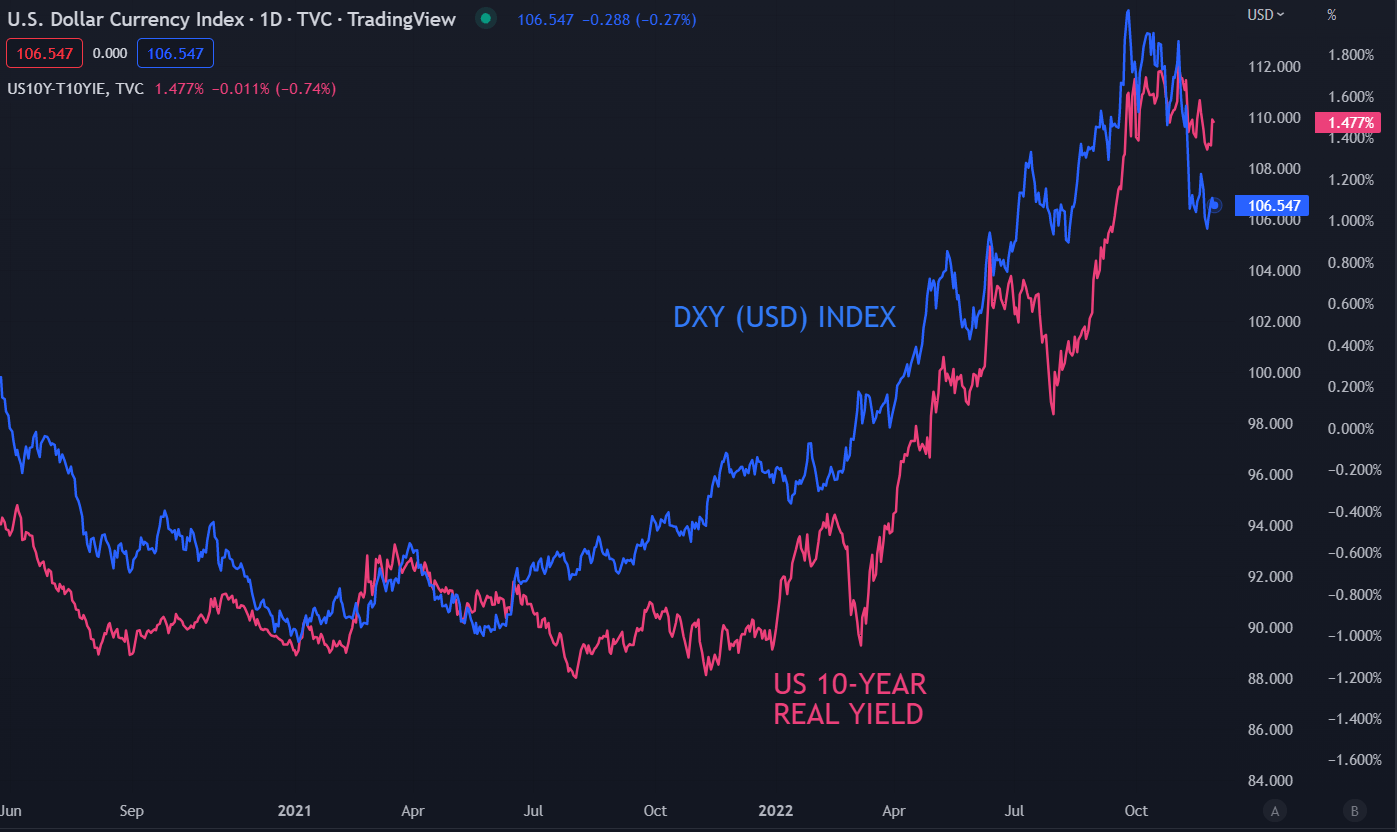