AUD/USD struggles to hold its ground following the kneejerk reaction to the Federal Reserve rate decision, and the exchange rate may track the negative slope in the 50-Day SMA (0.6539) following the failed attempts to test the October high (0.6547).

AUD/USD trades to a fresh weekly low (0.6344) as the Federal Open Market Committee (FOMC) maintains a hawkish forward guidance, and it seems as though the central bank will retain its approach in combating inflation as the committee acknowledges that “incoming data since our last meeting suggest that the ultimate level of interest rates will be higher than previously expected.”

As a result, the US Dollar may continue to outperform against its Australian counterpart as Chairman Jerome Powell emphasizes that “it is very premature” to pause the hiking-cycle, and the US Non-Farm Payrolls (NFP) report may provide the FOMC with greater scope to pursue a highly restrictive policy as the update is anticipated to show a robust labor market.

The US economy is expected to add 200K jobs in October following the 263K expansion the month prior, and a positive development may fuel speculation for another 75bp rate hike as Chairman Powell warns that “there's no sense that inflation is coming down.”

In turn, AUD/USD may face headwinds throughout the remainder of the year as the Reserve Bank of Australia (RBA) shows little interest in carry out a restrictive policy, and the renewed weakness in the exchange rate may fuel the tilt in retail sentiment like the behavior seen earlier this year. 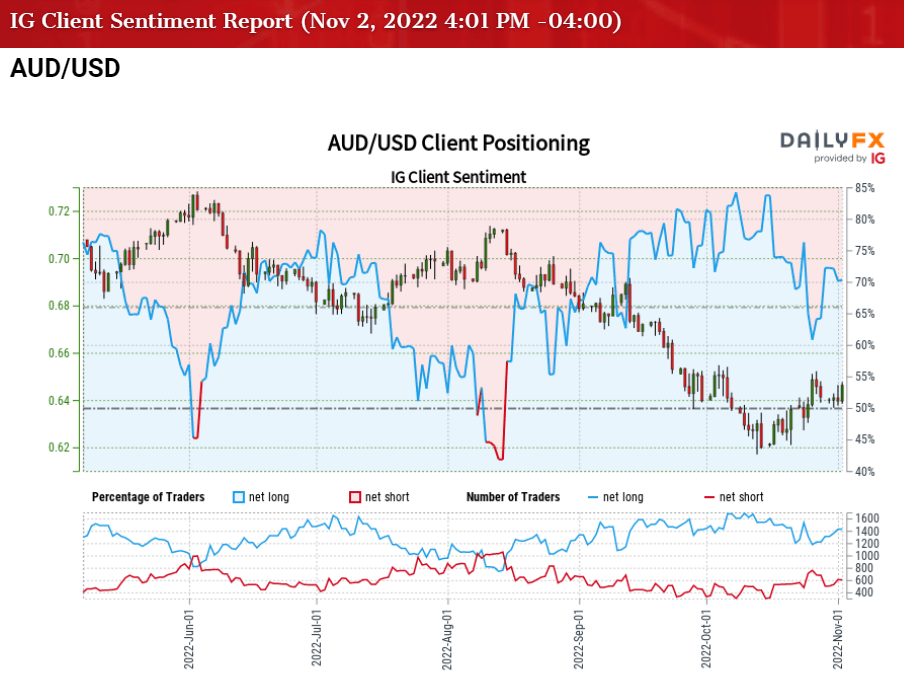 The IG Client Sentiment (IGCS) report shows 68.32% of traders are currently net-long AUD/USD, with the ratio of traders long to short standing at 2.16 to 1.

The number of traders net-long is 0.43% lower than yesterday and 17.64% higher from last week, while the number of traders net-short is 9.83% higher than yesterday and 15.52% lower from last week. The rise in net-long interest has fueled the crowding behavior as 60.77% of traders were net-long AUD/USD last week, while the decline in net-short position comes as the exchange rate trades to a fresh weekly low (0.6344).

With that said, the NFP report may drag on AUD/USD should the update fuel speculation for another 75bp Fed rate hike, and the exchange rate may track the negative slope in the 50-Day SMA (0.6539) as it reverses ahead of the October high (0.6547). 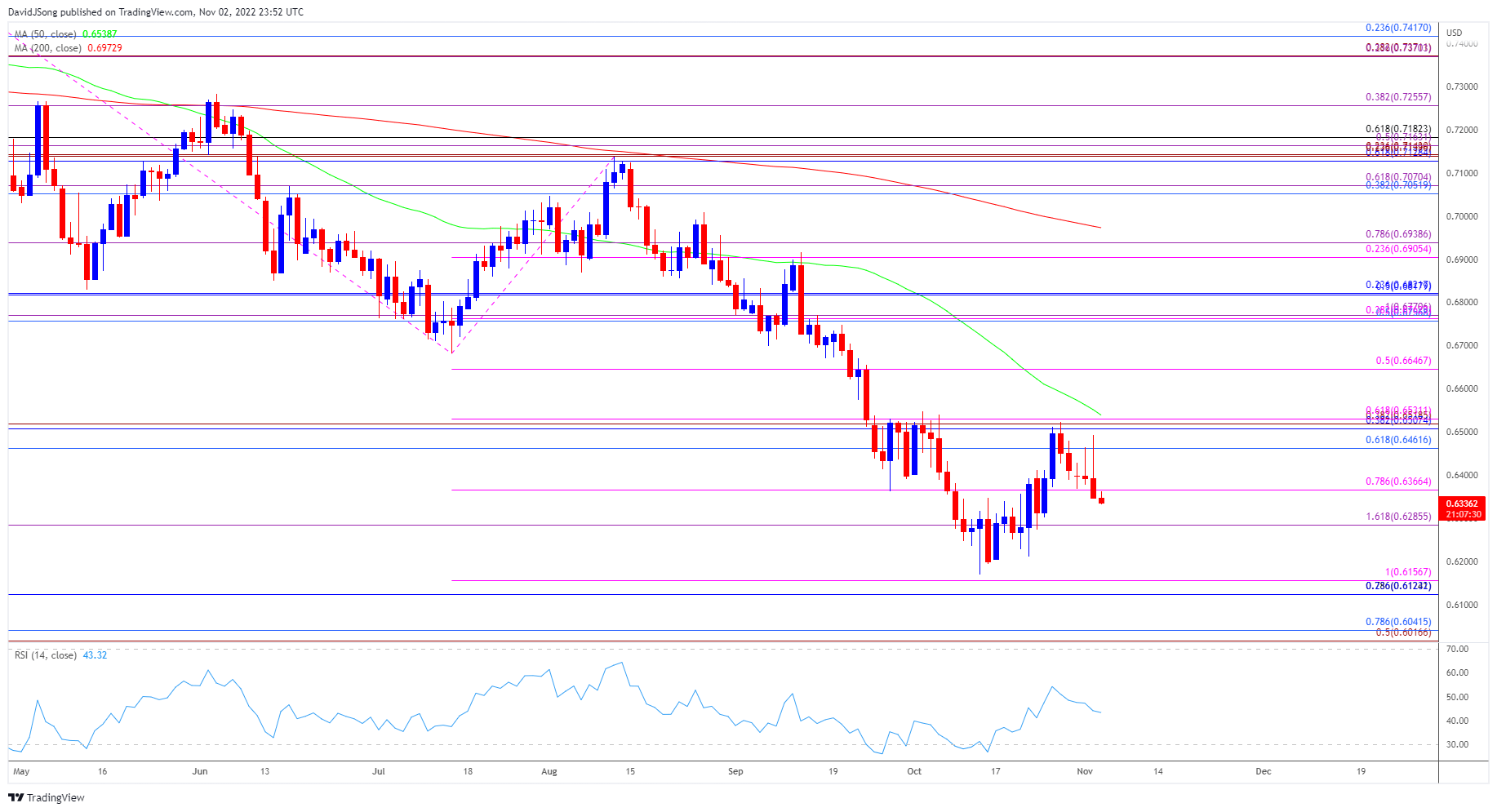