Can UK and US 1Q GDP Correct a Fundamentally-Stretched GBP/USD?

Retail traders have flipped to a net long GBP/USD despite the slide from the pair over the past weeks. Are they play too loose with buying dips or are ranges the way to go? Keep an eye on this positioning on an intraday basis using the DailyFX speculative positioning data on the sentiment page.

There are a range of currencies that I would consider fundamentally-stretched. That can be a difficult qualification to quantify, but the first means of establishing this state is to follow what fundamental themes have been most important to trend development for the target asset over the past months and years. From there, determine where these critical themes have deviated widely from price. In some cases, the fundamental bearing is more balanced while the standing of the currency relatively extreme. In unique circumstances, the backdrop and market performance are heading in distinctly opposite directions. I would consider the Euro a currency that is more brashly overbought while the Australian Dollar is stretched too low simply because it has strayed from general balance. For GBP/USD, the combination is one more measurably a pairing of extremes. 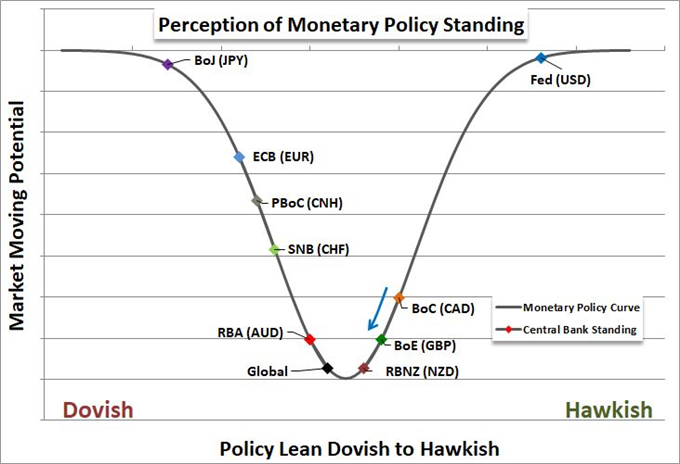 The Particulars for the Pound

For the British pound, the Brexit was a defining milestone for the economy and its markets. Following the June 2016 vote to pull the United Kingdom from the European Union, the Sterling plummeted. This tumble makes sense - not because the Brexit is inherently a 'bad' idea (there is much debate over its risks and merits) but rather because it shifted the future into a considerable state of unknown. At its trough, GBP/USD plunged lows not seen in over three decades. In conviction terms, this was pricing in a general 'worst case scenario' whereby the outlook was seen as certain to bring disaster. That was overly pessimistic. The assumption that politicians would usher in recession or financial crisis willingly is silly. It could prove an unfavorable course, but they wouldn't pick a path of collapse. So, a recovery from discount was warranted. And, recover the currency did. It continued to rise through this past month and retrace most of its post-Brexit losses. Yet, that brings us from oversold to overbought - assuming 'worst case scenario' to 'best'. The outlook for Brexit is not that encouraging given the tone of the conversation. Furthermore, a secondary source of strength in interest rate forecasts behind the BoE has also deflated from a near certainty of a mid-year hike, but the GBP has yet to reflect that deflated outlook. 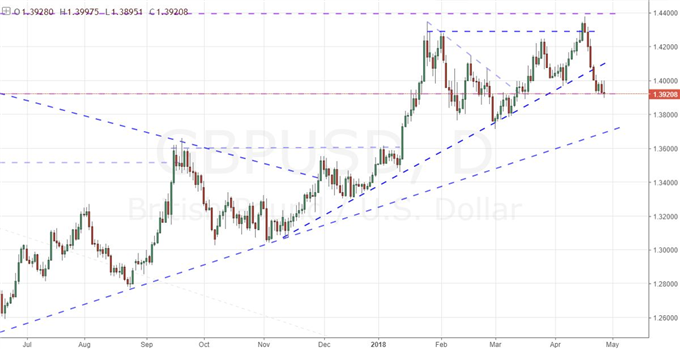 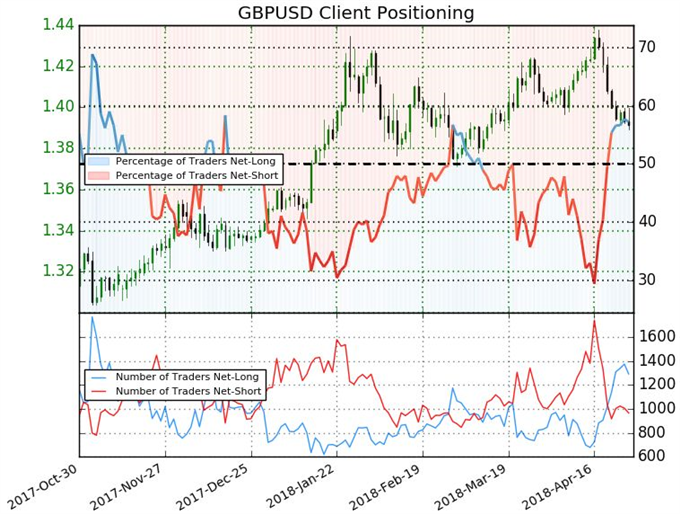 The Particulars for the Dollar

On the opposite end of the scale, we have a dramatically weakened US Dollar. From a peak of enthusiasm championed heavily by an untouchable path of monetary policy tightening, the Greenback has defied its traditional fundamental support structure and fell in a long and painful retreat. The benchmark currency tumbled through 2017 against nearly all of its major counterparts despite the forecasts for Fed hikes in 2018 heating up to a debate of three or even four rate hikes. Relative growth was a stable platform of optimism while consumer and investor optimism charged forward amid market outperformance and tax reform. Perhaps this was a reflection of growing political risk, but issues like trade wars never caught genuine traction until just the past two to three months. The Dollar's drop seems much more speculative based with an effort to work off excess premium. Yet, does that keep the currency suppressed? That said, if the motivation for retreat isn't clear, could the spark for recovery be more straightforward?

Will the Catalysts on Tap Leverage What Moves the Cable?

We have already seen a notable retracement from GBP/USD over the past few weeks, pulling the pair back from post-Brexit highs. Yet, the correction hardly puts the pair back into balance with fundamentals. We need a catalyst that can provide momentum to either of the currencies - or both at the same time. Ahead, the Dollar is the more difficult component to secure conviction behind. The US 1Q GDP reading is important and can cater to sentiment (as it reflects on political reform and the rise of trade wars) as well as interest rate expectations. Yet, those are not reliable market drivers. A collective retreat for the USD's collective counterparts is the best bet, but that is out the of the Greenback's hands so to speak. From the Pound, we can be reminded of both the fading outlook for rate forecasts for the BoE as well as the Brexit's uncertainties with the combination of UK 1Q GDP and sovereign credit ratings updates from Standard & Poor's and Fitch. We discuss the standing, catalysts and trade opportunity of GBP/USD in today's Quick Take Video. 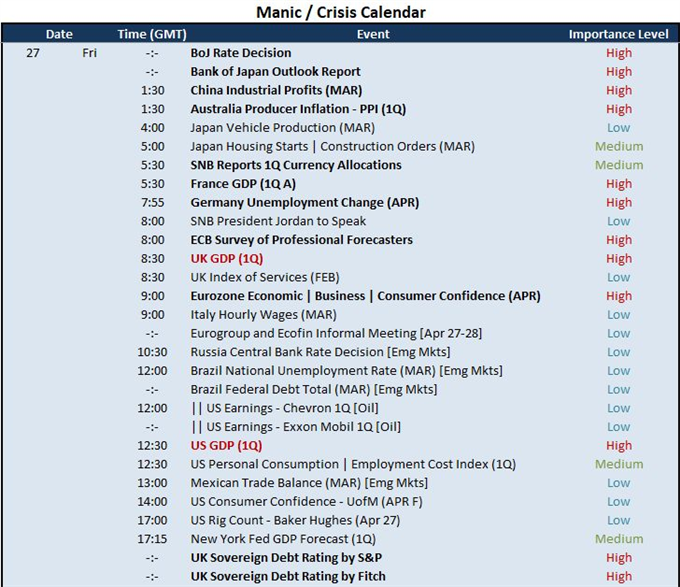