The Federal reserve delivered a hawkish monetary policy decision this past session - as expected. And, also as expected, the market did not response in the way text books would suggest. There is little debate that the central bank's policy update was hawkish. The group delivered its first hike of 2018, it maintained a forecast in its Summary of Economic Projections (SEP) for two more moves in 2018 and the outlook for yields in latter years was raised. Alongside the optimism of its members and the views from new Fed Chair Jerome Powell in his first press conference, this was uniformly hawkish and theoretically bullish for the Dollar. And yet, the Greenback dropped after the event. AN immediately arresting factor to this key event was the speculative anticipation. The market showed a certainty that the Fed would hike and there has been intense debate as to whether the Fed would secure three or four hikes in 2018. That was already priced in. If there were lift to offer the Dollar, it would have been factored into the currency beforehand. But, as we have seen from its performance, there is little enthusiasm from the tightening policy for more than the past year. Instead, we have trade wars as an uncertain path and with the US in the middle of the storm.

US Dollar versus Fed Funds Futures 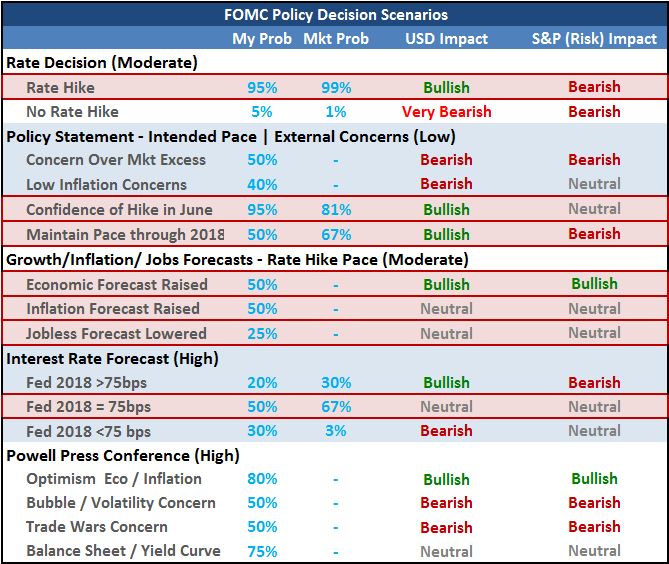 Where the Fed's outcomes were easily plotted out and the central bank's commitment to transparency established well-founded expectations, the path we find ourselves on for a brash charge forward towards trade wars is convoluted and potentially all-consuming. A countdown was started the Thursday March 8th when US President Trump signed the most aggressive recommendation from the Commerce Department for tariffs on steel and aluminum imports. Since then, we have been looking for any indication of softening or even clarity during a 15-day grace period for the United States' global peers to lobby for exemption or at least better terms. There has been limited room for optimism since. There has been rumor that there are many exemptions to this global tax, but we have yet to see that confirmed. The end to the moratorium is set for Friday, but we may find critical developments on the path towards trade wars in the upcoming session. EU President Donald Tusk mentioned that he expects a decision on Europe's standings on the tariffs this this session. Equally important, rumors are that a separate tariff will be announced for China on intellectual property and technology - reportedly to the tune of $60 billion per year. One way or another, it seems trade wars are ahead. 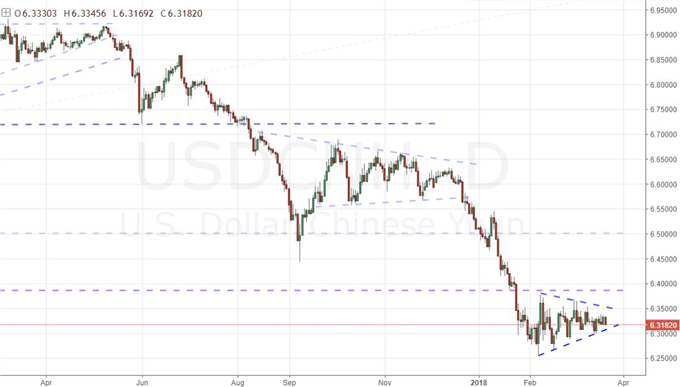 The 'Other' Key Event Risk: BoE, EU Summit and Data

It will be difficult to escape the implications of trade wars. This is a global influence whether it seems concentrated between the US and China or the it directly envelopes the entire world. As we assess our trading landscape, we should evaluate our opportunities' standing on this theme first and foremost. However, there will be other developments to account for over the coming 24 hours that are substantial as far as themes go. For the British Pound, Brexit is the most productive theme - whether that be a catalyst or an anchor. We will assess how this is unfolding with the EU Summit due to weigh in, but we should also keep tabs on the BoE rate decision. The central bank is not expected to move, but there are still lingering forecasts for a hawkish move sometime in the year - putting it in a fairly high strata among its peers. The Euro will see its own issues with the Summit covering its divorce from the UK as well as the approach to handling US tariff threats among other issues. And, the docket is fairly dense with key events from PMIs which are proxies for GDP and Aussie employment statistics.

Markets Beholden to Event Risk and Those That Aren't

In general, there are two categories of markets over the next 24 hours: those that will be inextricably connected to high profile event risk and thereby difficult to run, and those that are unencumbered. For the former category, expect the Dollar, the Euro and the Pound to be particularly troubled about what is to come. That doesn't mean they are not tradable, but they require a greater degree of caution and strategy as conditions will be decidedly unforgiving. In the other column, we have options that are freer to make moves. GBP/CHF has advanced for 13 straight trading days as the Swiss franc is shoved by counterparts. Meanwhile, both the Australian and Canadian Dollars have posted tentative corrections on very one-sided moves. Pairs like the EUR/AUD and CAD/JPY present appealing technical pictures and lower fundamental boundaries. We look to dig down to the trade opportunities in a volatile and fundamentally-dense period ahead in today's Trading Video. 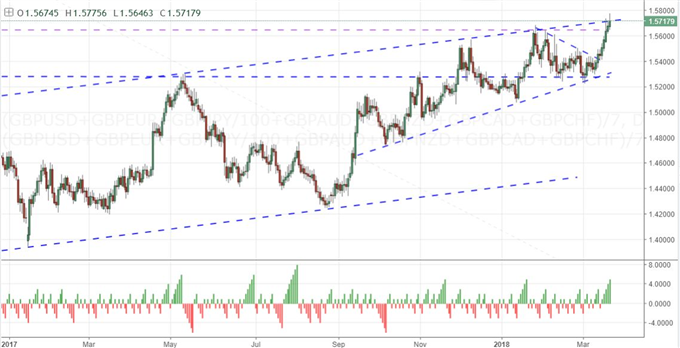