The Rand has been put through its paces this week after a weak start leading up to the U.S. CPI print. Post-announcement, we saw a strong pullback by ZAR bulls but not enough to end the week in the green. The global economic picture remains optimistic with Europe looking like the frontrunner. This generally tends to have a risk-on consequence which has been the case this year landing the Rand in the “butter” so to speak.

Comparatively, the local currency has flexed its muscle against its Emerging Market (EM) currency peers which again is by no means a South African outperformance but rather a winner by default. The Rands EM counterparts have simply experienced greater relative economic hardships be it COVID-19 or geopolitical. The graphic below illustrates this particularly well comparing global currencies against the U.S. dollar: 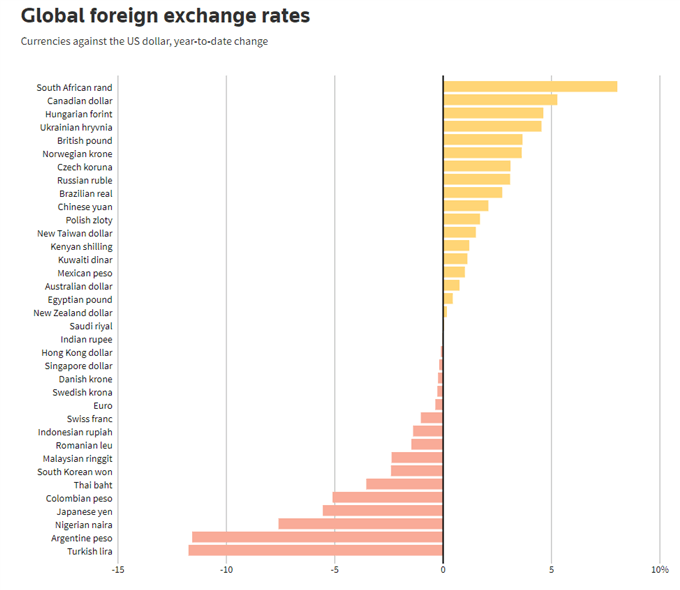 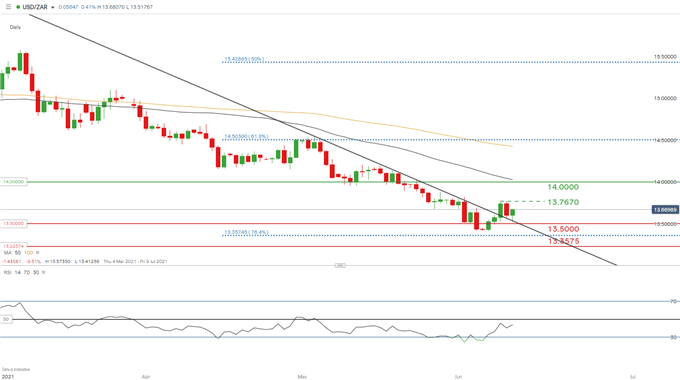 This week we witnessed USD/ZAR pushing above trendline resistance (black) spurred on by a resurgent U.S. dollar. As mentioned in my article earlier this week, bullish divergence ensued which gave rise to the upturn which breached my quoted resistance target of 13.6890 at the time. While prices remain above trendline resistance, markets are likely to adopt a wait-and-see approach ahead of next weeks key risk event (FOMC meeting).

This may lead to a consolidatory sideways movement between 13.5000 psychological and 13.7670 levels. These two levels will serve as initial support and resistance targets respectively. 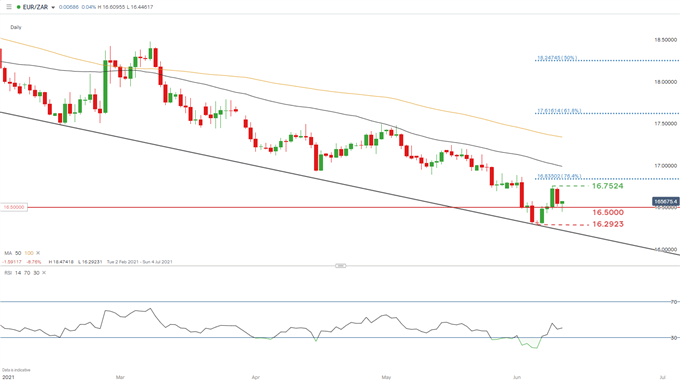 EUR/ZAR showed a similar trend to USD/ZAR with a strong start for the Euro prior to midweek announcements. The ECB interest rate decision and guidance on the PEPP program did not do much in terms of market volatility which saw end of week Rand strength.

Price action reveals trendline support (black) holding with 16.5000 horizontal level serving as initial support. A break below will bring into focus the 16.2923 swing low while bulls are eyeing 16.7524 swing high as a resistance target. The trend remains firmly to the downside with the Relative Strength Index (RSI) favoring bearish momentum despite recently moving out of oversold territory. 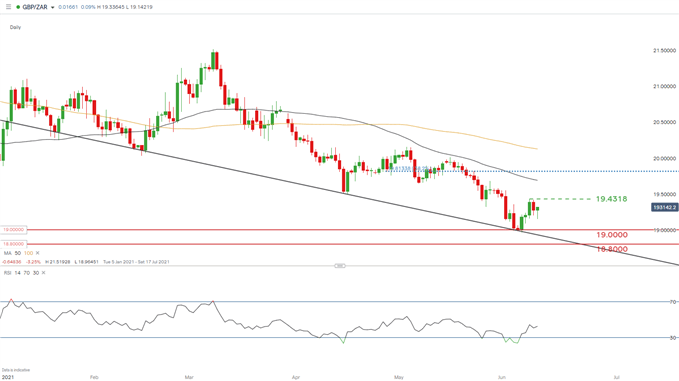 Pound Sterling has gained against the Rand this week. The 19.0000 support level was tested at market open but GBP/ZAR bears were unable to sustain prices below this key psychological zone. The Pound rally created a resistance target at 19.4318. From the bearish perspective, should 19.0000 be broken below, the key area of confluence from 2019 at 18.8000 will provide subsequent support.

KEY ECONOMIC EVENTS TO LOOK FORWARD TO NEXT WEEK 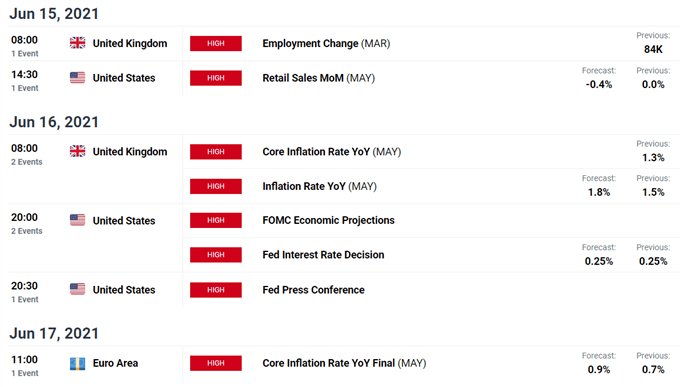