President Trump delivered remarks on trade policy today at the Economic Club of New York. Trump continued his attack on the Fed as he harped on interest rates by saying we are in competition with countries who have negative rates. Furthermore, Trump said “We should be paying, by far, the lowest interest.”

The market’s reaction was largely muted to this recurring theme seeing that Trump has previously waged not-so-subtle attacks on FOMC monetary policy being too tight and holding back the US economy. Markets were gaining broadly headed into Trump’s speech with the S&P 500 Index setting another record high with the market-cap weighted benchmark touching 3,106.20 before moving modestly lower. 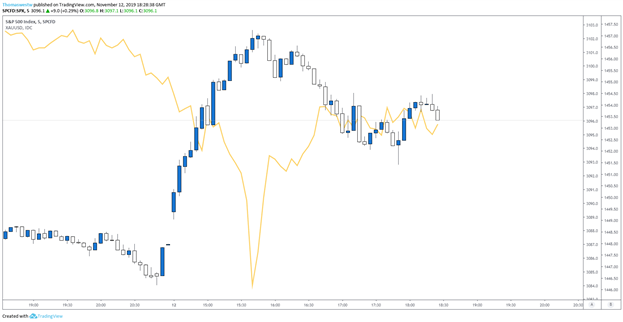 Sentiment around trade talks have seen an optimistic lift since the two sides reached a tentative ‘phase-one’ agreement last month. Trump said that if a deal is not made with China, tariffs would be raised significantly which set a more pessimistic tone. Markets largely ignored the negative comment as Trump has gyrated before with his public commentary on China and trade deal progress.

Another jab – and arguably less expected – came when Trump remarked on the European Union’s trade policies saying that the EU has high barriers to trade and stating specifically that the EU has “terrible, terrible” barriers and in many ways is even ‘worse than China.’ The EURUSD pair dropped on the comment and speculators stepped up selling pressure on a higher probability that Trump may instigate another trade war but this time with the European Union. 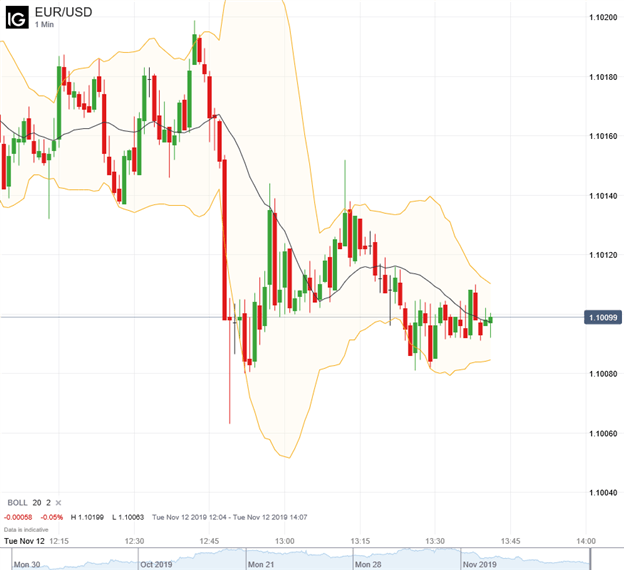 As the holiday shopping season approaches in the US investors are starting to speculate that Trump may be feeling pressure to make some tangible results in trade talks with China, now approaching it’s 500th day.

While impacts on the previous two holiday seasons have been muted, there may be an evident impact for the 2020 holiday shopping season as trade war conjecture has now seeped into US consumer confidence in recent months, evidenced by the University of Michigan Consumer sentiment Survey hitting its weakest mark since August 2016.

But, speculation from some view the trade war as a proxy weapon for Trump to wield when attacking the Federal Reserve with his attempt to strongarm the US central bank to lower interest rates even further. 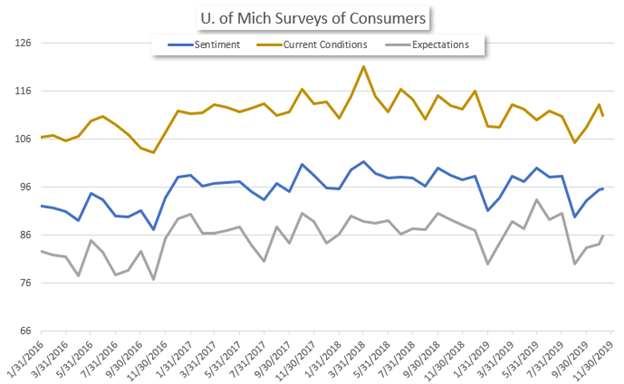