The British Pound showed a tepid reaction versus its major peers as January’s UK BRC Shop Price Index crossed the wires worse than expected. Retail outlet inflation clocked in at -1.7% y/y versus -1.0% expected and -1.4% in December. This reading reversed a trend of steady price improvements since August 2016.

Looking at the details, some of the largest drops came from non-food related products such as clothing and furniture, which changed from -5.7% to -6.3% and from -1.2% to -2.7% respectfully.

Simultaneously, the National Institute of Economic and Social Research (NIESR) released their UK economic forecast summary. This said that GDP growth is expected to slow down from 2 percent in 2016 to 1.7 percent this year. Then, it should pick up to 1.9% in 2018.

NIESR also expects CPI to average 3.3% in 2017 before slowing down to 2.9% in 2018. The pickup in prices is expected due to Sterling’s sharp depreciation against a broad basket of currencies following the Brexit referendum.

Looking ahead, the Bank of England’s “Super Thursday” is in the spotlight. The central bank will release an updated quarterly inflation report and Governor Mark Carney will hold a press conference to explain it. The minutes and outcome of a monetary policy meeting will also be unveiled.

In its most recent interest rate decision, the BoE signaled that monetary policy could respond in either direction depending on how economic conditions unfold in the aftermath of the referendum. As Currency Analyst David Song mentioned, Thursday’s event may shake up the near-term GBP/USD outlook should Carney show a greater willingness to gradually move away from its dovish bias. 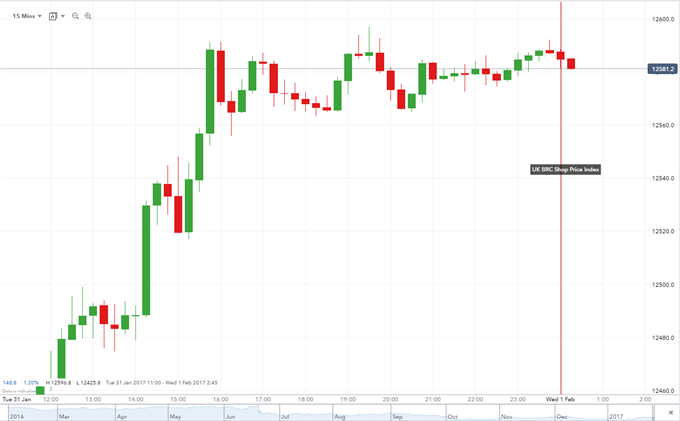