USD/JPY quickly pulls back from a fresh weekly-high (114.04) as Federal Reserve Chairman Jerome Powellwarns that the benchmark interest rate is ‘just below the broad range of estimates of the level that would be neutral for the economy,’ and the exchange rate may continue to consolidate over the remainder of the month as it marks another failed attempt to test the 2018-high (114.55). 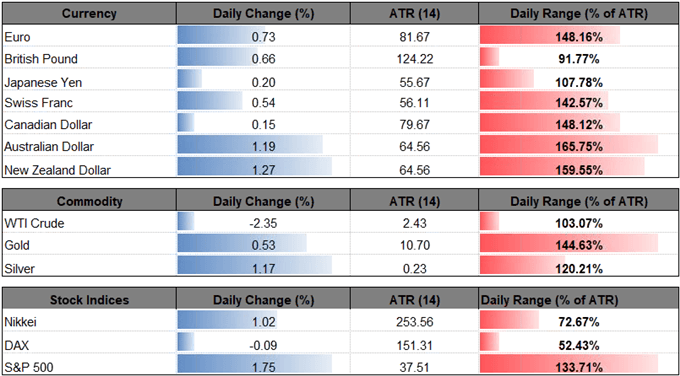 Chairman Powell appears to be adopting a less-hawkish tone ahead of 2019 as ‘sustained declines in equity prices can put downward pressure on spending and confidence,’ and the comments infer that the Federal Open Market Committee (FOMC) is nearing the end of the hiking-cycle as the central bank head notes that ‘the economic effects of our gradual rate increases are uncertain.’

With that said, updates to the core Personal Consumption Expenditure (PCE) may also produce headwinds for the U.S. dollar as the Fed’s preferred gauge for inflation is expected to narrow to 1.9% from 2.0% per annum in September, and signs of limited price pressures may encourage the FOMC to revert back to a wait-and-see approach as future ‘decisions on monetary policy will be designed to keep the economy on track in light of the changing outlook for jobs and inflation.’ 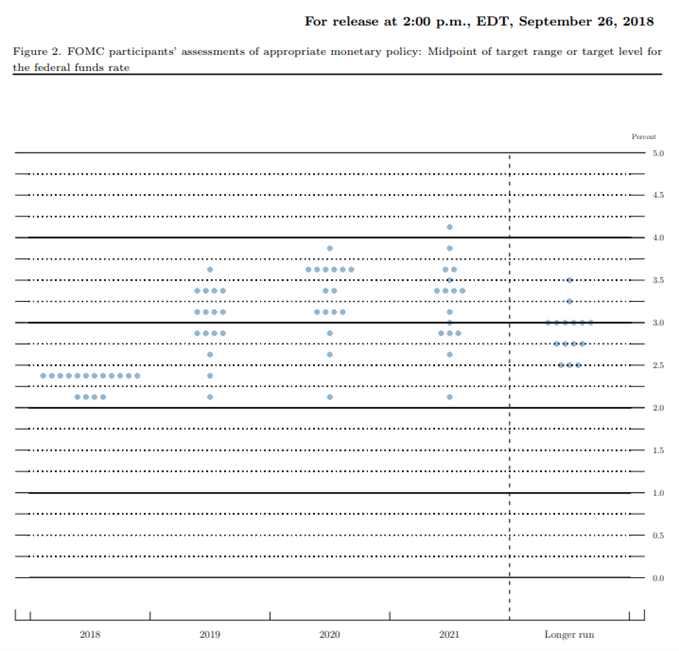 Keep in mind, it seems as though the FOMC is on course to deliver another 25bp rate-hike in December as officials ‘are forecasting continued solid growth, low unemployment, and inflation near 2 percent,’ and Chairman Powell & Co. may continue to project a longer-run interest rate of 2.75% to 3.00% as ‘the economy is growing at an annual rate of about 3 percent, well above most estimates of its longer-run trend.’

With that said, USD/JPY may ultimately track the October range as it stages another failed attempt to test the 2018-high (114.55), with the Relative Strength Index (RSI) highlighting a similar dynamic as the oscillator consolidates within a triangle/wedge formation. Sign up and join DailyFX Currency Analyst David Song LIVE for an opportunity to discuss potential trade setups. 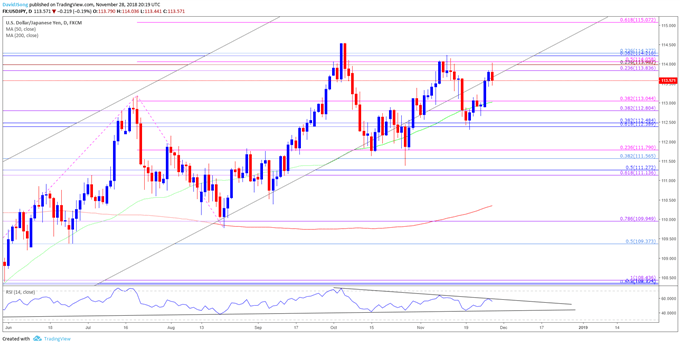