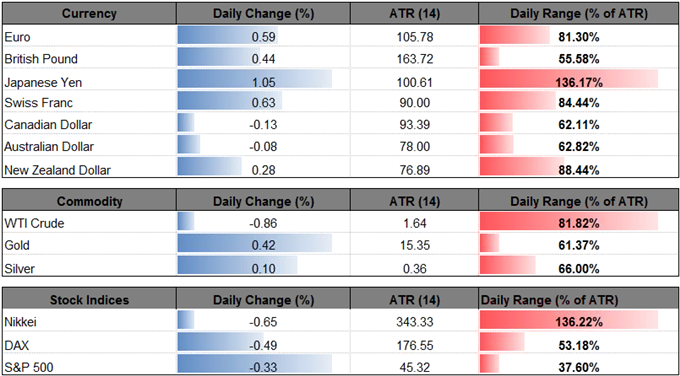 USD/JPY remains under pressure even as Federal Reserve officials endorse a hawkish outlook for monetary policy, and the dollar-yen exchange rate stands at risk for further losses as the bearish momentum appears to be gathering pace.

Fresh remarks from Cleveland Fed President Loretta Mester have failed to produce a meaningful reaction even though the 2018-voting member on the Federal Open Market Committee (FOMC) insists that ‘if economic conditions evolve as expected, we’ll need to make some further increases in interest rates this year and next year, at a pace similar to last year’s.’ The comments suggest the FOMC is on course to implement three rate-hikes in 2018, but the updates to the U.S. Consumer Price Index (CPI) may rattle expectations for a move in March as both the headline and core rate of inflation are anticipated to slowdown in January.

At the same time, a separate report is projected to show U.S. Retail Sales increasing a marginal 0.2% following a 0.4% expansion in December, and a batch of lackluster data prints may drag on the greenback as it dampens the outlook for growth and inflation.

In turn, it may be only a matter of time before dollar-yen tests the 2017-low (107.32), with the downside targets on the radar especially as the Relative Strength Index (RSI) extends the bearish formation from late last year and flirts with oversold territory. Want more insight? Sign up & join DailyFX Currency Strategist Christopher Vecchio LIVE to cover the U.S. CPI report. 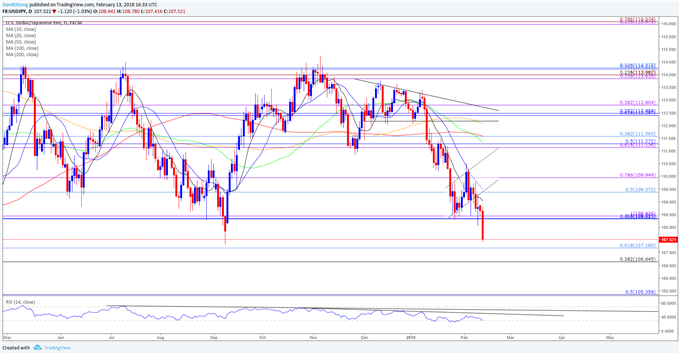 USD/CAD trades on a firmer footing following the mixed reaction to the 88.0K decline in Canada Employment, but the near-term outlook remains clouded with mixed signals as the pair struggles to hold above the former-support zone around 1.2620 (50% retracement).

Keep in mind, the recent batch of lackluster data prints may do little to derail the Bank of Canada (BoC) from further normalizing monetary policy as the 49.0K expansion in full-time employment reinforces the central bank’s assessment ‘that labour market slack is being absorbed more quickly than anticipated,’ and Governor Stephen Poloz and Co.. may continue to prepare Canadian households and businesses for higher borrowing-costs as ‘the economic outlook is expected to warrant higher interest rates over time.’ As a result, the shift in USD/CAD behavior may continue to take shape in 2018, but the broader outlook for USD/CAD has indeed perked up as the Relative Strength Index (RSI) breaks out of the bearish formation carried over from late last year, but

Nevertheless, recent price action suggests the advance from the February-low (1.2256) is losing traction as it fails to extend the series of higher-highs from earlier this month, with the pair at risk of facing range-bound conditions as the RSI appears to be flattening out ahead of overbought territory. 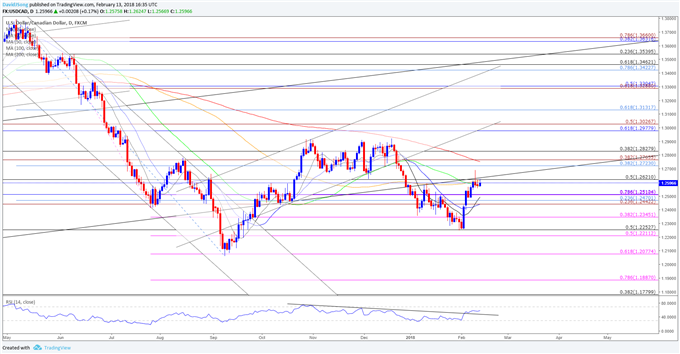 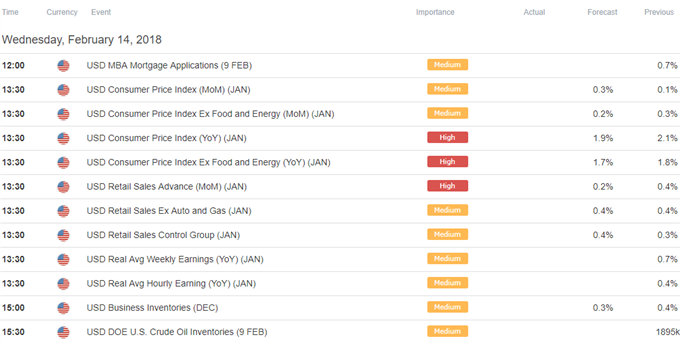