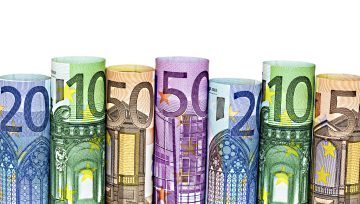 Euro Braces for Volatility Ahead of EU Elections, ECB Minutes

The Euro may be in for its most tumultuous week year-to-date as the Fed and ECB prepare to release their respective meeting minutes right before the EU holds the most consequential European-wide vote in its history. Volatility may be further enhanced after the OECD publishes its latest projections for growth and as key Eurozone economic data is released throughout the week.

On May 21, the multinational organization will publish its economic growth forecasts with expectations that the report will highlight weakness in global demand. The US-China trade war has disrupted financial markets and destabilized global growth prospects. EU-US relations are also not particularly comforting after the two global players waged an economic war against each other with a possible continuation this year.

Euro area economic data will also be released throughout the week. German GDP and Eurozone CPI will likely be the most heavily eyed pieces of data, though their impact may be overshadowed by higher-level event risk. Broadly speaking, economic data out of Europe has been tending to underperform relative to expectations and has forced the ECB to implement new liquidity provisions as a way to boost local growth.

The following day, the Fed will be releasing its FOMC meeting minutes from the most recent policy meeting. Fed monetary policy has not only impacted the US Dollar but has also roiled global financial markets because of the implication a higher-priced USD has on international economic activity. According to the Bank of International Settlements, 80 percent of all global transactions are conducted in the US Dollar.

And finally, on May 23, Europeans will cast their ballot and express their joy – or more likely, discontent –with the European Union. Preliminary polls are showing eurosceptic parties may gain as much as one-third of all seats in the European parliament. This in itself could have devastating consequences for the Euro and could undermine the stability in European sovereign bond markets. 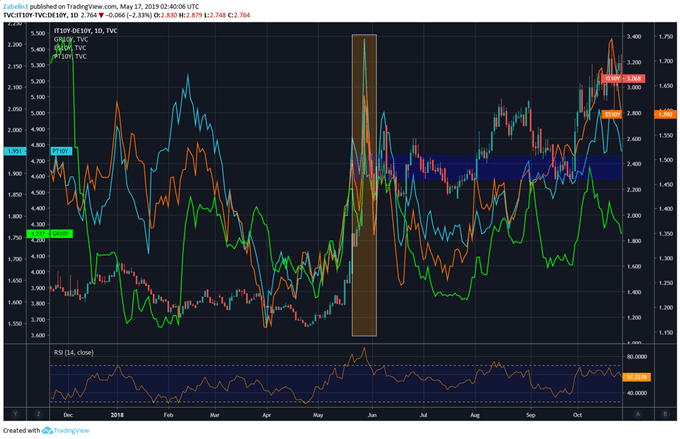 On the same day, the European central bank will be publishing its minutes from the last policy meeting. Market participants are likely expecting dovish undertones as the continent continues to struggle in bringing about sustained growth and inflation. Brexit and the European elections may only add greater political risk and cloud an already-uncertain outlook as monetary authorities attempt to steer in unchartered territory.

Looking for a technical perspective on the Euro? Check out the Weekly EUR Technical Forecast