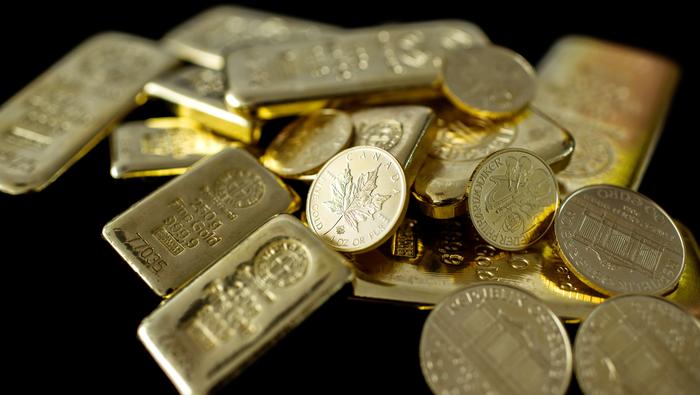 Gold Folds from Key Resistance, Trips Back Down to Support

Last week’s run of US Dollar weakness helped to push Gold up to a key area of resistance. This is the same zone that’s helped to hold buyers at bay since the bullish breakout went on pause a couple of months ago and more recently, this zone has helped to build in a series of lower-highs.

As looked at on Monday, Gold price action had built into a short-term range after that longer-term resistance test, with support showing around the 1474-1480 area on the chart. As shared in that report, given the posturing at the resistance zone, traders looking at bullish strategies in Gold would likely want to either wait for a pullback to support or a breakout to indicate that bulls were ready to push the matter. The former of those scenarios is in the process of taking place as yesterday’s dip in Gold prices brought into play the area of range support that’s held the lows since early-October.

As looked at multiple times in the recent past, the longer-term backdrop in Gold remains bullish in nature with price action currently caught in a range of digestion similar to what took place in February-May of this year. In that prior episode, a falling wedge had formed as prices pulled back for three months before launching higher. At this stage, a bull flag had formed and buyers have already shown a couple of different failed tests through resistance.

The bullish theme in Gold has run alongside FOMC expectations this year, with that recent breakout that started in June and ran through August taking place as the FOMC was laying the groundwork for incoming rate cuts. The bank has now cut three times in as many meetings but, at the last cut, implied that this would be the last move until something changed. And given the vulnerability of global markets to themes such as trade wars or politics, that change can happen very fast.

The big question remains – when will the bullish trend in Gold move into continuation? This will likely sync with an FOMC shift, at some point, and will probably pop up when many are least expecting it. So, as discussed in yesterday’s webinar, this comes down to an element of anticipation, and that’s likely playing somewhat of a role in the current zone of support in Gold.

The current range can be approached with a prior trend-side bias, looking to buy at support while scaling-out at resistance coupled with a break-even stop. If the breakout does happen, fantastic but, if it doesn’t break-even stops can protect the remainder of the position.