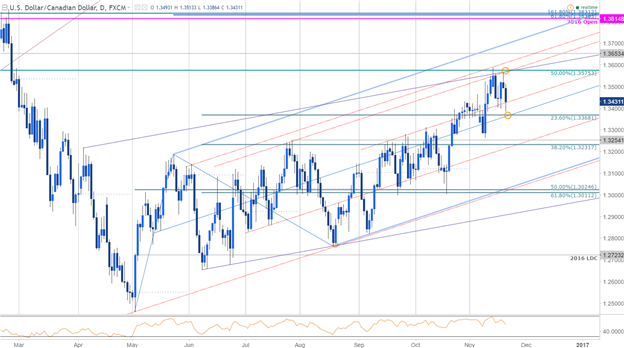 Technical Outlook: Last week I noted that “USDCAD has continued to trade within the confines of this modified pitchfork extending off the yearly lows with price extending into fresh nine-month highs. The pair responded to a key resistance range early in the week around 1.3575 - this region is defined by the 50% retracement of the 2016 range and converges on multiple parallels over the next few days.” The pair failed on another retest of this level on Friday and leaves the risk for further losses in the greenback with pullback now eyeing a key near-term support confluence which if broken, could fuel a more significant decline. 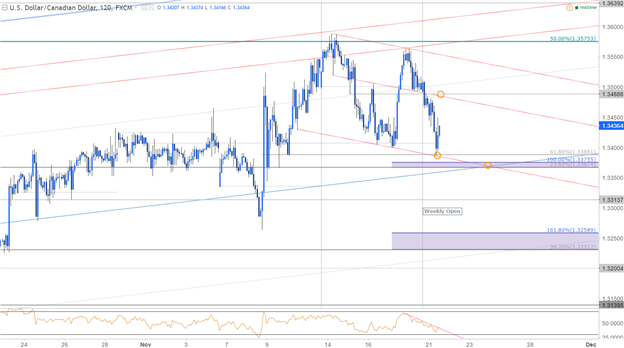 Notes: A closer look at price highlights a near-term slope off the highs with the pair rebounding off the lower parallel in early U.S. trade. More significant structural support is seen just lower at 1.3368/76 where the 100% extension converges on the 23.6% retracement of the June advance and a pair of long & short-term median lines. A break below this mark shifts the focus lower targeting 1.3314 backed by 1.3259 & 1.3231.

Interim resistance stands at 1.3488 backed by the upper parallel & 1.3575 (bearish invalidation). From a trading standpoint, heading into tomorrow’s Canada Retail Sales release the risk remains lower while below the weekly open with a break of key near-term structural support needed to validate a more prominent reversal in the pair. 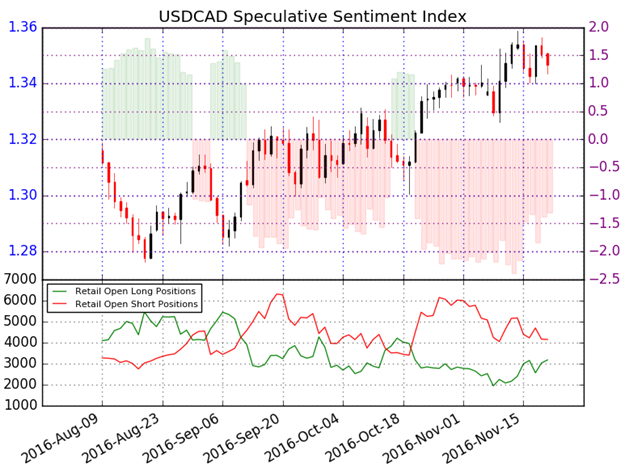 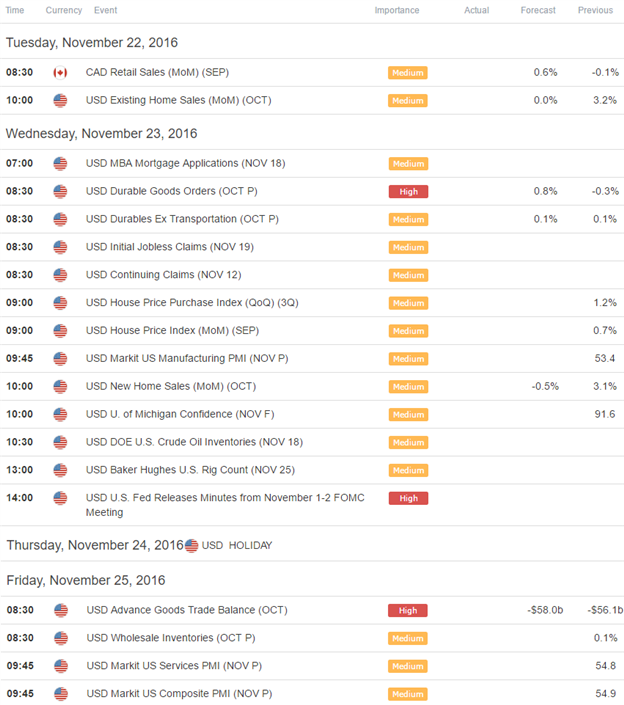