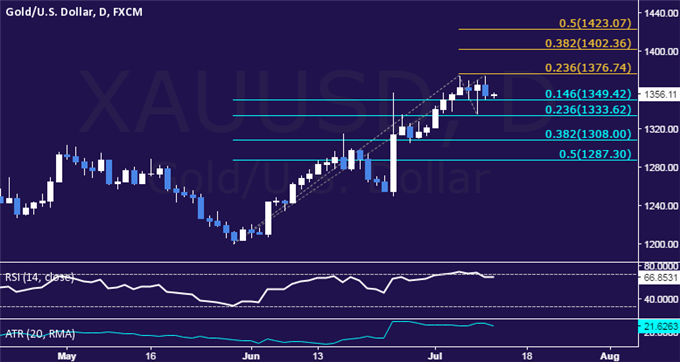 Curiously, Fed policy bets appear to have played a role as well. Rate hike expectations have quietly firmed having plunged in the wake of the UK Brexit referendum. Indeed, the chance of a hike by year-end (embedded in Fed Funds futures) is now 28.7 percent compared with 11.8 percent last week. The rate level implied in the December 2016 contract posted the largest daily gain in 2 weeks yesterday.

Cautiously hawkish rhetoric from Esther George and Loretta Mester – Presidents of the Kansas City and Cleveland Fed branches respectively – may have helped inspire signs of life in the US policy outlook. It will be interesting to see if less overtly hawkish officials pick up the same narrative. Comments from Governor Daniel Tarullo as well as St. Louis and Minneapolis Fed Presidents James Bullard and Neel Kashaki are due to cross the wires today.

On the sentiment front, Brexit-related news flow is back in the spotlight. The Bank of England will publish minutes from the post-referendum FPC meeting and policymakers including Governor Carney will testify on financial stability before Parliament’s Treasury Committee. With the markets steadying after a sharp deterioration in financial conditions in the vote’s immediate aftermath, traders may be most interested in what the central bank is doing to soften Brexit’s longer-term implications.

Where are gold and crude oil prices heading in 3Q? See our forecasts here! 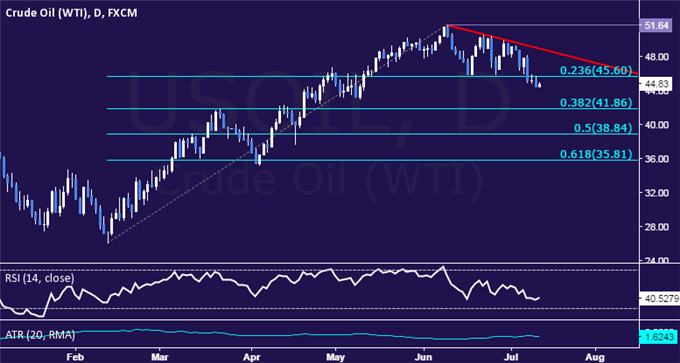