Philippine Peso prices broke above resistance at 53.74 (June, July, early September highs), signaling what could be resumption of the dominant near-term uptrend since early August. USD/PHP is also supported by a rising line from late August. The next target could be the 61.8% Fibonacci extension at 54.12, a push above that exposes the 78.6% level at 54.49. A descent through support could see the pair testing 53.24. 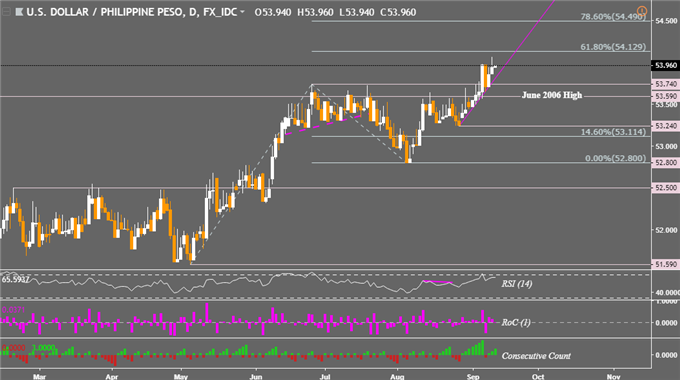 USD/SGD prices experienced a breakout as expected and it seems that the pair’s next leg could be lower. An Evening Star bearish reversal candlestick pattern emerged after a descent through the near-term rising trend line from late August. However, the pair remains upheld by horizontal resistance now support at 1.3745. The Singapore Dollar could eye the rising trend line from June should that area give way amidst negative RSI divergence as well. It warns that USD/SGD’s progress higher is running out of momentum. 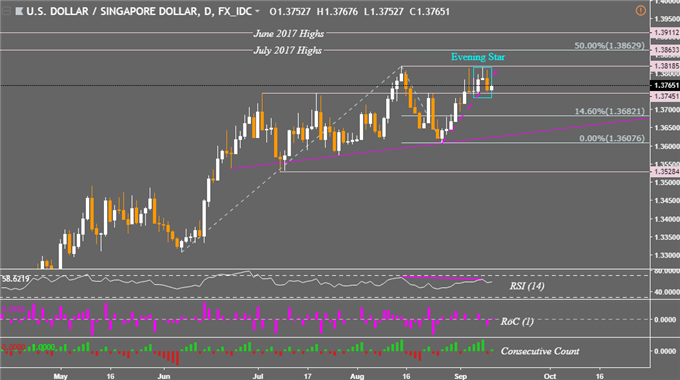 Malaysian Ringgit prices have clocked in a 12th week of consecutive losses against the US Dollar after the November 2016 resistance line was breached. Thus far, USD/MYR is on pace for a 13th week of upside progress. Completing this would mark its longest rising streak since August 2004, over 14 years ago. The pair’s uptrend could pause next on the 78.6% Fibonacci extension at 4.1617. Meanwhile support is at 4.1293. 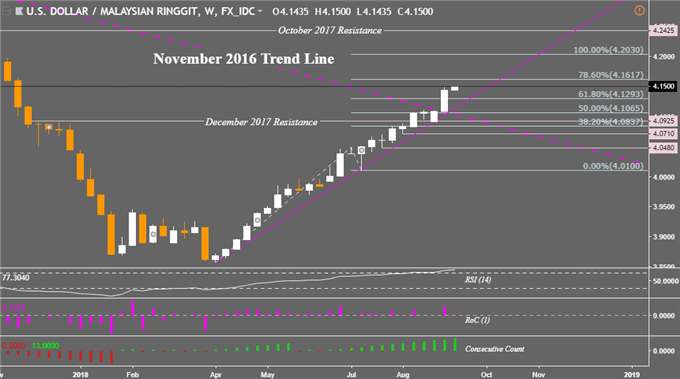 Since surpassing Asia Financial Crisis levels, the Indonesian Rupiah’s depreciation against the US Dollar has taken a break. Near-term resistance was formed around 14,930. With that, USD/IDR is now wedged in between that and the September 2015 high at 14,784. A climb above resistance exposes the 123.6% Fibonacci extension at 15,003. Meanwhile, a push under support exposes a near-term rising support line from August. 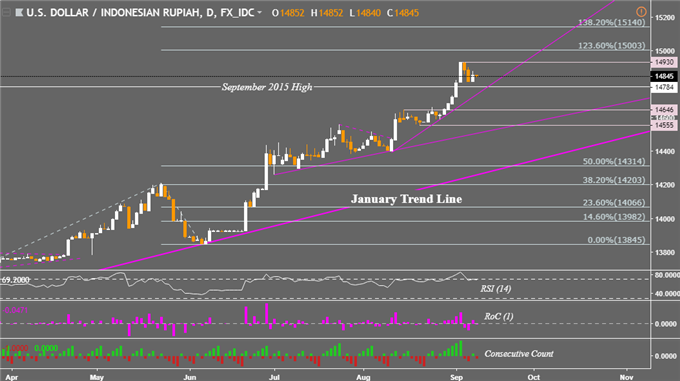