Copper traded slightly lower on Tuesday, discouraged by a revised sales forecast from Freeport-McMoRan. The US-based mining behemoth reported strong Q4 earnings on Tuesday, boosted by elevated copper prices and a recovering global economy. However, the company trimmed its 2021 copper sales volume forecast to 3.8 billion pounds from last October’s 3.85 billion. A stronger Greenback is also dragging on commodity prices, with the DXY index up over 0.30% since the start of January.

Copper versus US Dollar – Daily Chart 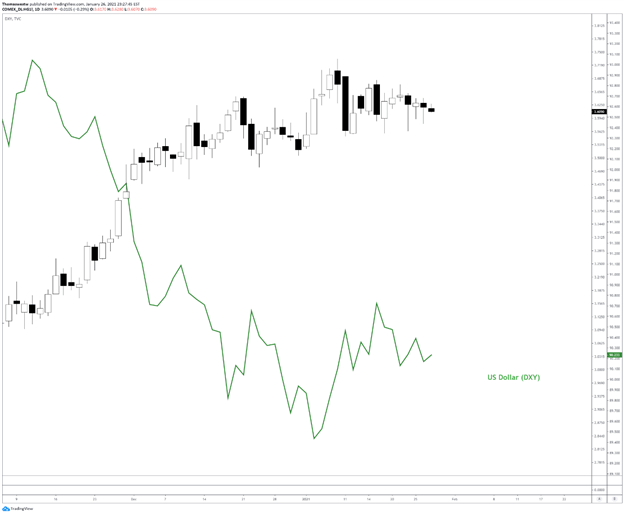 The red metal’s outlook remains largely positive amid a weak US Dollar, rebounding global economy and a green energy revolution. China, a major global importer and consumer of copper will remain vital to prices. While Chinese copper imports slowed towards the end of 2020, China imported a record 6.68 million tons, according to the General Administration of Customs. 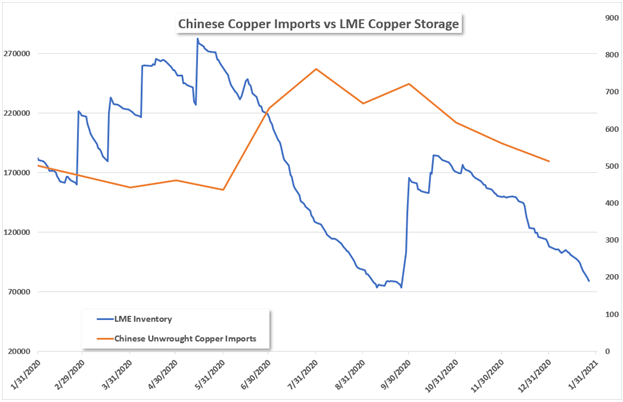 Strong import demand from China is likely to continue as stimulus efforts focus on bolstering the economy through infrastructure related spending. The latest economic outlook from the IMF (see below) projects the Chinese economy to expand 8.1% this year on an annual GDP basis, supporting a robust recovery outlook. The pace of imports may continue to slow depending on the Chinese economy’s appetite for the metal. 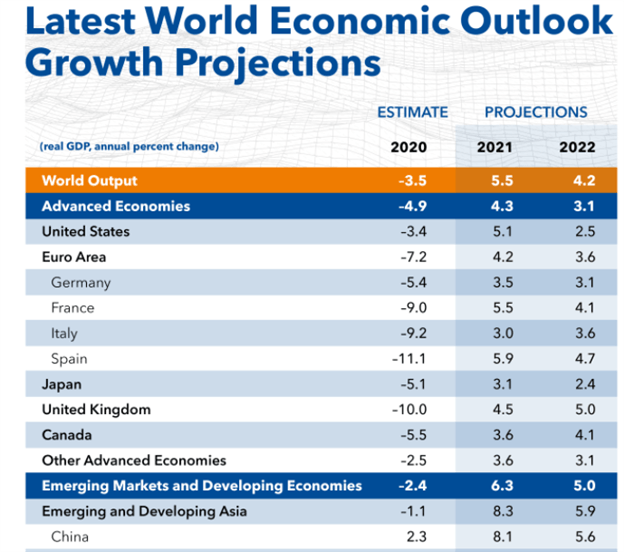 The United States may drive price action in the coming weeks and months as lawmakers grapple over President Joe Biden’s $1.9 trillion stimulus aid proposal. Currently, Republican lawmakers are voicing objections over the immense size of the aid package, raising concerns over the chances of getting it passed through an already tightly divided Congress.

The relief package would help shore up the economy, but its passage may serve as a proxy to judge overall support for a more targeted infrastructure package down the road. Democrats want a robust infrastructure bill focused on green energy, which is heavily dependent on copper and other industrial metals. Thus, the US political climate may be key for prices in the coming months.