With global equities declining for the first few weeks of September, the Japanese Yen was seen on favorable terms: it was the best performing major currency alongside the US Dollar. But in the last week of September, with Shinzo Abe stepping down as Japanese Prime Minister and global equities turning higher, the Yen fell out of favor. The near-term headwinds against the Japanese Yen appear to have strengthened in the past 24-hours amid two key developments, one local and one foreign.

First, the Tankan survey of large manufacturers – a BOJ-curated report that is a guidepost for policymakers – showed that the economy was rebounding at a slower than anticipated pace. Second, ongoing talks between Congressional Democrats and the Trump administration over another fiscal stimulus program have spurred risk taking in financial markets, undercutting the Yen as a safe haven. 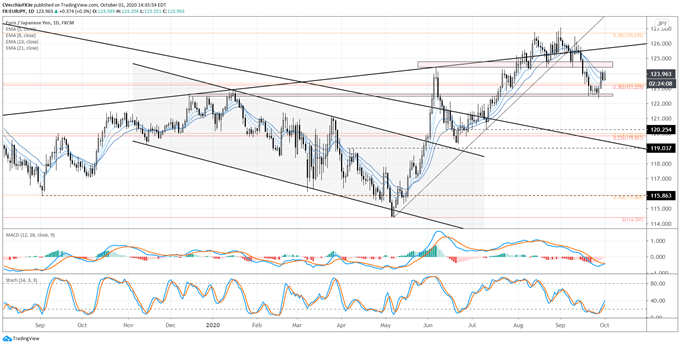 Not much has changed in recent day since our last EUR/JPY rate forecast update, insofar as the pair remains trapped within the range that we are observing. “EUR/JPY rates have recently found support in familiar territory, where the December 2019 highs were carved out after returning to the uptrend from the September 2012, September 2016, and January 2019 swing lows.”

That said, it was also noted that “clearing the Fibonacci retracement cluster zone around 123.23/36 would give greater confidence in a near-term rebound higher,” which has been achieved. Traders should keep an eye on the shift in momentum, which is evidenced by the turn higher by Slow Stochastics and the bullish crossover signal (albeit in bearish territory) in daily MACD. Moving back above 125.00 would perhaps be the clearest sign that the market has fully turned the corner. 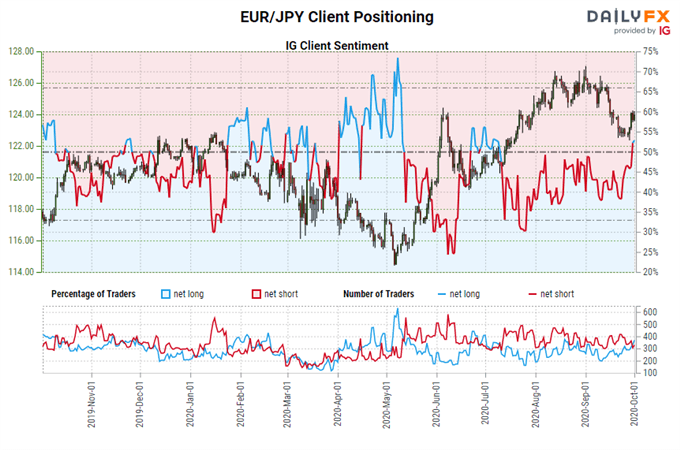 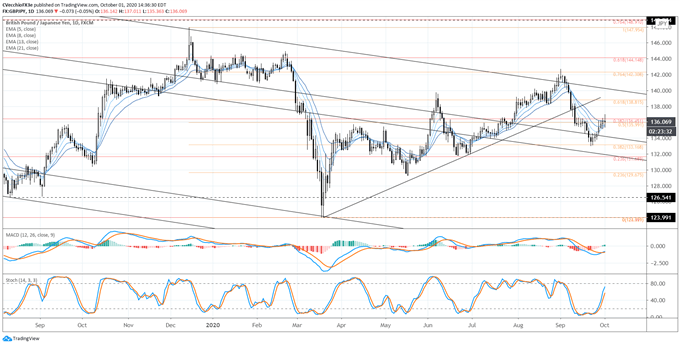 GBP/JPY rates have been influenced not only by the aforementioned factors regarding global equities and Japanese economic data, but by Brexit headlines as well – which has enhanced the volatility of GBP/JPY rates relative to the other JPY-crosses mentioned in this report. But with Brexit negotiations appearing to reach a place of conclusion to avoid the worst case scenario, GBP/JPY has been able to spring higher on the back of the equity market rally.

The momentum shift in GBP/JPY has been more apparent than that in either EUR/JPY or USD/JPY. GBP/JPY rates are fully above the daily 5-, 8-, 13-, and 21-EMA envelope (which is in neither bullish nor bearish sequential order). Slow Stochastics are rising through the median line, while daily MACD’s bullish crossover signal arrived earlier than EUR/JPY’s or USD/JPY’s. Advancing through the current Fibonacci retracement cluster around 135.99/136.45 would be seen as a positive development. 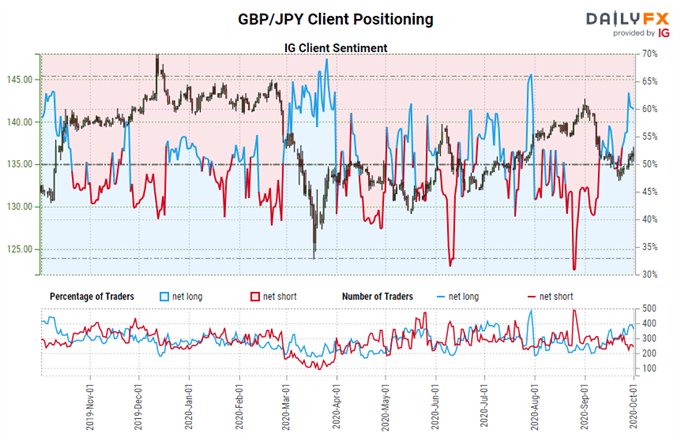 We typically take a contrarian view to crowd sentiment, and the fact traders are net-long suggests GBP/JPY prices may continue to fall.

Traders are further net-long than yesterday and last week, and the combination of current sentiment and recent changes gives us a stronger GBP/JPY-bearish contrarian trading bias. 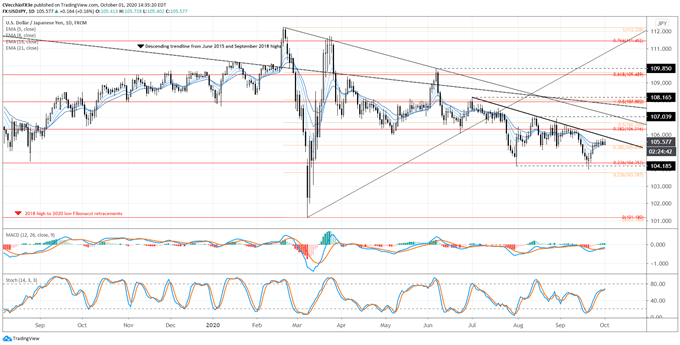 True, USD/JPY’s advance in recent days has been meager, with both the Yen and the US Dollar pressured by the unwind of the safe haven trade. Until the pair finds itself above the descending trendline from the July and August swing highs, there’s little reason to treat the recent bounce as anything other than a fluctuation within a range. It should be noted, however, that we have now seen four consecutive months that have produced ‘lower lows’ in USD/JPY – an ominous sign at the start of the fourth quarter. 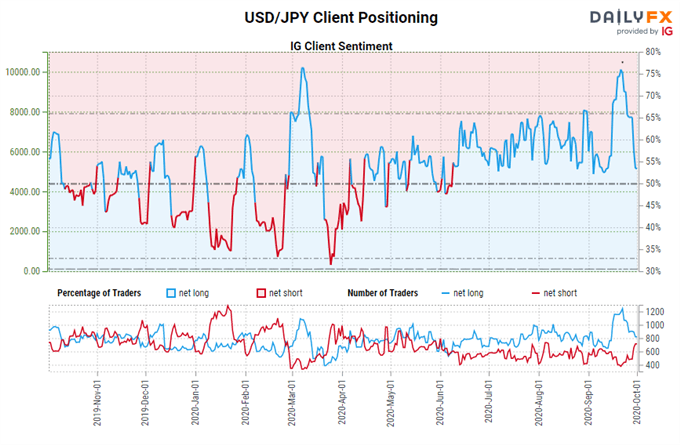