- With the Brexit deadline having been punted to October 31, it’s possible that the British Pound proves more sensitive to economic data in the meanwhile once more.

Rebounding energy prices over the past several months have seen inflation readings across the developed world stabilize at the start of 2019; the UK Consumer Price Index should be no different. The upcoming March UK inflation report is due to show headline inflation due in at +2.0% from +1.9% (y/y), while the monthly reading is due in a 0.2% from 0.5%. Core CPI is expected to have increased to 1.9% from 1.8% (y/y).

While the Bank of England’s Monetary Policy Committee has repeatedly made clear that the lack of clarity over Brexit would give pause to any change in policy, thereby neutralizing the impact of economic data, with the Brexit deadline having been punted to October 31, it’s possible that the British Pound proves more sensitive to economic data in the meanwhile once more. 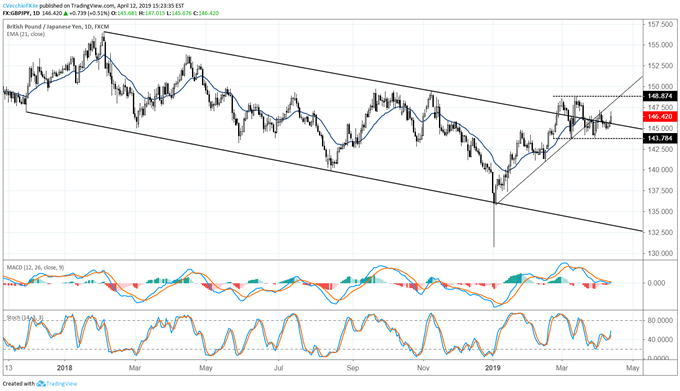 Since February 22, GBPJPY prices have traded in a range between 143.78 and 148.87. From one point of view, this means the cross provides little opportunity. From another point of view, the recent consolidation in GBPJPY price action may be akin to a coiling spring storing potential energy; the release of the kinetic energy, the breakout from the range, is worth waiting for.

Amid the sharp drop in volatility among the entire GBP-complex, and the broad improvement in risk appetite in general by the end of the week, GBPJPY found itself trading back in the top half of its near two-month range. Gains back towards the range high near 148.87, particularly in a week where there won’t likely be any developments on the Brexit front due to UK parliament being closed for Easter, shouldn’t be ruled out in the near-term. 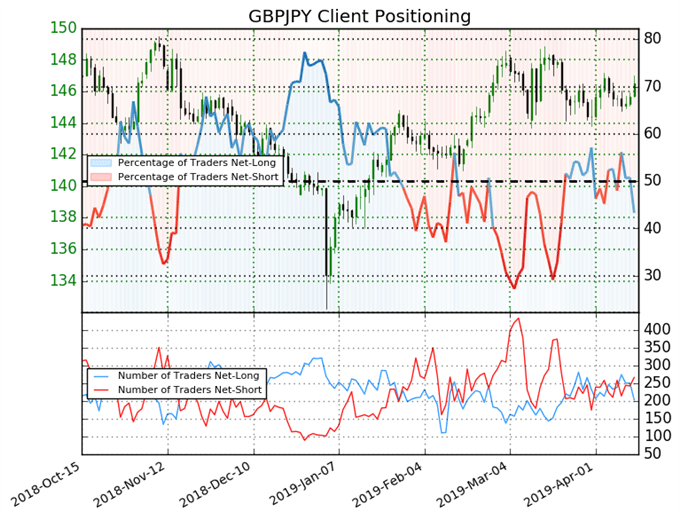