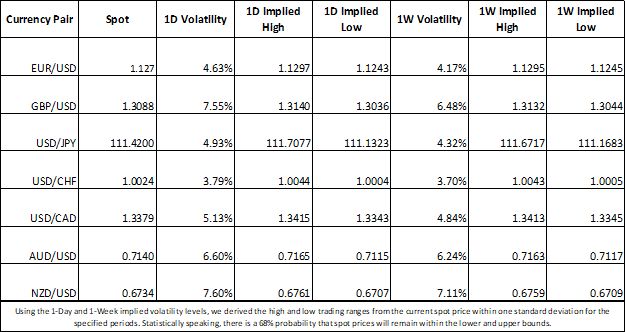 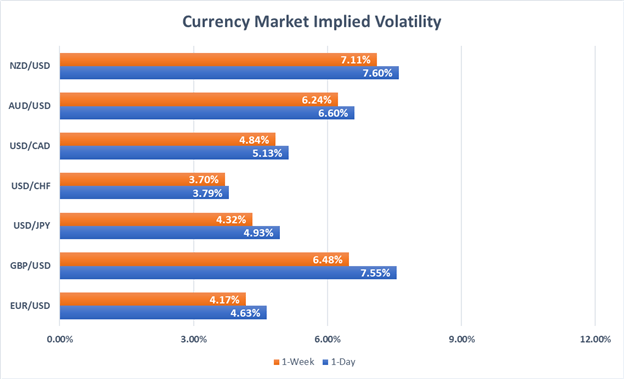 Prior to the EUCO’s offer to extend the Brexit deadline again, the UK was slated to sever itself from the EU on April 12 without a deal following British MPs rejection of Theresa May’s Withdrawal Agreement three separate times.

Check out this Brexit Timeline for a chronological list of events surrounding the UK’s withdrawal from the EU and how negations have affected markets.

Consequently, the ongoing impasse in the House of Commons increased the risk of a no-deal, ‘hard’ Brexit which bid up Sterling implied volatility measures. Now that British Parliament has until October 31 to decide the next direction of Brexit, currency option traders are no longer expecting significant price swings in the near future which is expressed by GBPUSD 1-week implied volatility plunging to its lowest level since December 2018. 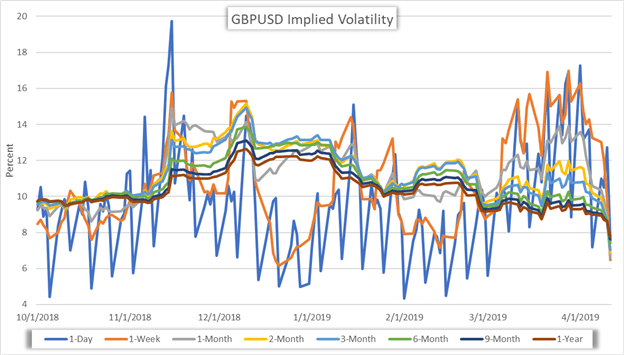 Implied volatility is an indirect variable derived from currency option contracts and is often viewed as a quantitative measure of hedging costs. With less uncertainty, hedging costs tend to fall as well considering the reduced level of risk. Consequently, the 6-month Brexit delay appears to have significantly reduced the risk of a major move in GBPUSD. However, this could in turn suggest that GBPUSD may trade in more established ranges instead of daily Brexit headlines regularly threatening sudden swells that carry the risk of developing into breakouts. 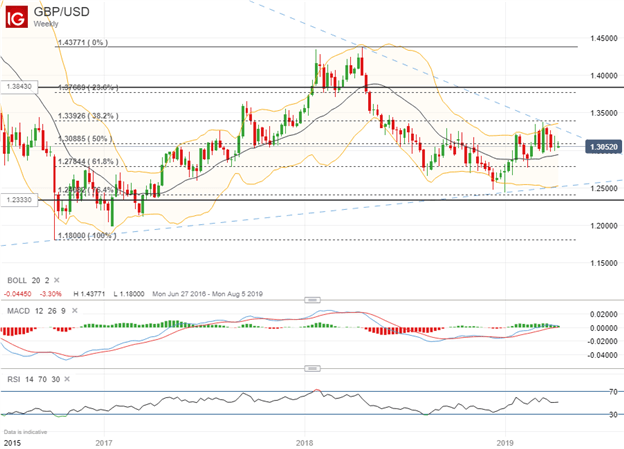 According to the derived 7-month implied volatility which encompasses the new October 31 Brexit deadline, GBPUSD will likely trade within a range of 1.2333 and 1.3843 over the next 7 months. This implied trading range aligns closely with the 76.4 percent and 23.6 percent Fibonacci retracement lines drawn from the low in October 2016 and high in April 2018 - levels that could also provide technical support and resistance. Although, spot prices could continue to coil between rising and falling trendlines shown above while the 61.8 percent and 38.2 percent Fibs may serve as other areas of confluence. 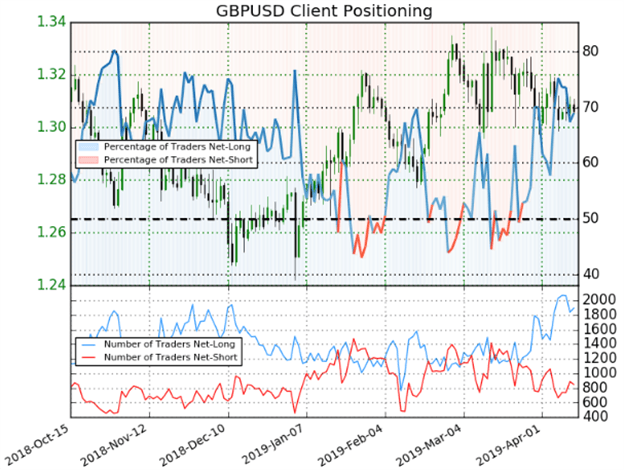 The latest client positioning data from IG shows that 69.0 percent of GBPUSD traders are net-long with the ratio of traders long to short at 2.23 to 1. According to the data, the number of traders net-long is 3.9 percent lower than yesterday but 14.5 percent higher than last week. Similarly, the number of traders net-short is 0.5 percent higher than yesterday and 15.7 percent lower than last week.