Japanese Yen has staged a modest fightback against the US Dollar, stymieing USD/JPY’s attempt to crack its range top.

The US Dollar seems to have faded out at a cluster of key resistances, which collectively represent the most significant recent daily-chart highs, made in late February. They come in in the 104.40-107-80 region, from which USD/JPY retreated quite sharply on Monday. 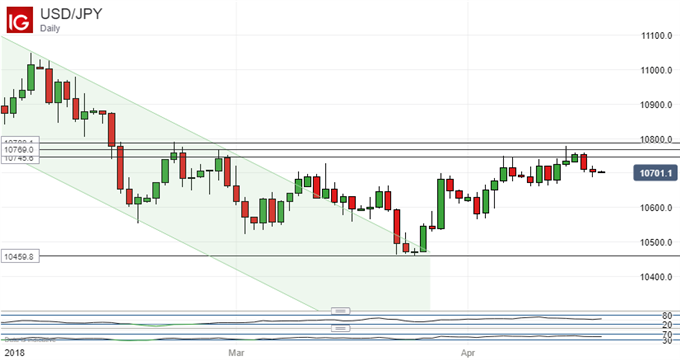 IF BULLS ARE GOING TO ACT, THEY NEED TO DO IT SOON

It’s possibly still a little early to say conclusively that this push higher has failed, but it’s looking peaky to see the least and the bulls probably have only a day or two to get it back on track.

Immediate support for the US Dollar is likely in a band between last week’s lows around 106.62 and April 5’slow of 105.69. If those give way, matters will get a little more serious for the bulls with the lows of late March around 104.60 coming into focus. 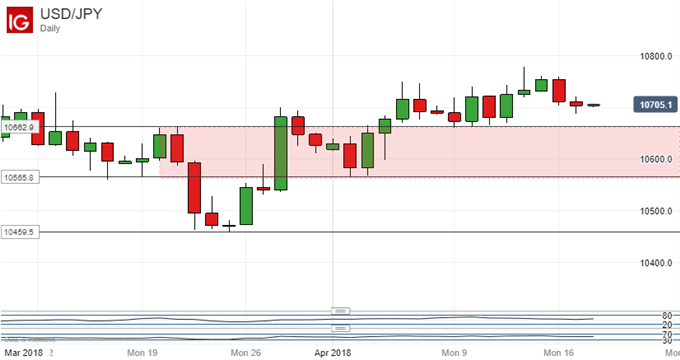 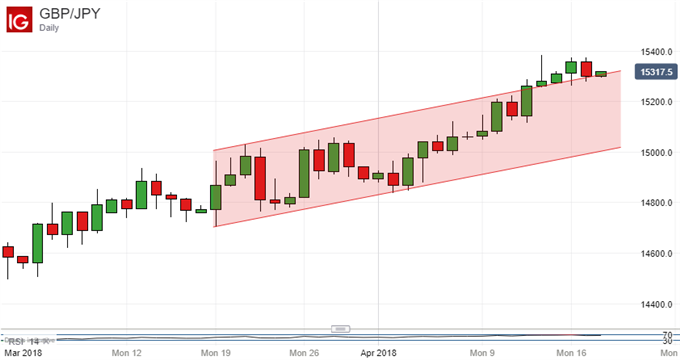 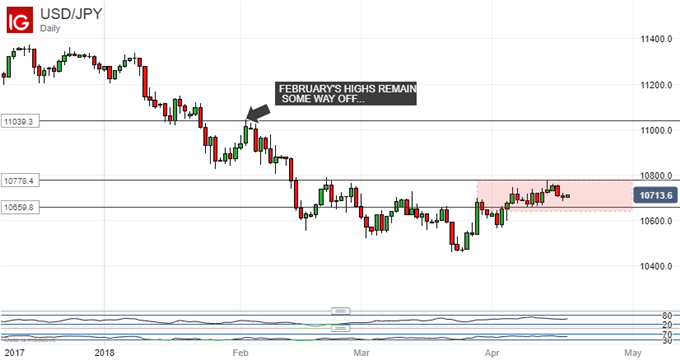 Should failure at the range top be confirmed this week, the trading bias will remain to the downside, with those range lows at 104.59 beckoning.

GBP/JPY HAS PIECED ITS CHANNEL TOP

Meanwhile the British Pound has been on something of a tear against all its major rivals, including the Yen. UK economic data continue to hold up on the whole, and markets still wonder whether the Bank of England might be moved to increase interest rates this month.

GBP/JPY has just broken above the uptrend channel which had guided it higher since md March. However, it has not done so very convincingly and the cross seems to be retreating back toward that range. 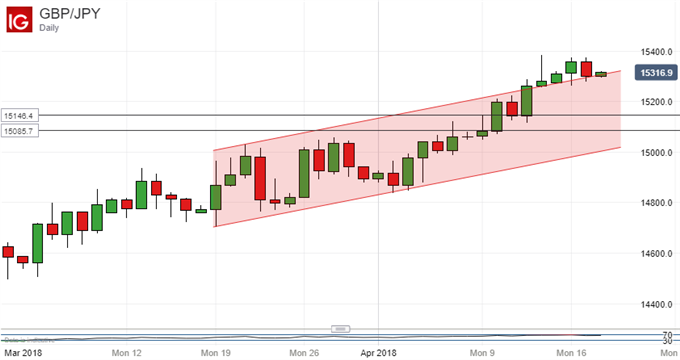 Near-term support is likely to come in at the lows of Tuesday and Thursday last week, assuming that the Pound beaks conclusively back into that uptrend band.

Whether you’re new to trading or an old hand DailyFX has plenty of resources to help you. There’s our trading sentiment indicator which shows you live how IG clients are positioned right now. We also hold educational and analytical webinars and offer trading guides, with one specifically aimed at those new to foreign exchange markets. There’s also a Bitcoin guide. Be sure to make the most of them all. They were written by our seasoned trading experts here at DailyFX. And best of all they’re completely free.