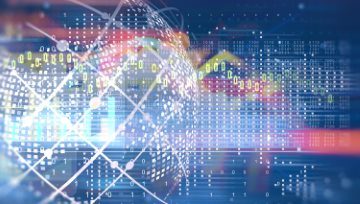 The WTO announced its latest global trade statistics and outlook yesterday which painted a melancholic picture of global growth in 2019. In its press release, the WTO published a stunning downward revision of GDP growth this year, cutting its forecast to 2.6 percent from its previous estimate of 3.7 percent. The report highlighted escalating trade tensions, waning fiscal and monetary stimulus in North America and Europe, in addition to structural changes to the Chinese economy as primary factors leading to the WTO’s lower GDP projections.

The WTO report labeled the economic slowdown in Europe and Asia as the main culprits to the downturn in trade considering the significant weight the two regions have as a proportion of the global economy. As such, dismal PMI data released out of the Eurozone recently could have contributed to the WTO’s downward revision to global outlook.

The global deceleration now appears to be spilling over into the US. The ISM Non-Manufacturing/Services PMI just touched its lowest level since August 2017 with the data print also coming in below Bloomberg’s median consensus. Plummeting sovereign yields can be viewed as another sign that the world economy is slowing, especially when considering the latest US Treasury yield curve inversion.

Despite economic data and numerous GDP estimates progressively pointing to slower and slower global growth, risk assets like stocks appear completely unfazed by deteriorating fundamentals. In fact, the MSCI World Equity Index has gained over 13 percent so far this year and is roughly 300 basis points away from its all-time high. 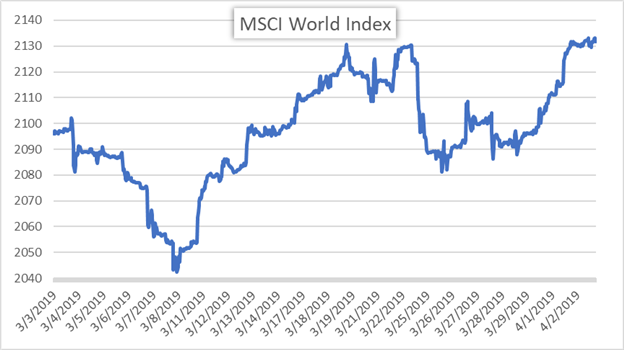 The surge higher in global stocks has been primarily driven by the dovish pivot in central bank policy from the Fed and ECB along with monetary stimulus from the BOJ and PBOC. Most recently, the ECB announced another round of TLTROs while the Fed cut its projection for future rate hikes in addition to stating the end of its balance sheet normalization.

As such, the MSCI World Equity Index was largely unchanged by the WTO’s press release announcing its downward revision to world trade forecasts. Although central banks around the globe will likely keep responding to economic weakness with dovish monetary policies that ease financial conditions, there may soon come a tipping point where gloomy fundamentals overwhelm investor sentiment and consequently push risk assets lower.