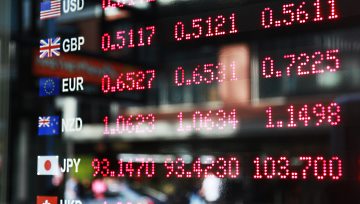 Where are major currencies and indexes going in the year’s final quarter? The DailyFX Fundamental and Technical forecasts are out.

Japan was the Asia-Pacific market focus Monday as Prime Minister Shinzo Abe stormed back to power following the weekend’s election.

His victory had been widely expected but the prospect of years more ‘Abenomics,’ and the ultra-loose monetary policy which will come with it, was enough to see the Yen tick lower. Indeed USD/JPY made a three-month high.

The Nikkei usually likes to see a weaker Yen and Monday provided no exception to this rule. The Tokyo index ended up 1.1%. However action elsewhere was much more muted on a day of scant local data. Australia’s ASX 200 failed to hang on to an early lead and finished the session down by 0.2%. Both South Korea’s Kospi and the Shanghai composite were higher, but not by much, with the Hang Seng down 0.6%.

Apart from the Yen’s slide, currency investors bid the New Zealand Dollar back up again Monday, although NZD/USD remains well down since the announcement of a surprise Labour/New Zealand First coalition government last Thursday.

Gold prices slipped as the US Dollar rose, while crude oil prices gained on worries about Middle Eastern supply and strong US demand.

There’s a lot of data still to come on Monday’s slate, but little of huge likely consequence for the markets. Eurozone consumer confidence may be the headline act, but the Chicago Federal Reserve’s national activity index is coming up too, along with the Confederation of British Industry’s business optimism poll.