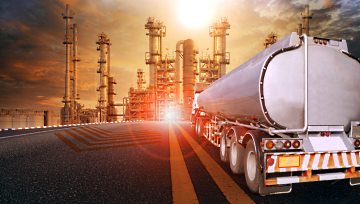 Asian Stocks Climb Once Again As Commodity Prices Hold On

How is your favourite currency thought of by retail foreign exchange investors? Check out the DailyFX Sentiment Page for more.

Asian stocks rose Tuesday as commodities held on to gains made the day before after China’s factory gate prices surged. Equity gains came despite new worries about North Korea whose deputy ambassador to the United Nations warned Monday that nuclear war could break out at any moment.

Still, copper prices remained firm at three-year highs as investors looked hopefully toward China’s official third-quarter growth figures which are coming up on Thursday. The Nikkei added 03%, with the ASX 200 up 0.7% as its miners gained.

The US Dollar meandered against major rivals. It got some support from the rising Treasury yields which accompanied speculation that President Donald Trump might favour a monetary “hawk” as successor to Federal Reserve Chair Janet Yellen. Her term at the helm will end in February- asuumng she is not asked to stay on. The Australian Dollar was knocked by the minutes of the Reserve Bank of Australia’s last policy meeting. Rate setters were at pains to point out that the link between Aussie interest rates and higher rates elsewhere was not automatic, and they also worried about the effects of too much currency strength. However AUD/USD made all its losses back as the session went on.

Gold prices got a little support from those North Korean comments. Crude oil prices held firm on rising tensions between the US and Iran and on news of Iraqi forces entering Kurdistan.

Still to come Tuesday is the German ZEW survey along with UK consumer, producer and house-price data. US industrial production and import price data are also due and Bank of England Governor Mark Carney will provide some of his regular testimony to the British Parliament. The Eurozone’s economic sentiment survey is coming up too.