AUD/USD trades below the 0.7000 handle for the first time since 2016 as data prints coming out of China, Australia’s largest trading partner, highlight a slowing economy, and the exchange rate may continue to depreciate over the remainder of the week as it snaps the range-bound price action from the end of December. 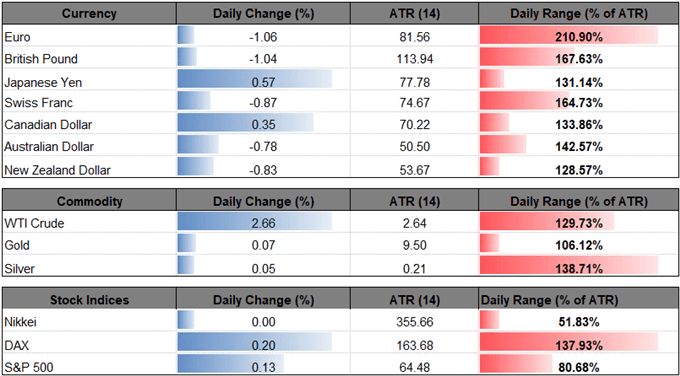 The contraction in China’s Purchasing Managers Index (PMI) appears to be weighing on AUD/USD as the dismal development rattles the economic outlook for the Asia/Pacific region, and the lingering threat of a U.S.-China trade war may continue to produce headwinds for the Australian dollar as the Reserve Bank of Australia (RBA) shows little to no interest in raising the official cash rate (OCR) off of the record-low.

It seems as though the RBA will stick to the sidelines throughout the first-quarter of 2019 as ‘there had been some signs of a slowing in global trade,’ and Governor Philip Lowe & Co. may merely attempt to buy more time at the next meeting on February 5 as ‘growth in household income remains low, debt levels are high and some asset prices have declined.’

With that said, the opening range for 2019 instills a bearish outlook for AUD/USD as the exchange rate initiates a fresh series of lower highs & lows, and the ongoing skew in retail interest warns of further losses as recent pickup in volatility fuels market participation. 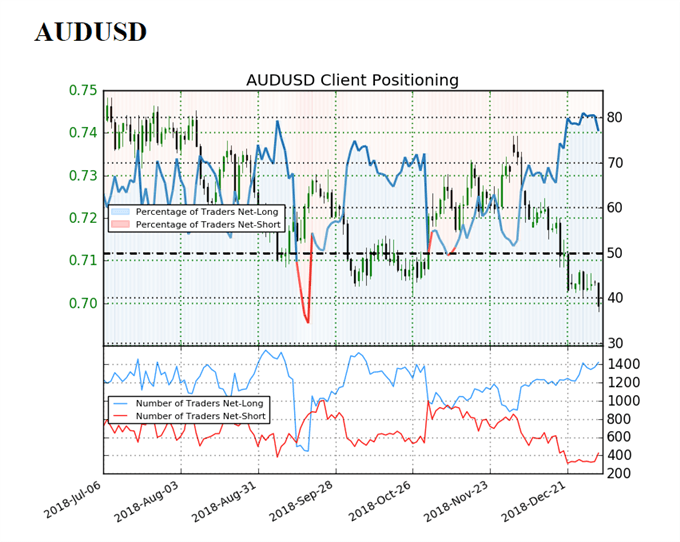 Despite the recent surge in net-short position, the persistent tilt in retail interest offers a contrarian view to crowd sentiment especially as the RBA seems to be bracing for a weaker exchange rate. In turn, the broader outlook for AUD/USD remains tilted to the downside, with the exchange rate at risk of extending the recent series of lower highs & lows as it continues to track the downward trend from December. Sign up and join DailyFX Currency Analyst David Song LIVE for an opportunity to discuss potential trade setups. 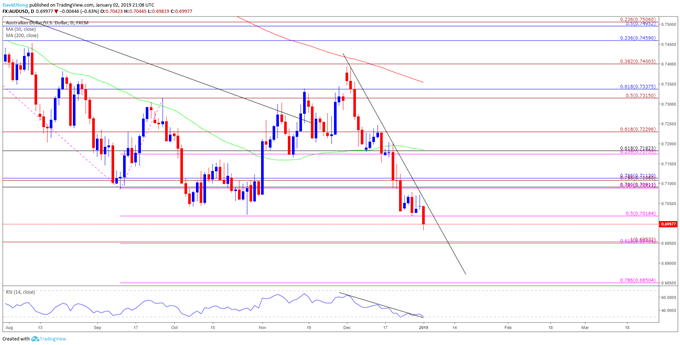