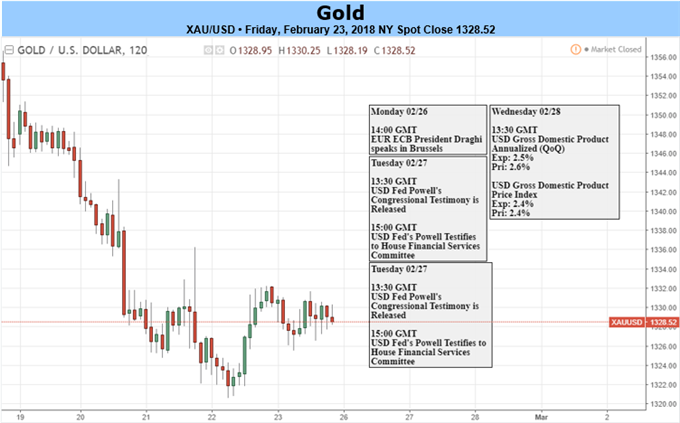 Gold prices are lower this week with the precious metal off by more than 1.3% to trade at 1328 ahead of the New York close on Friday. The move is on pace to mark the largest weekly decline this year and comes on the back of a rebound in the greenback. Despite the declines however, price has continued to consolidate within the broader January range.

Minutes from the latest FOMC policy meeting released this week suggests Fed officials see an “increased likelihood” for “further” interest-rate increases this year. Higher rates tend to weigh on demand for non-yielding assets like gold but losses have been limited as the outlook for inflation continues to build. While the fundamental picture remains clouded by these opposing forces, the broader technical picture remains clear and for now, the pullback remains within the confines of longer-term uptrend.

Looking ahead to next week the focus will be on the second read on U.S. 4Q GDP figures with consensus estimates calling for a downward revision to an annualized 2.5% q/q from 2.6 q/q. For gold, prices may yet have lower to go but we’re generally on the lookout for support heading into the March open. 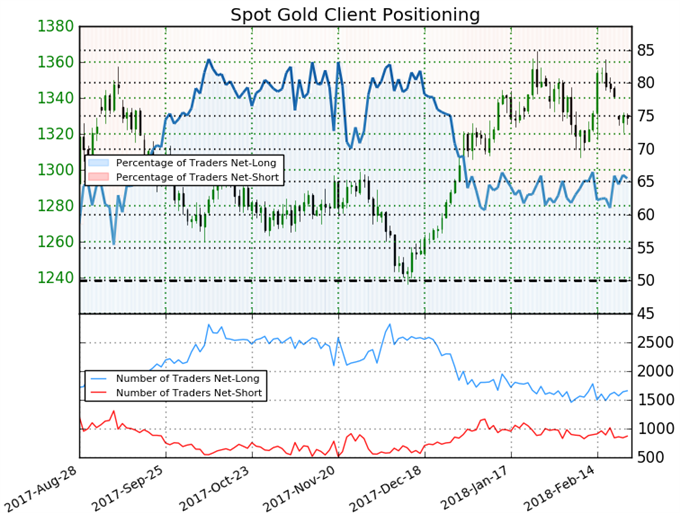 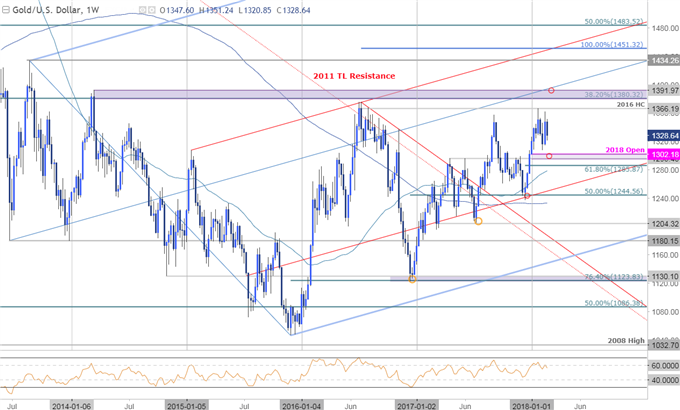 Gold prices have continued to consolidate below the yearly high with January high with a clear yearly opening range taking shape. Weekly support rests with the yearly open / April swing highs at 1295-1302. 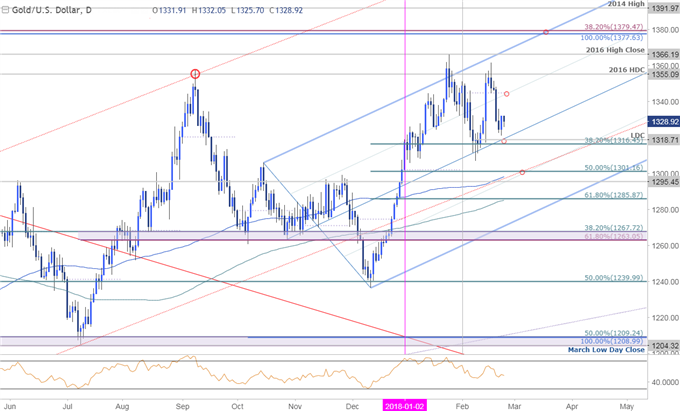 A sharp reversal just ahead of the pitchfork resistance late-last week followed through with a break below the monthly open at 1345 fueling accelerated losses in gold prices. Interim support now rests at 1316/18 – a break there risks a larger correction towards the 1295-1301 support zone. 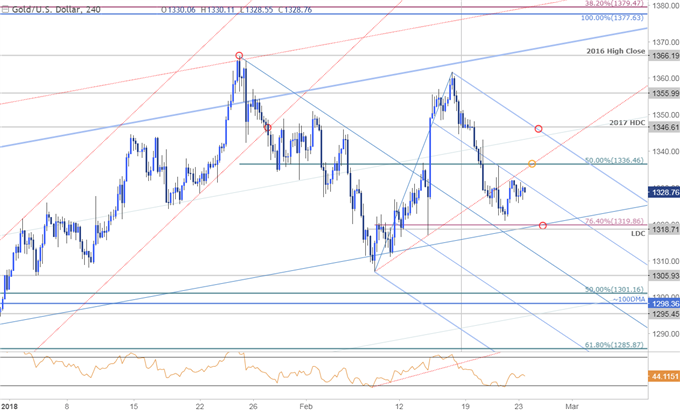 A closer look at gold sees prices trading within the confines of a descending pitchfork formation extending off the yearly highs with the upper parallel highlighting near-term bearish invalidation at the monthly open / 2017 HDC at 1345/46. Look for interim resistance at 1336 heading into next week with confluence support eyed at the monthly low-day close at 1318- look for a reaction there (area of interest for near-term exhaustion).

Bottom line: We could see a continued reprieve of the recent downside pressure early next week but the risk remains lower while within this formation and we’ll be looking for a reaction on a move into 1318.