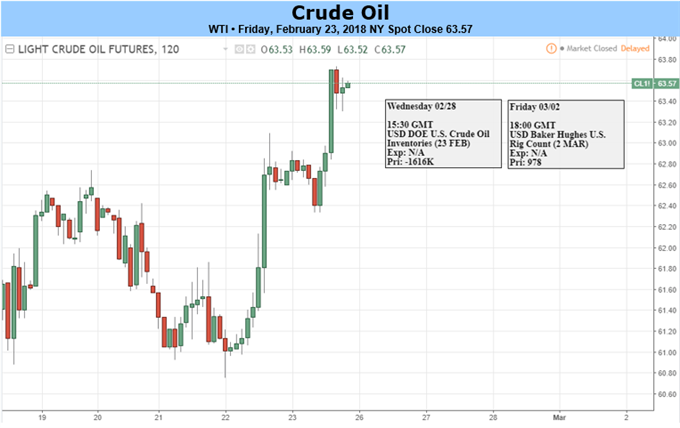 After this week’s EIA Crude Oil Inventory Report and International Petroleum Week come to a close, Shale Oil producers in the US are looking pretty smart. Shale Oil producers took advantage of surging demand by ramping up production, which has been confirmed as a wise moving after surging Oil export data showed 2 million barrels a day leaving the US for the second time ever.

The price of Crude Oil traded to the highest level in two weeks on dropping crude oil supplies to the tune of 1,617 thousand barrels marking the largest draw in five weeks. Another show of Oil market support was that the nation’s main storage facility in Cushing, Oklahoma fell to the lowest since 2014 as oil gets pushed to the Gulf Coast.

Over the last 12-months, US Crude Oil inventories have fallen by 34.23% as persistent stockpile drawdowns are no match for the often feared US Supply. As mentioned in FX Closing Bell on Thursday, Bears are often simply looking at one side of the problem instead of the other side that may be the solution to the oil market. 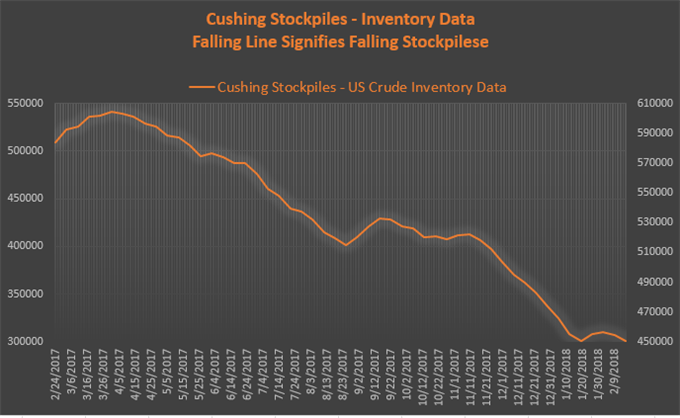 Outside of the positive US inventory data was the outlook from the International Petroleum (IP) Week that also encouraged drillers to keep drilling. First, demand outlook remains strong but may lend to oil market volatility. However, likely more important in the long term is the hope that OPEC and Russia can come to a long-term agreement to continue to curb production beyond the current agreement. The idea was aired by Suhail al-Mazrouei, the energy minister of the United Arab Emirates and a rotating president of OPEC.

Mazrouei said in a Bloomberg TV interview that he is drafting a charter to ensure that OPEC and strategic alliances can work together going forward by default to help avoid future gluts, and in some cases, shortages. The draft is not expected to be made public anytime soon, but a key sign that an agreement is in the works will likely be signaled best by the significance of Russia’s initial investment in Saudi Aramco, the Saudi-Arabian state oil company that is listing their shares later this year. A large Russia stake could signal a long-term alliance that seeks the support of Oil prices, and therefore, Aramco margins.

The technical focus on WTI Crude Oil remains at $63.62 as resistance, the January 30 low. However, Bulls of WTI Crude are seeing oil trade at a gain for the year again after a 2.5% rise in the week heading into Friday trading. An ability for WTI Crude Oil to break and close above $63.50 would align and favor a strong back to the 2018 high of $66.59/bbl.

Traders were likely encouraged by WTI’s front-month contract trading above the 50-DMA on a closing basis this week, currently at $61.63/bbl while backwardation extended back to the YTD high of $4.87 on the Dec18-Dec19 spread.

A move above $63.62 would align with a Bullish breakout per the Ichimoku cloud, which has been applied to the Crude Oil chart. Conversely, a break and close below $58.07, the February low would open up the potential for a much deeper reversal toward the 50% retracement at $54.34 or the 61.8% retracement at $51.44.

If you want to see Ichimoku Analysis in action, check out my new report, Ichimoku Charts that Matter 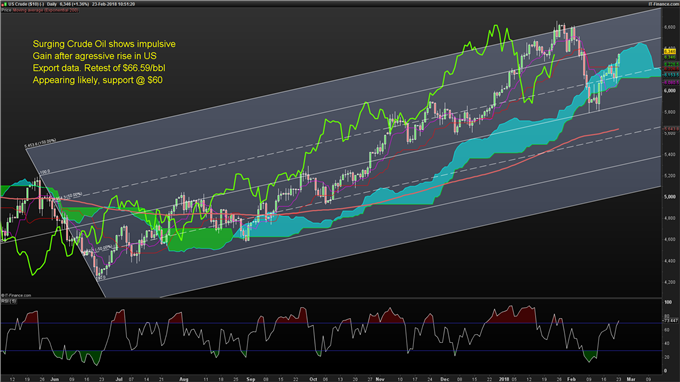 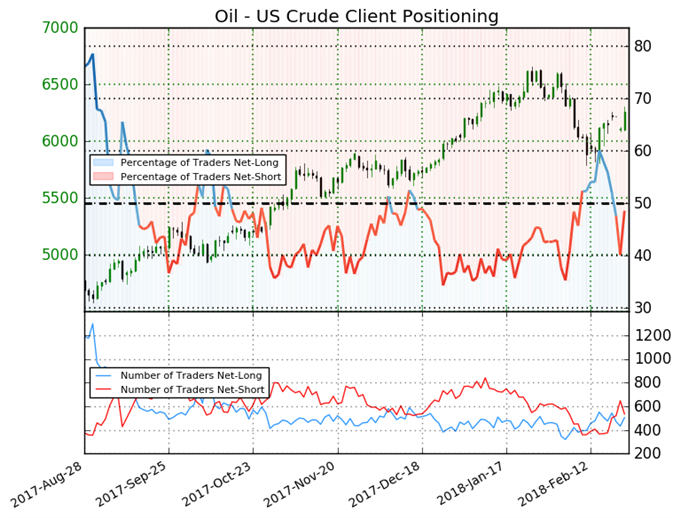 We typically take a contrarian view to crowd sentiment, and the fact traders are net-short suggests Oil - US Crude prices may continue to rise. Positioning is less net-short than yesterday but more net-short from last week. The combination of current sentiment and recent changes gives us a further mixed Oil - US Crude trading bias.