From start to finish, the coming trading week is loaded with high profile event risk - the type that can readily produce extreme volatility and even develop trend with theproper outcome. However, before we set out trade setups that would require exceptional scenarios, we should consider what can happen to markets and our trades should the unforeseen materialize. A defensive posture serves well when the chances of extreme market movement are high but the conviction of trend are highly uncertain. As always, the best trade options come from those trades that make it through a gauntlet of fundamental, technical and market condition analysis. Yet, we should also mind the environment which is better attuned to measured size, shorter duration, reasonable targets and forgiving stops.

Preparing for the storm to hit this week, the most at-risk currency will be the Euro. We are facing rounds of critical event risk. From the first tick of active trade in the Tokyo session will see EUR/USD respond to the results of the first round French election. As with the Brexit and US Presidential votes before it, this result will have two general outcomes: status quo or massive change. The former would come with a centrist majority or coalition that will keep the country more-or-less on track with its Eurozone and EU relationships. The latter reflects the interpretation should National Front come out ahead with the threats of referendum votes to withdrawal from the Union and Euro-area. Such an outcome would pose an extreme threat to the Euro's perceived stability as a reserve currency which can impact all its counterparts and risk trends itself. Even if we pass through the election without extreme market moves, we still have GDP readings from France and Spain as well as the ECB rate decision that can have a go at shaking things up.

The Euro isn't the only currency looking to experience volatility. The Pound and Dollar face their fundamental deluges. For the Sterling, a range of Brexit discussion between UK (Prime Minister, Chancellor, Brexit Minister) and EU officials is penciled in. The UK 1Q GDP release on Friday will give the shape of economic picture to a heavily trade-focused market - though genuine Pound movement will follow Brexit conclusions. For the Greenback, there is scheduled and unscheduled threats ahead. To close this past week, the Trump administration again stated tax reform proposals could be released in the coming week; yet the market is far more fastidious about its speculative run on policy promises. Meanwhile, US 1Q GDP, consumer confidence, Fed speak and an assortment of data will offer more measurable milestones. These happen to be the most loaded currencies and dockets, but there is plenty more ahead. We prepare for the volatile trading period ahead in this weekend Trading Video. 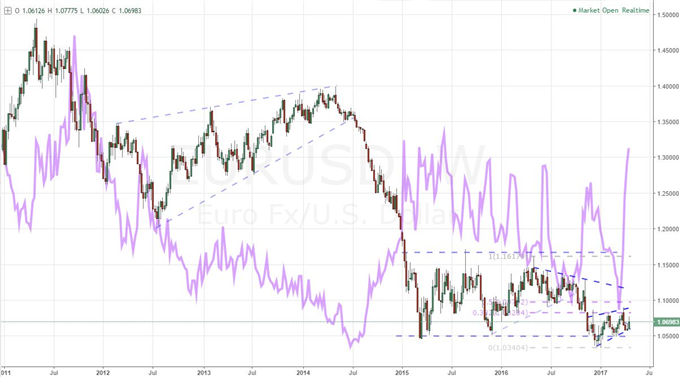 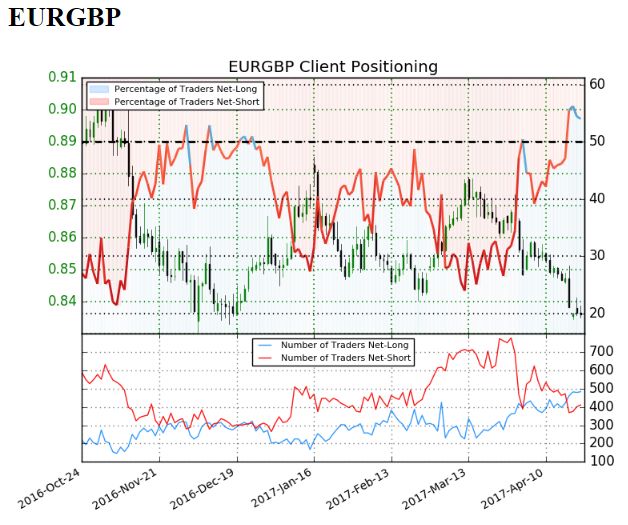