USD/JPY slips to fresh monthly lows even as Bank of Japan (BoJ) Governor Haruhiko Kuroda strikes a dovish outlook for monetary policy, and recent price action raises the risk for a further decline in the exchange rate as dollar-yen finally snaps the upward trend from earlier this year. 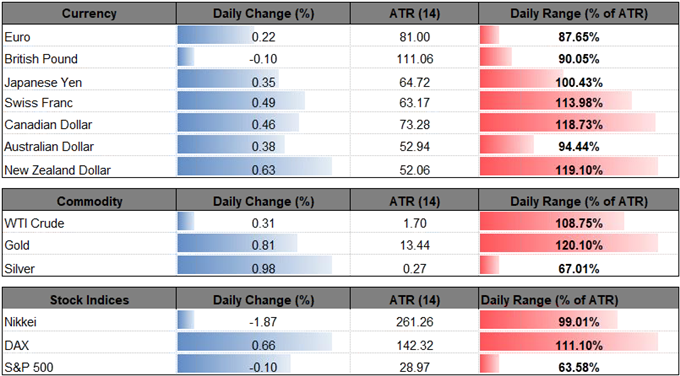 Fresh comments from Governor Kuroda suggest the BoJ has no intentions of moving away from its Quantitative/Qualitative Easing (QE) Program with Yield-Curve Control as ‘inflation is only 1 percent,’ and the central bank may continue to strike a dovish forward-guidance at the next interest rate decision on October 31 as price growth runs below the 2% target.

In contrast, the Federal Reserve may prepare U.S. household and businesses for an imminent rate-hike as the U.S. economy is now expected to growth 4.2% per annum in the third-quarter of 2018, and the deviating paths for monetary policy instills a long-term bullish outlook for USD/JPY as Chairman Jerome Powell & Co. appear to be on track to carry its hiking-cycle into 2019.

Nevertheless, USD/JPY appears to be on track to test the September-low (110.38) even as the lackluster U.S. Retail Sales report does little to influence the exchange rate, with the updates showing a 0.1% rise in September versus projections for a 0.6% print, and the ongoing series of lower highs keeps the downside targets on the radar as the bearish momentum appears to be reasserting itself. In turn, the current environment may keep USD/JPY under pressure as traders remain risk adverse, and the exchange rate may stage a larger correction over the coming days as the pickup in market volatility spurs a shift in retail interest. 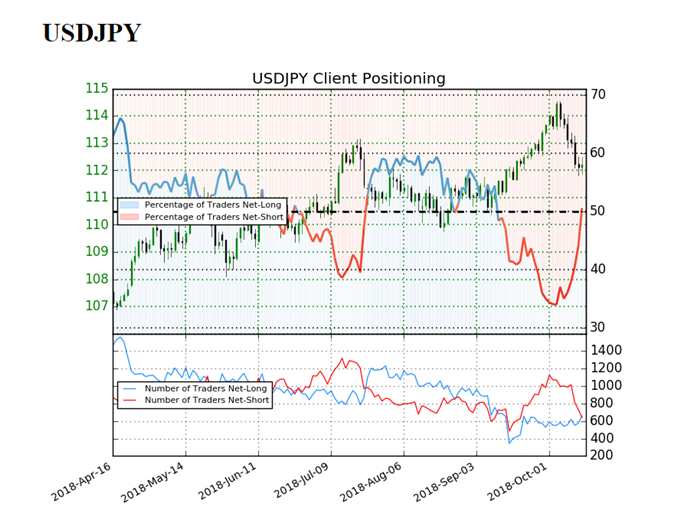 If the recent change in retail interest persists alongside the depreciation in USD/JPY, the developments may offer a contrarian view to crowd sentiment especially as the exchange rate snaps the bullish trend from earlier this year. Will also be keeping a close eye on the Relative Strength Index (RSI) as it comes up against trendline support, with a move below 30 raising the risk for a further decline in dollar-yen as the bearish momentum gathers pace. Sign up and join DailyFX Currency Analyst David Song LIVE for an opportunity to discuss potential trade setups! 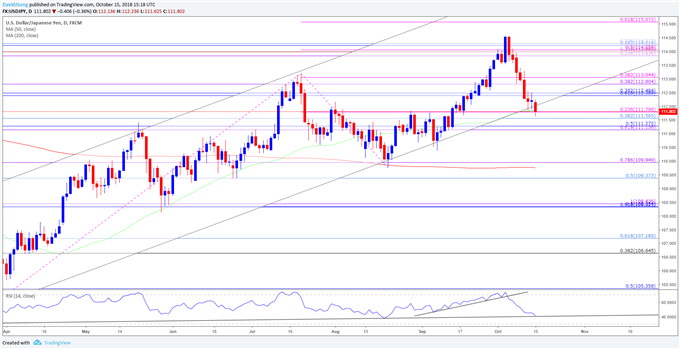 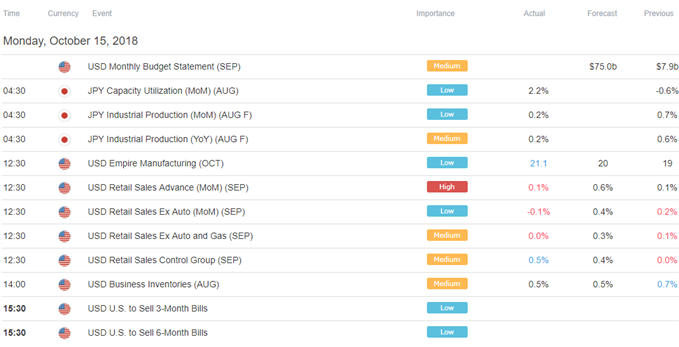