EUR/USD struggles to retain the advance following the larger-than-expected uptick in the Euro-Zone’s Consumer Price Index (CPI) as data prints coming out of the U.S. highlight a similar dynamic, with the core Personal Consumption Expenditure (PCE), the Federal Open Market Committee’s (FOMC) preferred gauge for inflation climbed to an annualized 2.0% during the first three-months of 2017.

Even though the Fed is widely anticipated to retain the current policy at its next interest rate decision on May 3, Fed Fund Futures are still pricing a greater than 70% probability for a June rate-hike, and Chair Janet Yellen and Co. may continue to prepare U.S. households and businesses for higher borrowing-costs as the committee appears to be on course to fulfil its dual mandate for full-employment and price stability. Despite the usual quiet period ahead of the two-day meeting, fresh comments from Fed Governor Lael Brainard and Philadelphia Fed President Patrick Harker, both 2017-voting members, may sway market expectations as the central bank start to lay out a more detailed exit strategy. 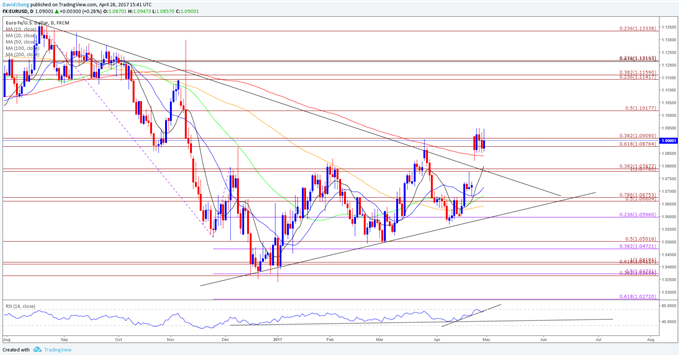 The Canadian dollar lags behind its major counterparts, with USD/CAD advancing to a fresh 2017-high of 1.3680 as Canada’s monthly Gross Domestic Product (GDP) report showed the growth rate holding flat in February. The recent weakness in the loonie may gather pace going into May as the Bank of Canada (BoC) looks poised to keep the benchmark interest rate at the record-low for the foreseeable future, but Canada’s Employment report may offer some relief as the economy is anticipated to add another 20.0K jobs in April. 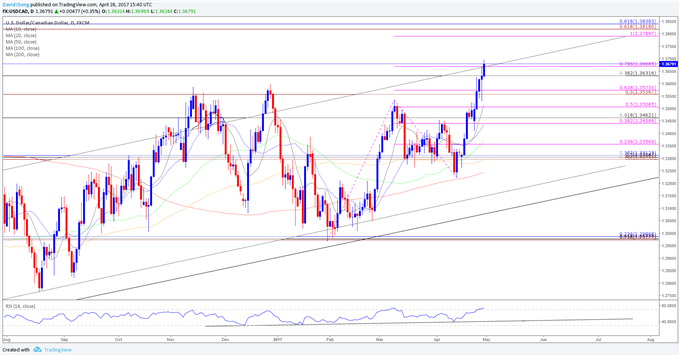 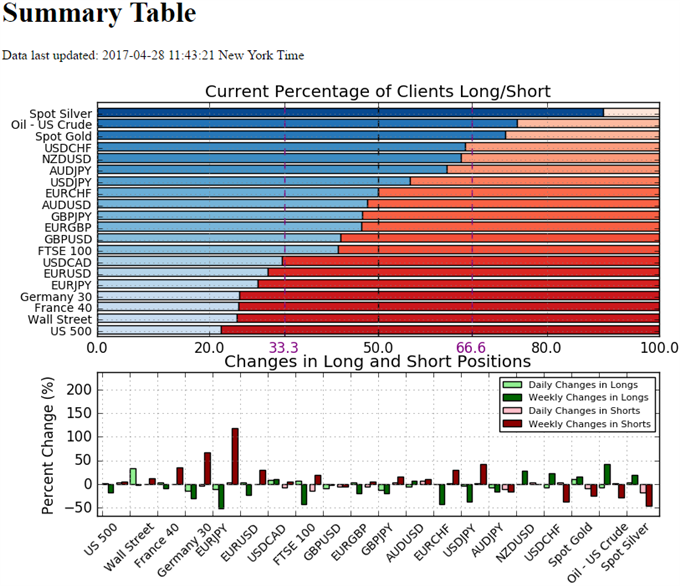 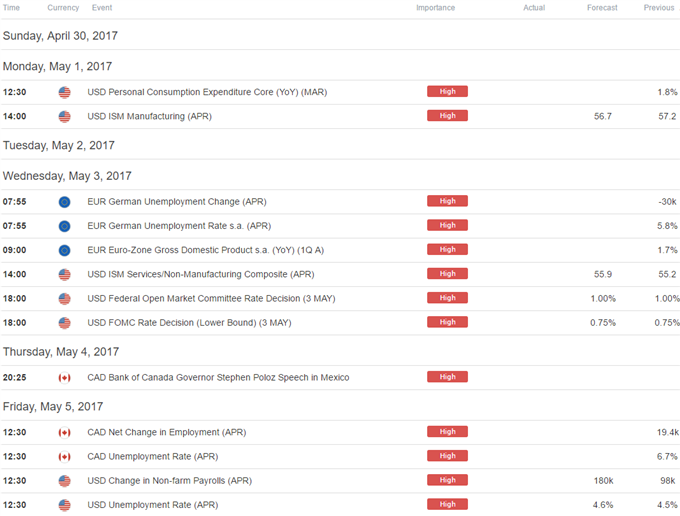