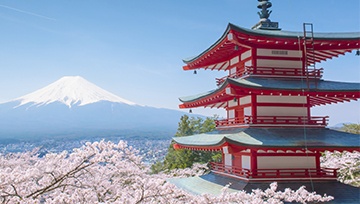 The Bank of Japan today left all monetary policy levers untouched, as expected, and confirmed that it would continue to control JGB yields to help boost the ailing Japanese economy, stoke inflation and keep the Japanese Yen depressed. At the same time, the central bank said that it doesn’t see a weak Yen ‘offering a big opportunity for Japan’s economy’ although if the ‘Yen’s decline is steady it would have a positive impact on the economy’. A mixed message but one that likely leaves the Japanese Yen set to drift lower with official intervention to prop up the currency only considered if USD/JPY falls too quickly or too far. There will come a time when markets will ignore further verbal warnings of intervention and fully test the central bank’s resolve to prevent the Yen from collapsing further.

In a further effort to boost the economy, Japanese Prime Minister Kishida announced a $200 billion spending package to help families and businesses with wages, energy costs, and tourism high on the support agenda.

The US dollar is pushing back after slipping over four big figures over the last week. Today’s move higher is aided by the recent rout in the US tech sector that has seen some of the mega-cap companies, including Meta and Amazon, slump by 20%+ after they released their Q3 earnings. The US dollar remains the safety play in times of trouble. 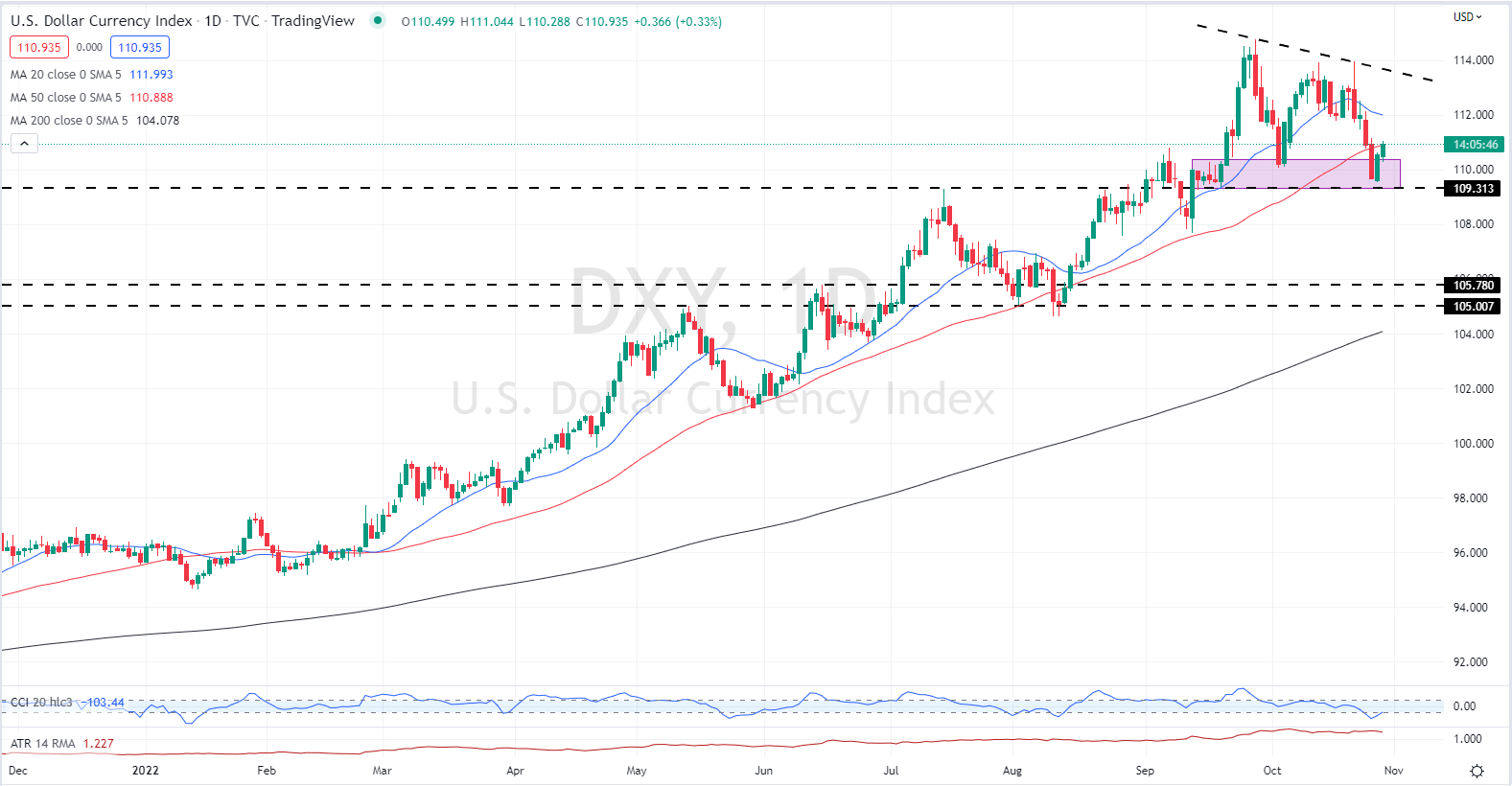 USD/JPY is trading back above 147.00 after last Friday’s intervention sent the pair tumbling to the mid-145s. Today’s move higher, on the back of a dovish BoJ, is muted but with US Core PCE released later today, any beat or miss of expectations, currently 5.2% y/y and 0.5% m/m, will add volatility into the pair ahead of the weekend. And it was mid-late Friday afternoon last week that the BoJ stepped in and bought the Japanese Yen, so care needs to be taken before the weekend starts.

For all market-moving economic data and events, see the DailyFX Economic Calendar. 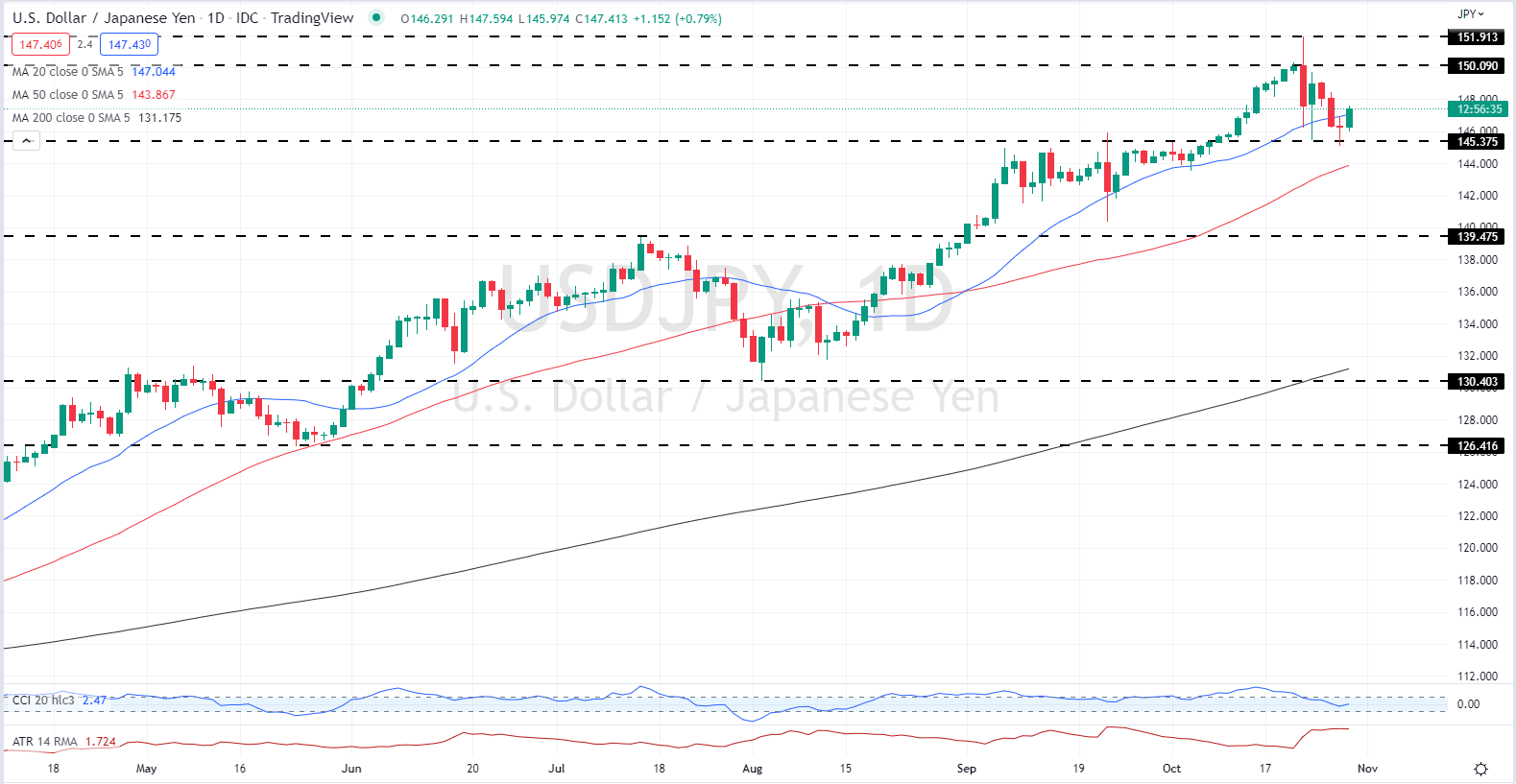 What is your view on the USD/JPY – bullish or bearish?? You can let us know via the form at the end of this piece or you can contact the author via Twitter @nickcawley1.