Japanese inflation rose to 3% in September, the highest it’s been in 8 years but still far from the extreme levels experienced in the US and Europe. Japan’s core consumer inflation includes price changes in fuel but excludes another volatile item, fresh food in providing a measure of price fluctuations. The latest reading marks 6 months that the reading has breached the Bank of Japan’s (BoJ) target of 2%.

Changes in BoJ interest rate policy are highly unlikely next week as the Bank foresees inflation dropping below the 2% target next year and would only consider interest rate hikes upon entrenched inflation or a considerable pick up in wage growth. However, the ‘core core’ measure of inflation, that excludes fresh food and fuel prices, continues to rise towards 2% and may lead to upward revisions in the Bank’s inflation forecasts for next year. A weaker yen has resulted in elevated import costs for raw materials for Japanese businesses which have filtered down to the consumer.

Japanese finance minister Shunichi Suzuki warned that FX speculators were being “strictly” dealt with by authorities but failed to elaborate any further. Japanese officials continue to refer to the undesirability of sharp FX moves, reassuring the public that the situation is being monitored closely.

The yen has depreciated around 30% against the dollar this year, with the timing coinciding with the widening interest rate differential between the two major economies. The stark divergence in monetary policy, with Japan favoring yield curve control and low interest rates while the US continues its pace of aggressive rate hikes, has provided a ‘carry trade’ that is set to continue as long as the respective monetary frameworks persist.

The chart below depicts this phenomenon as USD/JPY has risen alongside the US, Japan 10- year government bond differential (US10Y – JP10Y). 10-year Japanese government bond yields (green line) shows how effective the Bank of Japan (BoJ) has been in keeping borrowing costs low as it promised to purchase an unlimited amount of 10 year bonds to keep the 10 year yield below 0.25%. 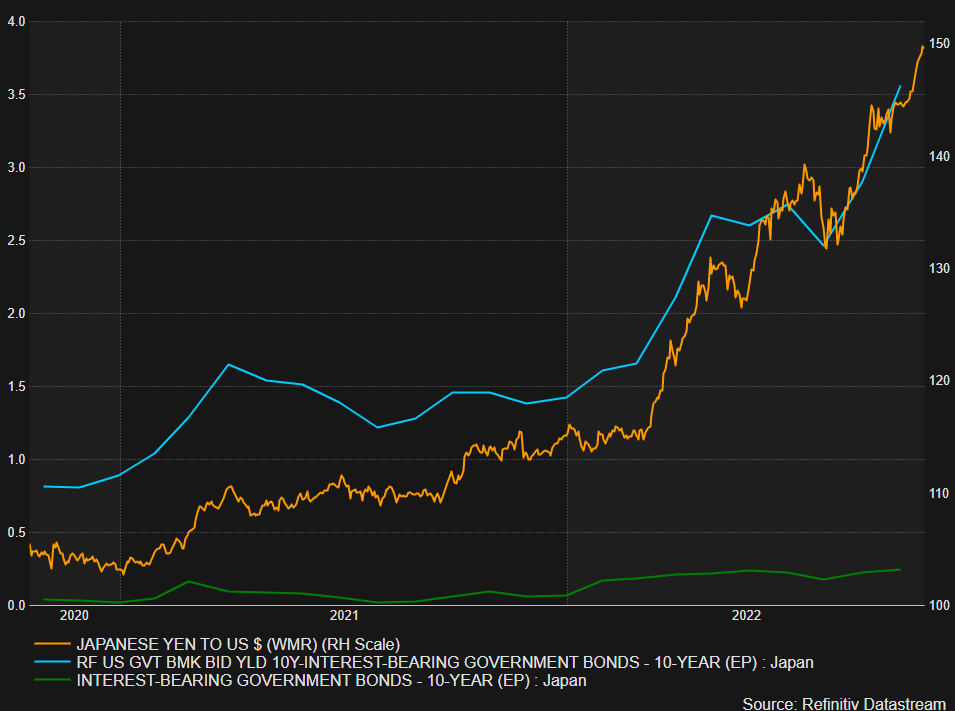 USD/JPY has not only reached the psychological 150 mark but remains above the crucial level as the European session gets under way, as the threat of another round of FX intervention remains a possibility at such elevated levels.

USD/JPY has achieved 12 straight sessions of gains in the lead up to the 150 level and has shown little sign of stopping since breaking above the prior intervention zone of 145/146. Surging US yields propel the dollar to greater heights. The RSI hasn’t shown signs of slowing but the overbought nature of the pair is something to keep in mind should we see a softer dollar next week.

Topside resistance is really tricky to ascertain provided that we last traded above 150, 32 years ago. Nevertheless, the 160 mark stands out as the next yardstick for an extended bullish continuation. The most relevant level of support is the 145.90 spike before the previous FX intervention took place, followed by 145. 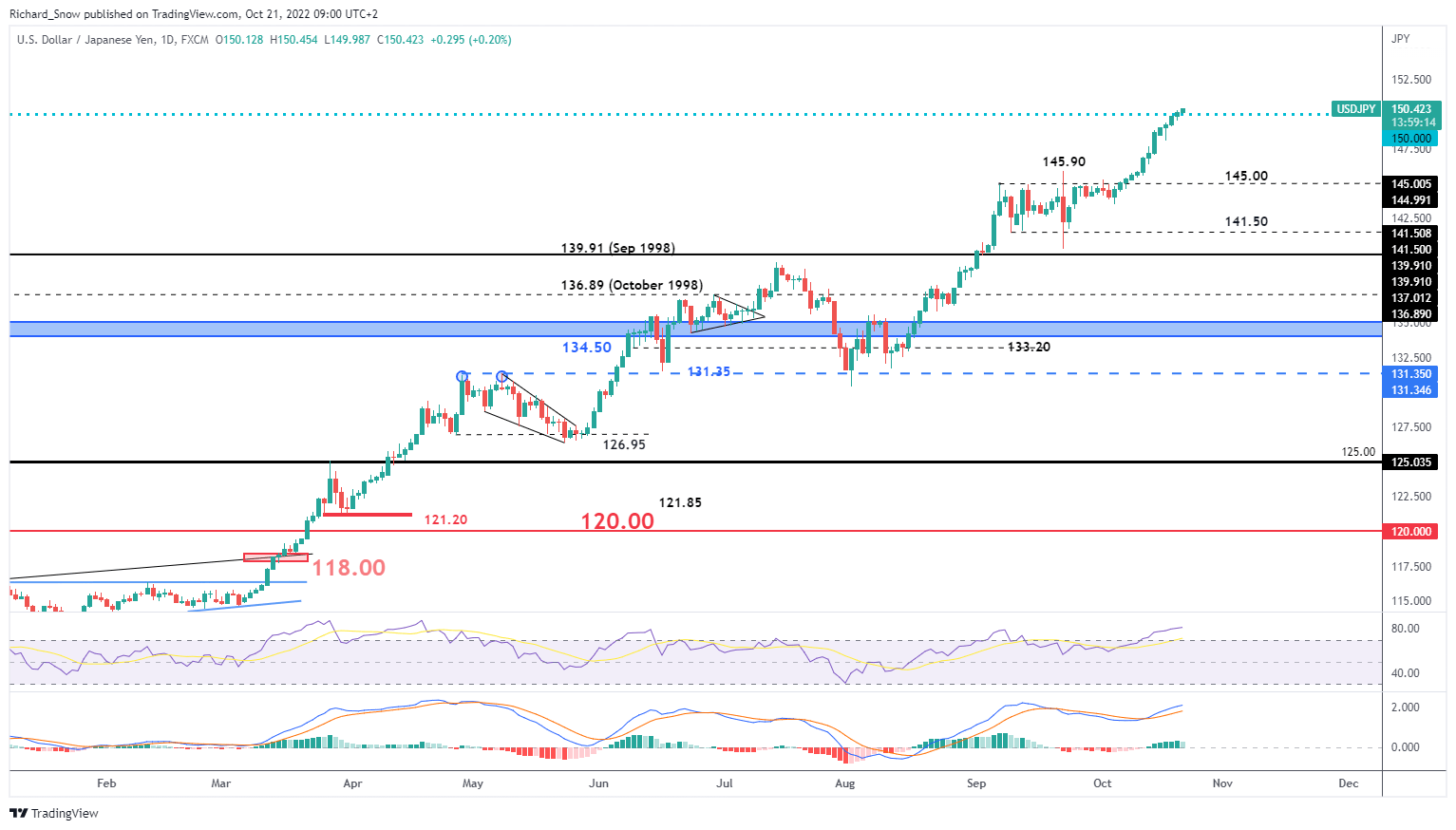 Major Risk Events into Next Week

Next week there is a busy docket with the BoC, ECB and BoJ deciding on interest rate changes as well as initial GDP figures for the US and Germany. Sticking to USD/JPY related events, we have US PCE inflation data, the Michigan consumer sentiment report and the BoJ quarterly outlook report to look ahead to.