USD/JPY Rate Susceptible to Another Oversold Reading in RSI

USD/JPY has broken below the September low (138.84) as remains under pressure following the larger-than-expected slowdown in the US Consumer Price Index (CPI), and the exchange rate may struggle to retain the advance from the August low (130.39) as the Relative Strength Index (RSI) continues to flirt with oversold territory.

USD/JPY Rate Susceptible to Another Oversold Reading in RSI

USD/JPY trades to a fresh monthly low (137.66) to largely track the ongoing weakness in US Treasury yields, and another move below 30 in the RSI is likely to be accompanied by a further decline in the exchange rate like the behavior seen last week.

As a result, USD/JPY may continue to depreciate ahead of the Federal Reserve’s last meeting for 2022 as signs of slowing inflation fuels speculation for a smaller rate hike in December, and it remains to be seen if the US Retail Sales report will influence the exchange rate as the update is anticipated to show a pickup in household consumption.

Retail spending is expected to increase 1.0% in October after holding flat the month prior, and a positive development may generate a bullish reaction in the US Dollar as it raises the Federal Open Market Committee’s (FOMC) scope to pursue a highly restrictive policy.

In turn, the FOMC may retain its existing approach in combating inflation as Chairman Jerome Powell insists that “it is very premature to be thinking about pausing,” and it remains to be seen if the central bank will adjust the forward guidance at its next interest rate decision on December 14 as Fed officials are slated to update the Summary of Economic Projections (SEP).

Until then, developments coming out of the US may continue to influence USD/JPY amid speculation for a shift in the Fed’s hiking-cycle, but the tilt in retail sentiment looks poised to persist as traders have been net-short the pair for most of the year. 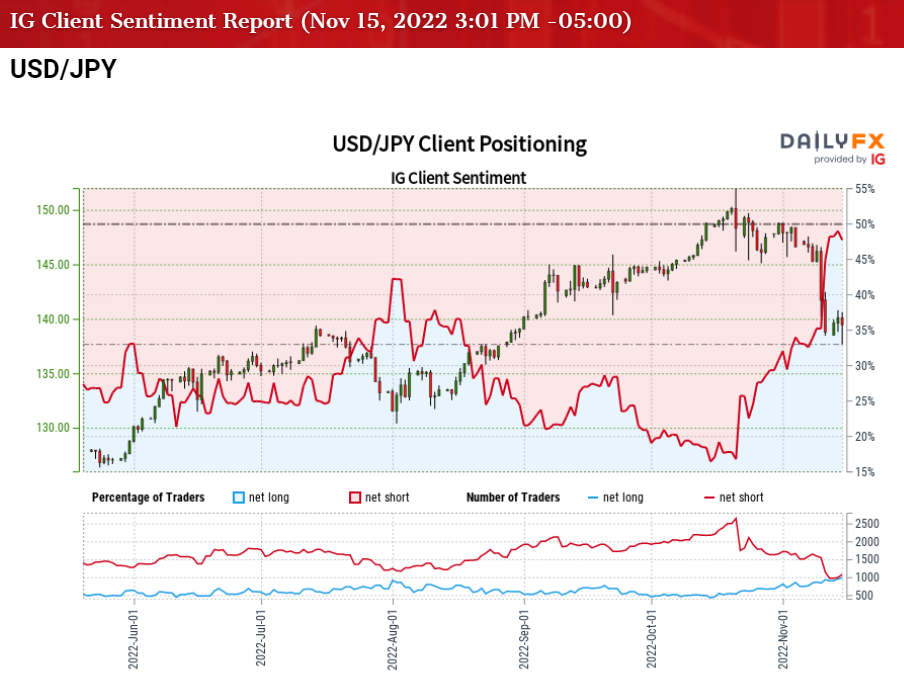 The IG Client Sentiment (IGCS) report shows 43.91% of traders are currently net-long USD/JPY, with the ratio of traders short to long standing at 1.28 to 1.

With that said, an upbeat US Retail Sales report may prop up the Dollar should the update renew bets for a 75bp Fed rate hike in December, but another move below 30 in the RSI is likely to be accompanied by a further decline in the exchange rate like the price action from earlier this month. 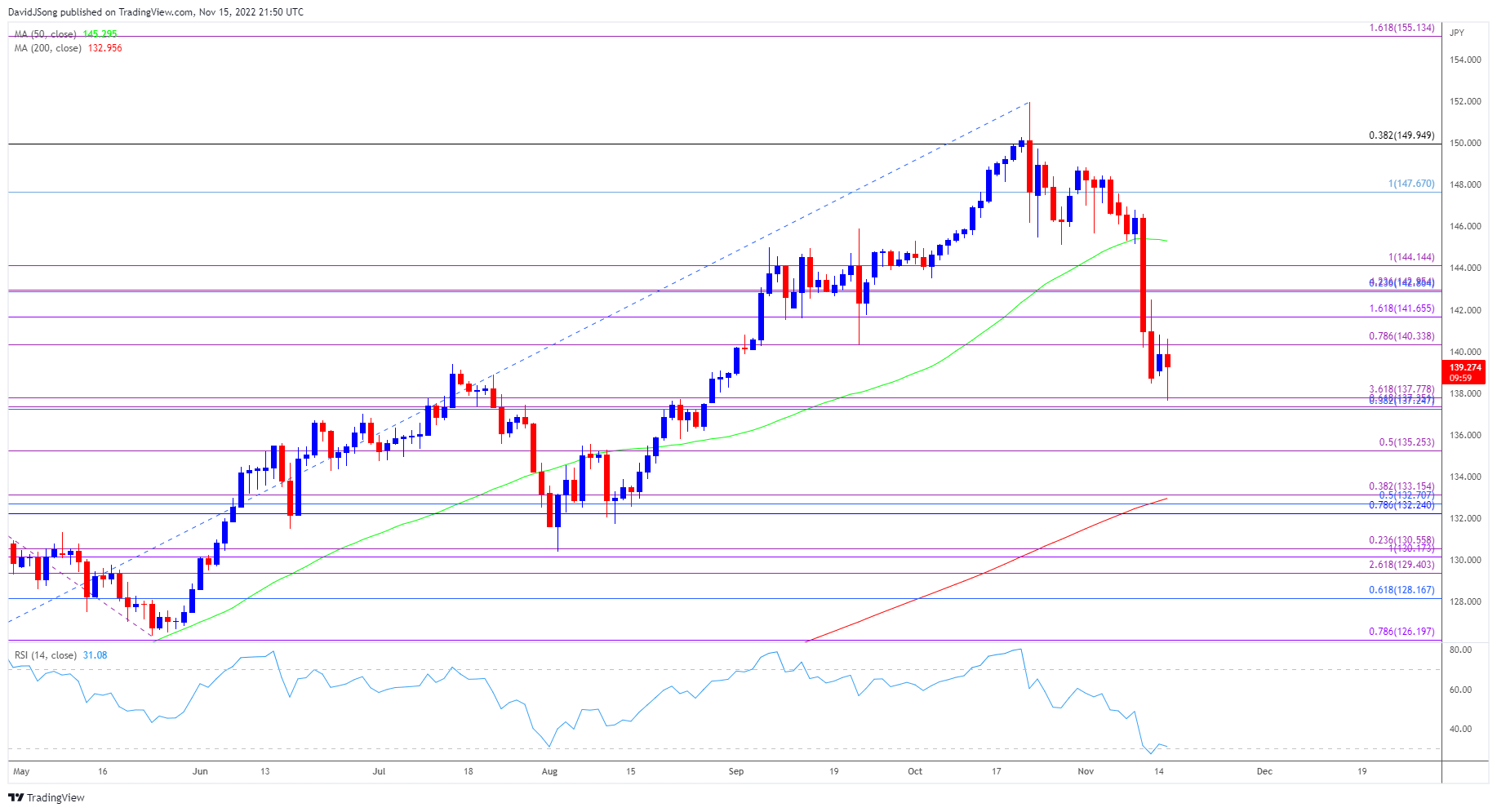