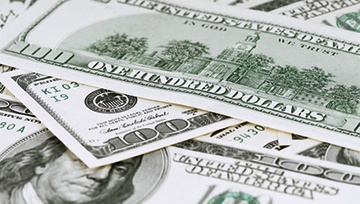 US Dollar Strikes Back as the ECB Takes a Dovish Tilt. Will the DXY Index Recover?

The US Dollar’s downfall has been greatly exaggerated if the last 24-hours are anything to go by. It has eased slightly through the Asian session.

EUR/USD retraced losses seen in prior sessions after the European Central Bank (ECB) raised rates by 75 basis points as anticipated.

The language from ECB President Christine Lagarde after the decision led to speculation that further jumbo hikes from the bank may not be set in stone. She said that rate move will be considered on a ‘meeting by meeting’ basis. This is despite persistent very high inflation.

US GDP beat expectations at 2.6% for the year to the end of the third quarter.

The bank of Japan (BoJ) left monetary policy unchanged as expected with the policy rate at -0.10% and the 10-year Japanese Government Bond (JGB) yield target at plus or minus 25 basis points around 0.00%

Earlier in the day Japan’s Prime Minister Fumio Kishida announced an extra 29.1 Trillion Yen in budget stimulus measures. Tokyo CPI came above forecast at 3.5% year-on-year to the end of October. USD/JPY is trading just above 146.

Wall Street provided a mixed lead for Asian equities with the Dow Jones finishing the cash session slightly in the green but the S&P 500 and the Nasdaq 100 ended in the red. Futures markets are pointing to a similar start to their day ahead.

Apple and Amazon reported after the bell and in line with other tech companies that have revealed their earnings this week, the numbers disappointed.

All the major APAC equity indices are underwater with Hong Kong’s Hang Seng Index (HSI) leading the way lower, down over 2% at one stage.

The WTI futures contract is trading above US$ 88 bbl while the Brent contract remains above US$96 bbl at the time of going to print.

The DXY index recovered some of the losses seen earlier this week. Although it broke below a near term ascending trend line, in the bigger picture, it remains within an ascending trend channel.

Support could be at the break point of 110.06 or the next ascending trend line that coincides with the 100-day simple moving average (SMA) that is currently near 108.47. 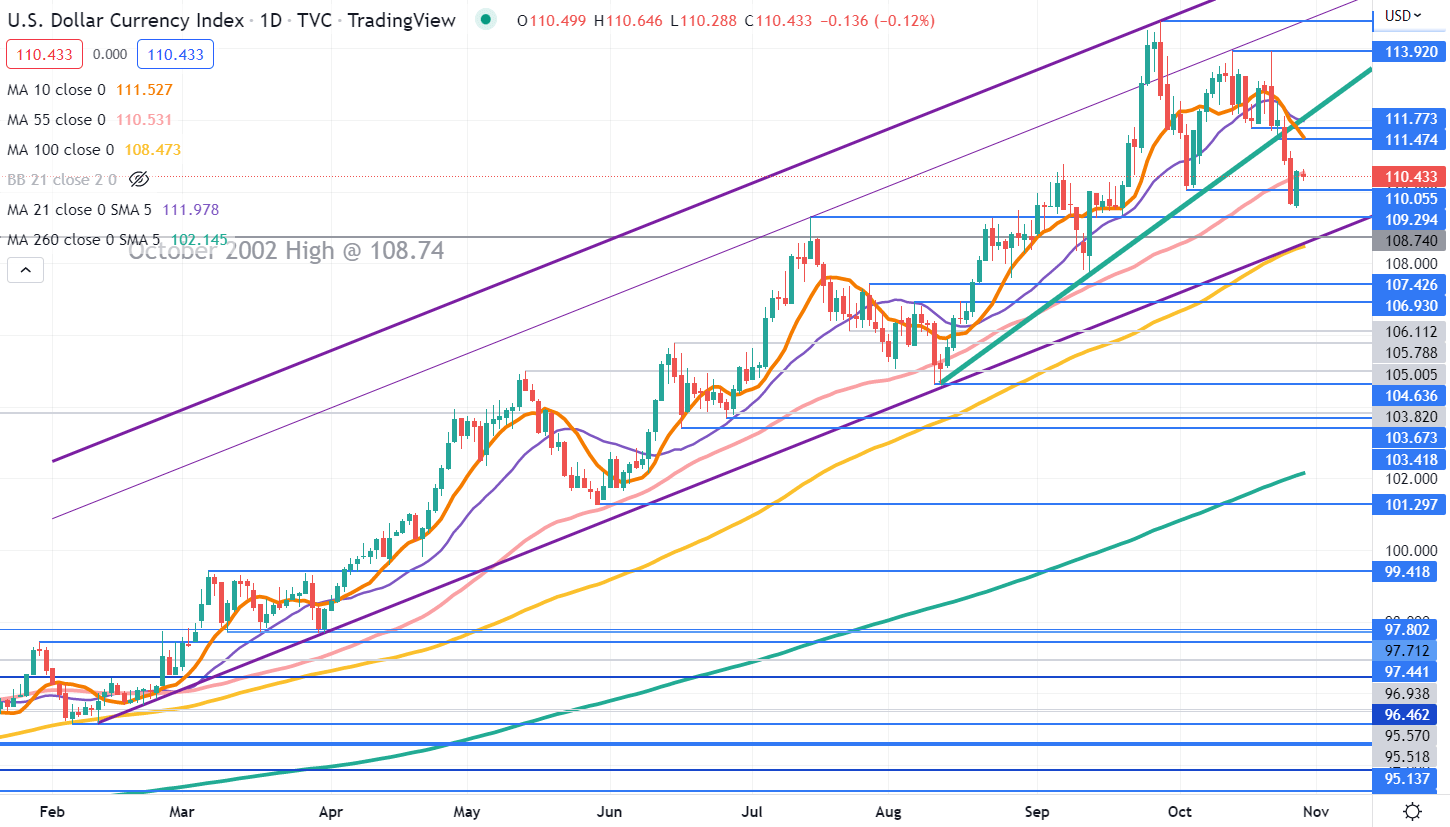