Yesterday’s headline and core CPI beats resulted in a rather unusual market response. The initial move went according to the typical ‘playbook’, where, upon realization that inflation is hotter and stickier than expected, the overarching narrative of aggressive rate hikes (“higher for longer”) from the Fed gained momentum. Dollar up, equities down – as expected.

However, price action exhibited a massive turnaround, as the session ended with the dollar a lot softer and US equities printed higher, moving about 180 points between the daily low and daily high.

The exact reason why the move transpired is not yet known but it will be interesting to see if the “bad news is good news” narrative develops around future prints. This is the idea that continued inflation leads to an overshoot in the Fed’s rate hiking which may send the economy into a tailspin sooner than anticipated, justifying looser monetary measures (rate cuts) in the not-too-distant future.

That is what the 10, 2 spread (widely used indicator of recession) hinted at as the yield deepened into negative territory despite the optimistic bullish advance in risk assets like stocks – suggesting that the bullish move may be short-lived amidst unwavering fundamental challenges like stubborn inflation and weak growth estimates. 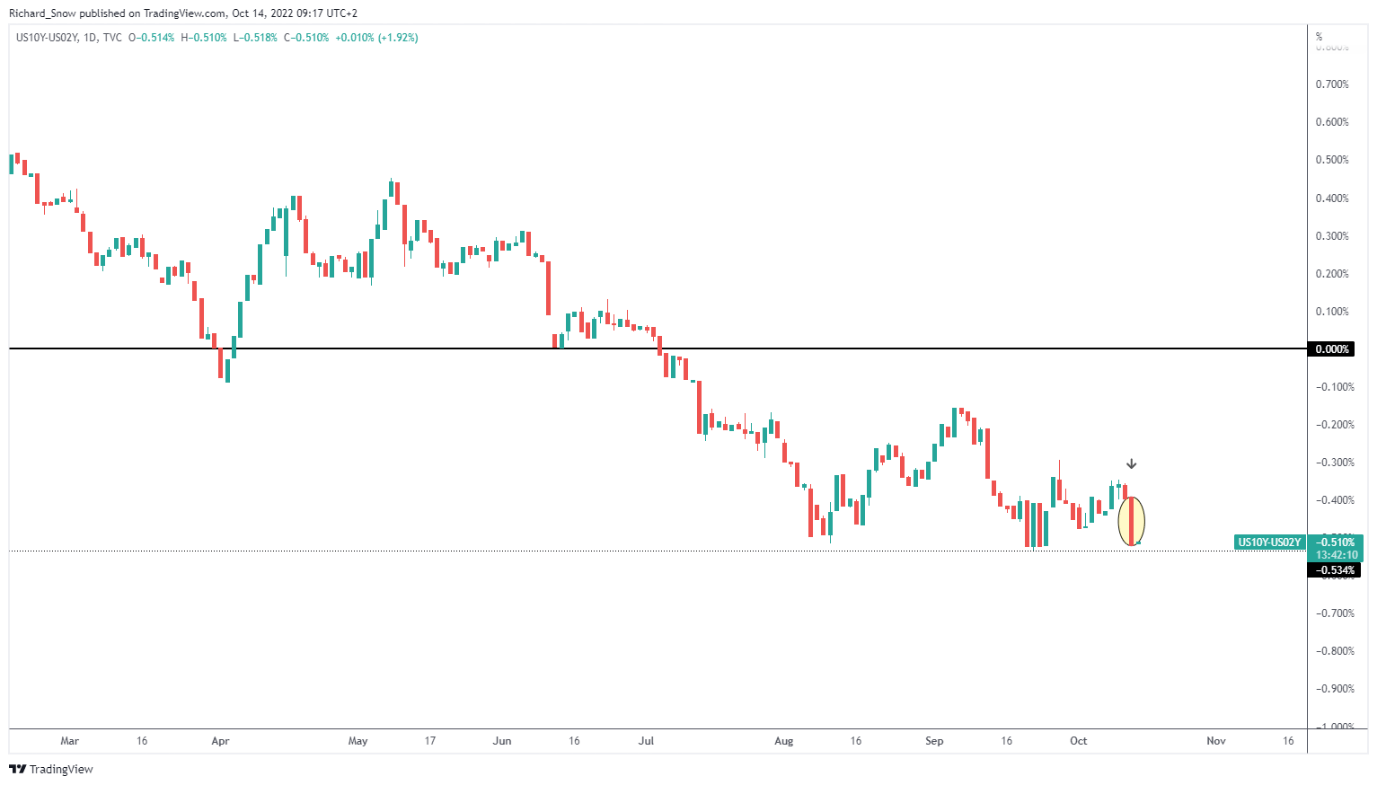 US Dollar Decline Unlikely to Derail the Long-Term Uptrend

Markets will reveal over the coming days whether yesterday’s moves will extend for longer which is why price action remains the primary guide. However, with inflation remaining elevated, it is difficult to imagine a Fed pause or genuine optimism in equity markets as we head into Q3 earnings with some of the major US banks reporting earnings today. Earnings are still expected to be positive - perhaps in number only - as earnings growth for the index on aggregate is expected to be the lowest since Q3 2020.

With that being said, equity markets could very well rally on better-than-expected earnings as volatility in equities has picked up. What was particularly interesting during the Q2 earnings reports was how a few company heads issued caution ahead of the release and markets responded well when the figures were “less bad” than anticipated.

In addition, markets have raised probabilities of a 75 basis point hike and even an outside chance of a 100 bps hike for the November meeting. This typically lends itself to support the value of the dollar.

Looking at the US dollar Index (DXY), the ascending trendline provides the nearest level of support, followed by the 110.30 zone which acted as both resistance and support since September. Levels to the upside include yesterday’s high at 113.92 followed by the yearly high of 114.78. 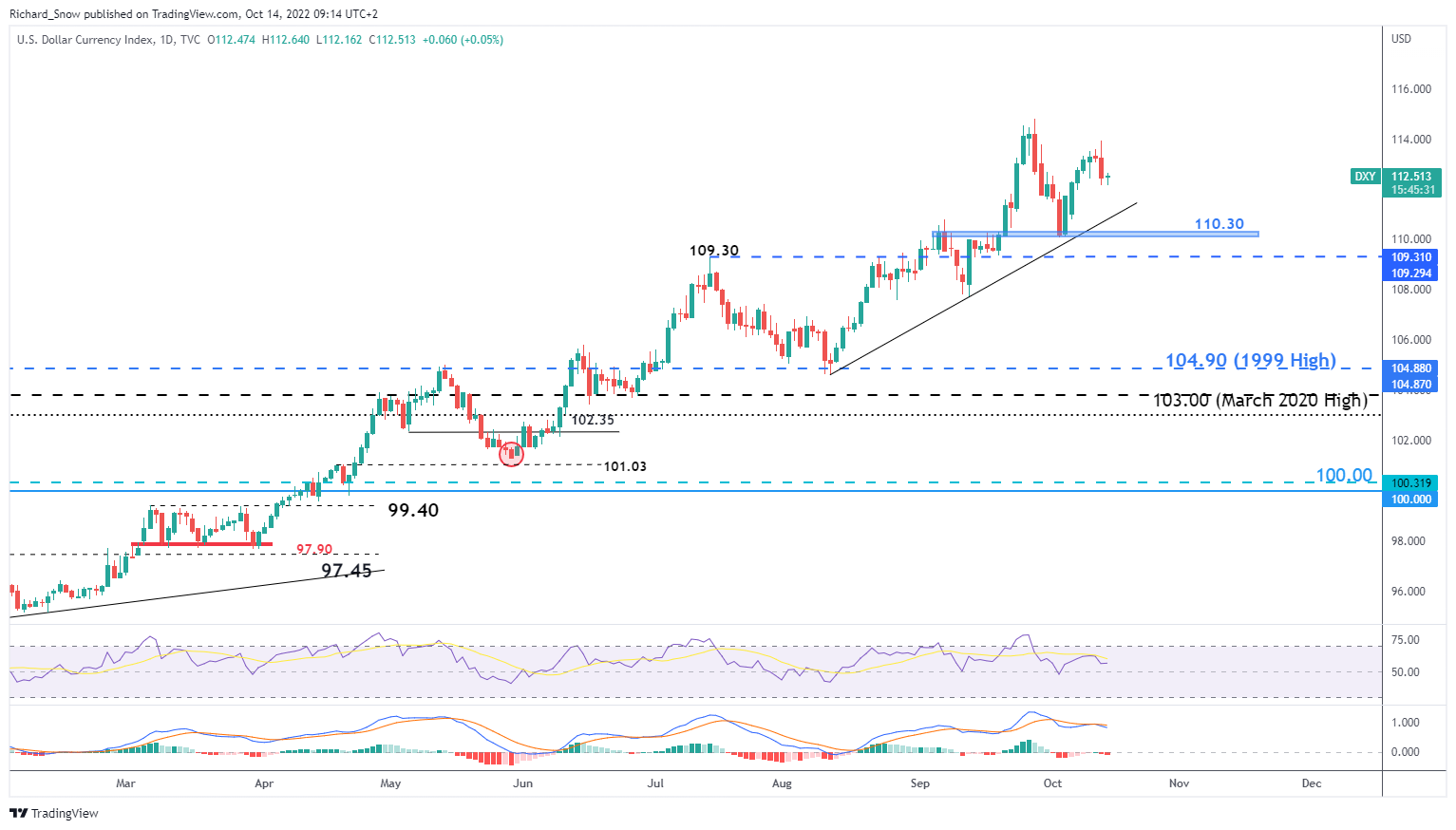 Apart from the earnings season, US data looks extremely light next week which could provide more room for the more dominant market force to take hold. In my view, the dollar remains supported.