US Rates and USD Repricing after Strong Jobs Data

The first few days of trade in 2023 have been rather choppy – as to be expected at this time of year as traders make their way back to their desks after the Christmas holiday period. However, risk event begin to pick up rather quickly as we head into the weekend and look ahead into next week when the crucial December inflation print is due. In fact, the market was caught by surprise on Thursday already, as US ADP data revealed more than 100k jobs were added to the economy than anticipated – causing an immediate repricing of US rates and the dollar.

Implied probabilities derived from Fed funds futures ahead of today’s data showed just shy of 70% chance of a mere 25 basis points in February – effectively calling the Fed’s bluff after reading the slightly hawkish minutes of the December Fed meeting. The chance of a 25 bps hike in Feb sank to 55% but recovered back to 60%. This very reaction could be an indication for what may transpire tomorrow if NFP data prints a sizeable beat to the upside.

The sizeable jobs number plays into the Fed’s narrative that the there is still more to be done as far as tightening is concerned and while a strong labor market is a good thing, sufficient tightening should have seen some signs of labor market stress by now. Stronger employment means the Fed push on and a repricing in US yields and the dollar reflected that sentiment. On the other side of the equation, the pound appears fairly susceptible after an impressive run vs the dollar in the latter stages of 2022 – albeit the rise was mainly due to the dollar sell-off and cable recovering from a near collapse in the pension fund industry.

GBP/USD had flirted with the psychologically significant 1.2000 level in the run up to Thursday’s move. A close below 1.2000, sets the scene for an extended move lower upon a large NFP beat. 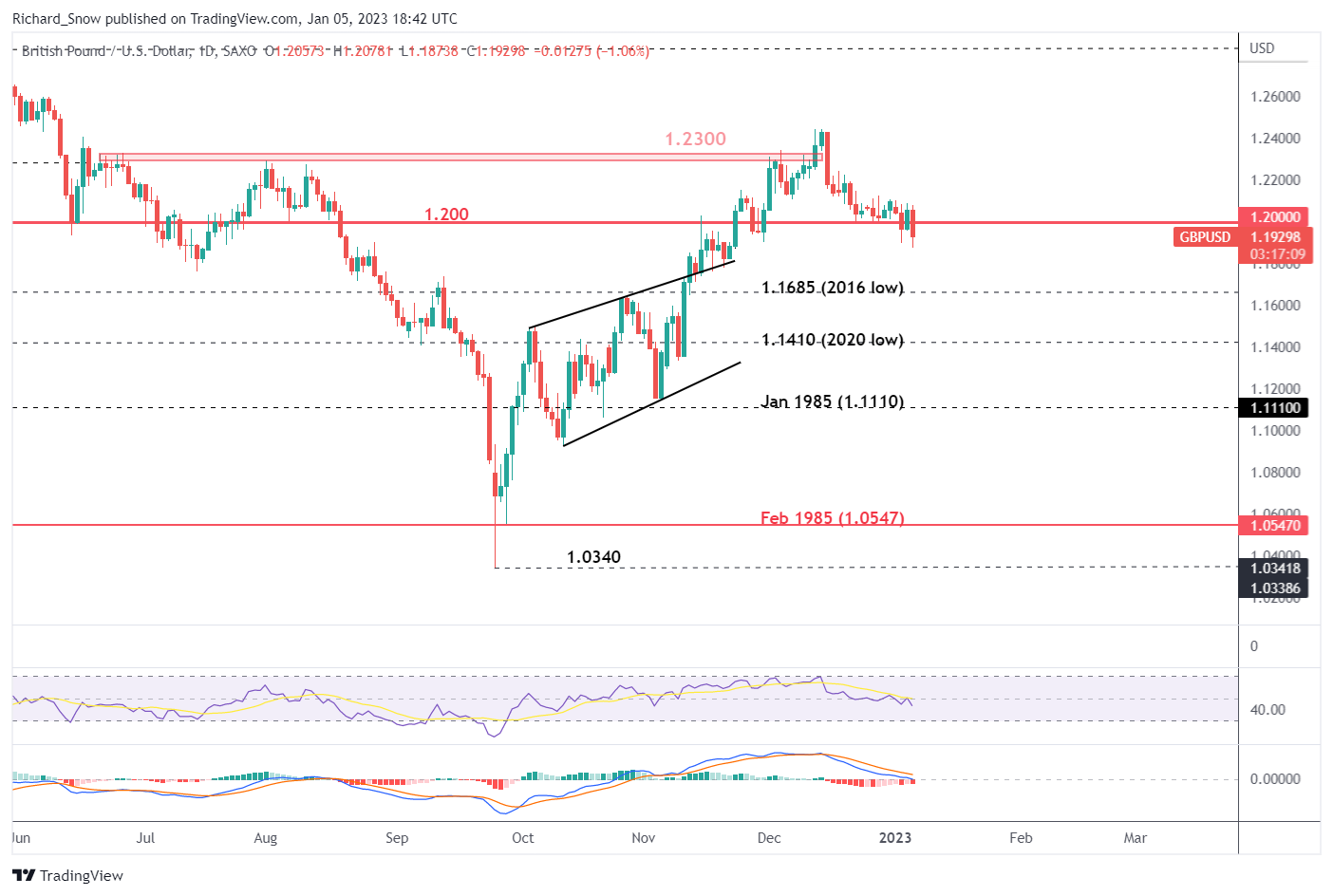 With a fair amount of high importance USD data to choose from between Friday and Thursday next week, in the absence of UK data, the time frame for this set up is 2-4 days. Inflation data poses a threat to the setup if inflation prints a 6th consecutive lower number (headline).