The S&P 500 has cooled its recent advance during Thursday’s session, as traders prepare for a plethora of major risk events. Following the closing bell, Apple and Amazon are both set to release quarterly earnings. Following the mixed bag of tech earnings thus far, near-term market direction into next week’s FOMC meeting may entirely depend on these two companies. Combined, the two tech giants account for over 10% of the S&P 500. Wall Street estimates for each behemoth can be found below.

Event risk carries on into Friday, which sees US PCE data cross the wires during the premarket session. PCE is the Fed’s preferred measure of inflation, and the data comes just days before the next FOMC policy decision on November 2nd. Despite persistent inflation, bets on how aggressive the Fed will ultimately be have been dialed back as other central banks have started to slow their own rate hike campaigns. In recent weeks, both the Reserve Bank of Australia and the Bank of Canada have elected to raise by smaller increments, which has caused a repricing of the Fed’s terminal rate. Currently, the Fed’s terminal rate sits around 4.8%, down from 5% just a few weeks ago. 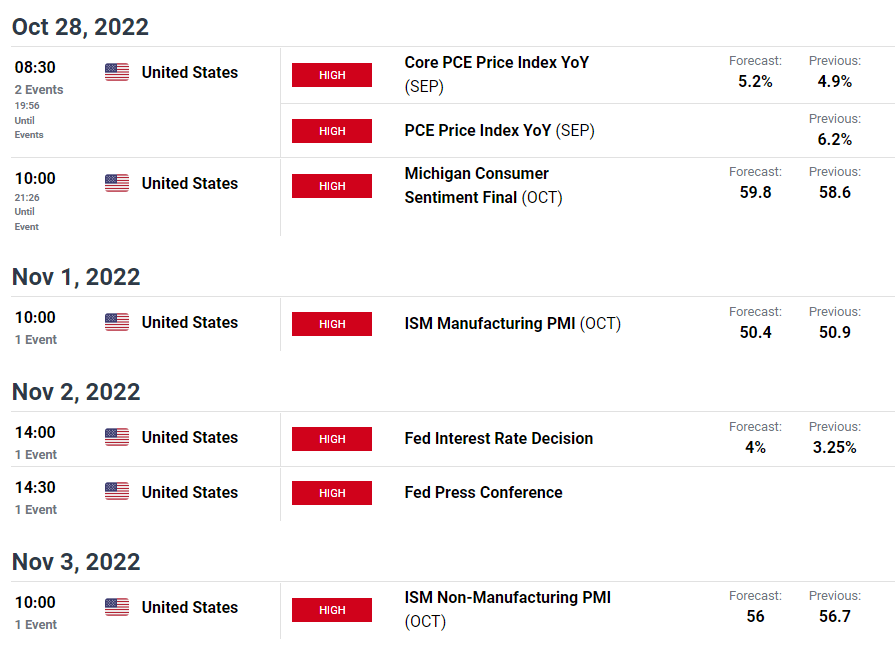 S&P 500 futures (ES) are choppy during Thursday’s session ahead of Apple and Amazon earnings. Traders may be on edge given how Meta (formerly Facebook) has traded following its earnings report, with the stock down 22% in today’s session. While there have been some overshoots, rallies beyond the 3860 area have promptly been sold. After this morning’s failure above 3860, price retraced to former resistance around 3820 before bouncing. This area has offered numerous actionable scalps during today’s session, and may continue to do so into the closing bell. With such heavy hitters coming out with earnings after the bell, traders may be thinking twice about taking a sizable position. We may have more clarity 24 hours from now, with this batch of new data under our belts.

That being said, if ES does continue higher as it comes out of this important stretch, the 3902-3914 area remains key on the upside. This area of fib confluence is the 50% retracement of the decline from the August swing high of 4327.50. Obviously, negative data and a hawkish Fed may rock the boat and send us spiraling toward our recent lows. Traders should know that markets have done this “dance” previously, only for risk to return to reality through Fed Chair Powell’s commentary or hot inflation data. With both of these events on the near-term horizon, traders should remain nimble in this environment despite the fact that we have made a significant bounce off the cycle lows around 3502. 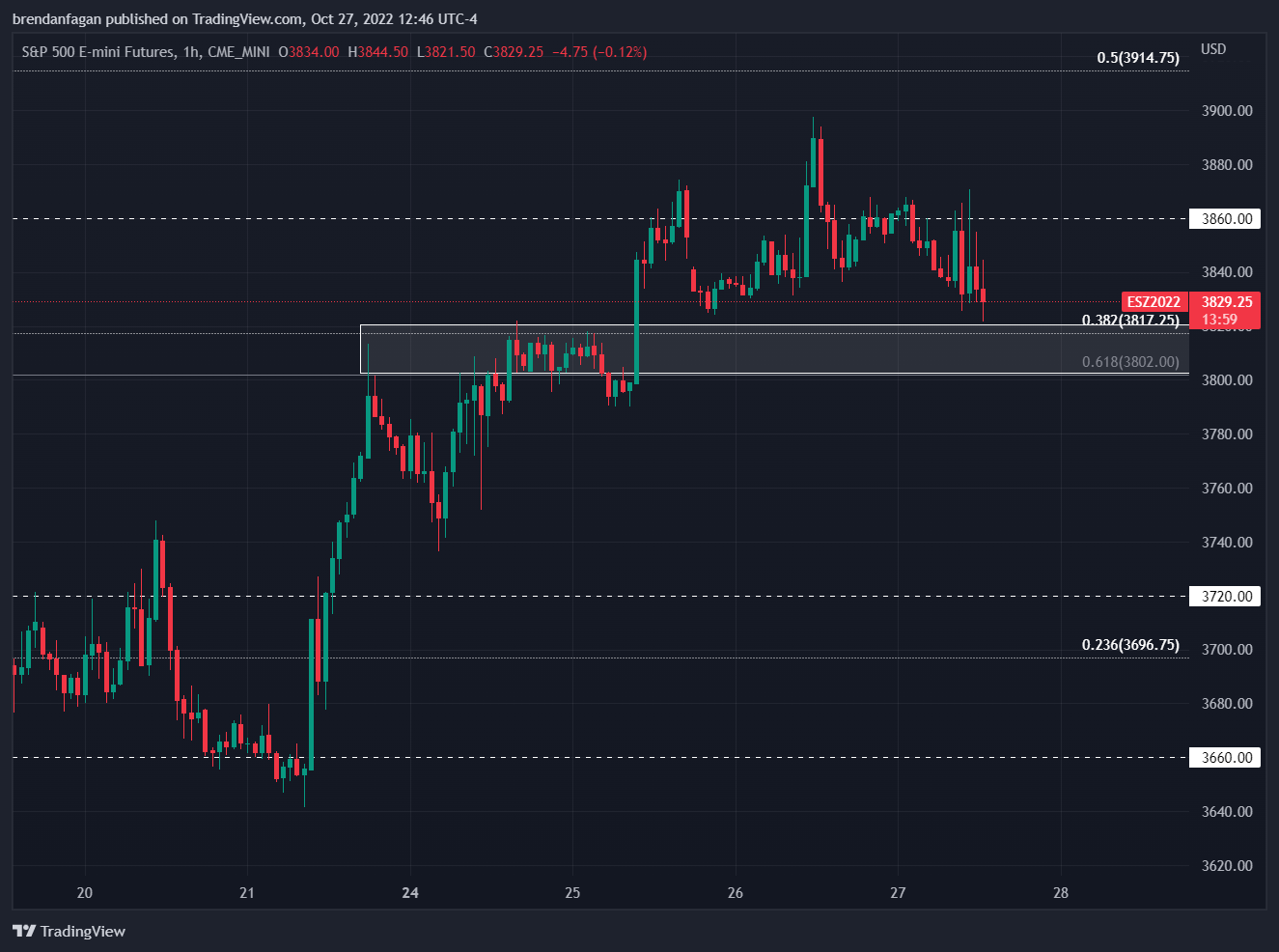