This morning the newly elected Prime Minister Liz Truss stood by her Finance Minister Kwasi Kwarteng’s mini budget, stating that she is prepared to take difficult decisions during “very difficult times”. The Prime Minister goes on to mention that the plan set out is the right plan and that “we cannot tax our way to growth”. UK asserts like the pound, UK government bonds (gilts) and the FTSE 100 index have been on the receiving end of erratic moves as markets appear to disagree with the plan of cutting taxes while government spending is set to rise.

James Stanley, explained the intricacies of the UK’s current negative feedback loop in his article yesterday, which highlights the Bank of England’s current dilemma where it has effectively been forced into a hybrid policy where it remains contractionary via interest rate hikes but has temporarily started buying UK gilts (which is expansionary in nature) to restore stability in the bond market and prevent a systemic meltdown lead by large bond related losses within the pension fund industry – which is heavily invested in UK government issues.

The daily GBP/USD reveals what appears to be a hammer candle on the daily chart, although we need to wait for a close to add legitimacy, suggesting further downside cannot be ruled out. The commitment from the BoE to purchase UK gilts in whatever amount necessary weighs on GBP valuations as the Bank inevitably prints money to fund such purchases, increasing the supply of pounds which typically has the effect of devaluing the currency.

A further loss in confidence in the UK government’s fiscal policy or additional gilts purchases from the BoE could see markets push back towards 1.0547 or the spike low of 1.0340. Should the recent retracement continue, 1.1110 and 1.1410 appear as resistance. 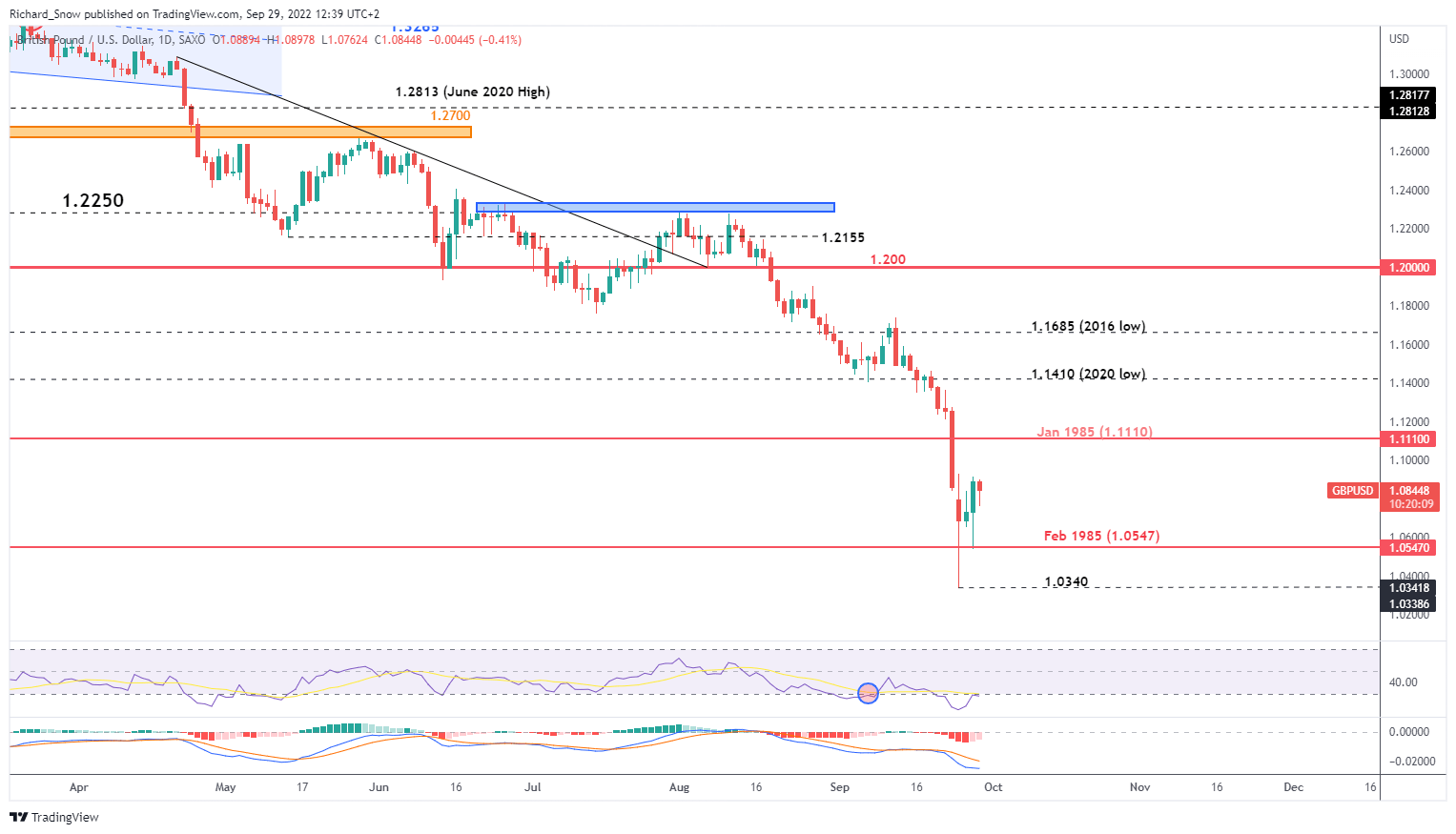 Currency markets have experienced a steady rise in volatility since Q4 2021 as central banks started considering future rate hikes. The recent move in the pound turned the index near parabolic as we approach levels of currency volatility last seen in 2020. This usually is a signal to trade with caution and consider reducing trade sizes along with leverage. 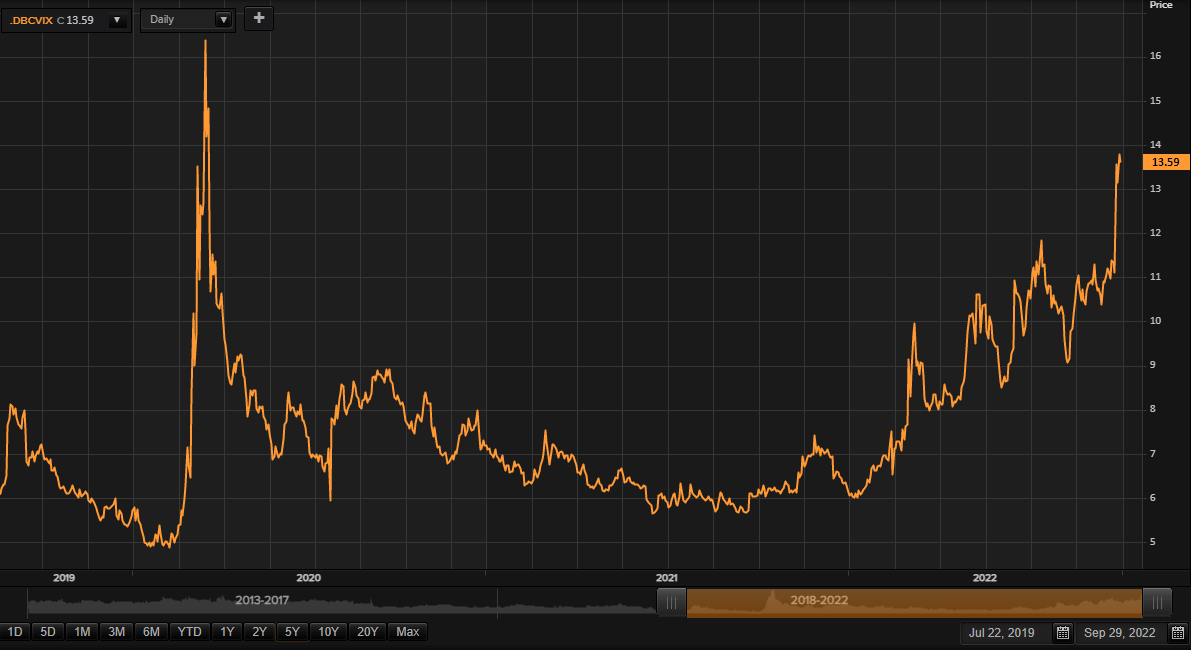 Event Risk on the Horizon

Today there is a notable number of speeches from multiple Fed members: Bullard, Lane, Mester and Daly. Tomorrow we see the final UK GDP figure for Q2 followed by PCE inflation data and the final Michigan consumer sentiment report for September. Markets currently price in 67 bps worth of hikes ahead of the Fed’s next meeting in November where it is still possible to see another 75 bps hike. This suggests there could still be some upside for the dollar at the expense of the weaker pound should inflation prints continue higher.