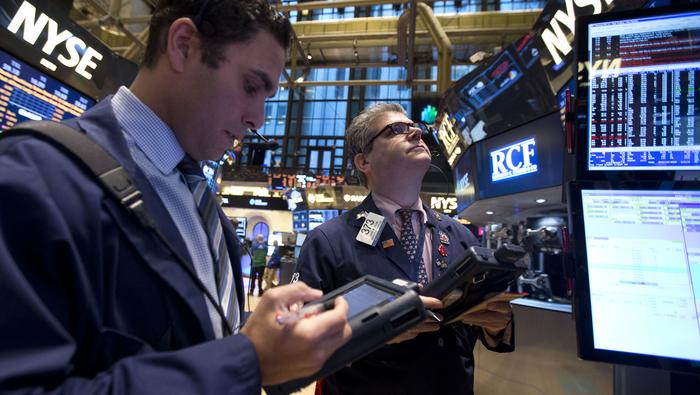 Nasdaq 100, S&P 500 and Dow Under Pressure Amid Fragile Sentiment

U.S. equity indices managed to post an overall weekly gain last week despite Friday’s sharp drop following a hotter- than-expected jobs report. Expectation that the Fed will not soon slow its tightening cycle amid unrelenting inflation and a still tight labor market are weighing on investors' decisions. In addition, as markets also anticipate important economic developments this week, concerns about a global economic slowdown induced by high interest rates are reducing the appeal of risk assets, while boosting demand for those deemed safe havens.

In this environment, despite the cash Treasury market being closed today in the United States, the US dollar continued to appreciate against major currencies. The US dollar index (DXY) rose 0.36% to 113.16 as investors sought refuge in defensive positions while evaluating the impact of tighter monetary conditions in the economy. Commodities, such as gold, suffered a loss of 1.99% after closing below 1700 last week amid reduced interest for non-yielding asset. Elsewhere, crude oil prices retreated, halting a streak of five consecutive days of gains, in response to China’s services sector weakness.

The risk aversion observed in commodities was also apparent in U.S. stock indices. On Monday, the main benchmarks ended with losses as investors awaited several high-impact events later in the week. At the close, the Dow and S&P 500 were down 0.32% and 0.75% respectively. Seven of the eleven S&P sectors posted declines, with energy, and technology leading the losses. While the energy component was affected by the drop in crude, the technology sector declined following news that the White House will expand restrictions on semiconductor exports to China. The curb on exports of certain types of CHIPS used in artificial intelligence and supercomputing is expected to prevent the country from developing its own CHIP industry and advancing its military capabilities. The decision, however, could add complications to a cyclical industry already facing constraints. Against this backdrop, the Nasdaq 100 tumbled by 1.02% today, setting a new low for 2022 and testing a level not seen in two years.

The decline in stock indices came in a week that will offer more information on the state of the economy. Thursday's September US CPI report will be the main event, but it will also be important to watch PPI, FOMC minutes, retail sales, and consumer confidence. Similarly, the Q3 corporate earnings season is set to kick off with major banks such as JPMorgan, Morgan Stanley, Wells Fargo and Citi set to report results before the weekend. Traders should watch how companies are responding to higher borrowing costs and comments on their outlook.

On a different front, Fed officials, such as the president of the Chicago Fed, doubled down on the hawkish rhetoric by stating that inflation has been more persistent than originally expected and that he sees interest rates above 4.5% next year before holding them there to assess the impact on the economy. The tightening of conditions come despite growing global economic risks. At their annual conference in Washington, the IMF and World Bank are raising concerns about a global contraction in 2023 and are also mentioning that the strength of the U.S. dollar is increasing the debt burden of developing nations. In addition, rising geopolitical risks at a time of rapidly slowing growth, are derailing any hopes of a soft landing.

From a technical standpoint, the S&P 500 opened with a gap to the downside and extended losses during Monday’s session. Last week the index rallied on Monday and Tuesday, gaining more than 5%, but the bullish momentum faded due to growth concerns just before the weekend. The negative mood was exacerbated by the good employment data which has lowered the hopes for a Fed pivot. For the time being, fundamentals and technicals continue to favor the “bears”, suggesting further losses could be on the horizon. Unless there is a major shift in sentiment following this week’s economic calendar data, the mood is likely to remain fragile. Keep an eye on 3600 as it is a key support level. If this area is broken, we cannot rule out a move towards 3570. On further weakness, the focus shifts to 3540 and 3500. 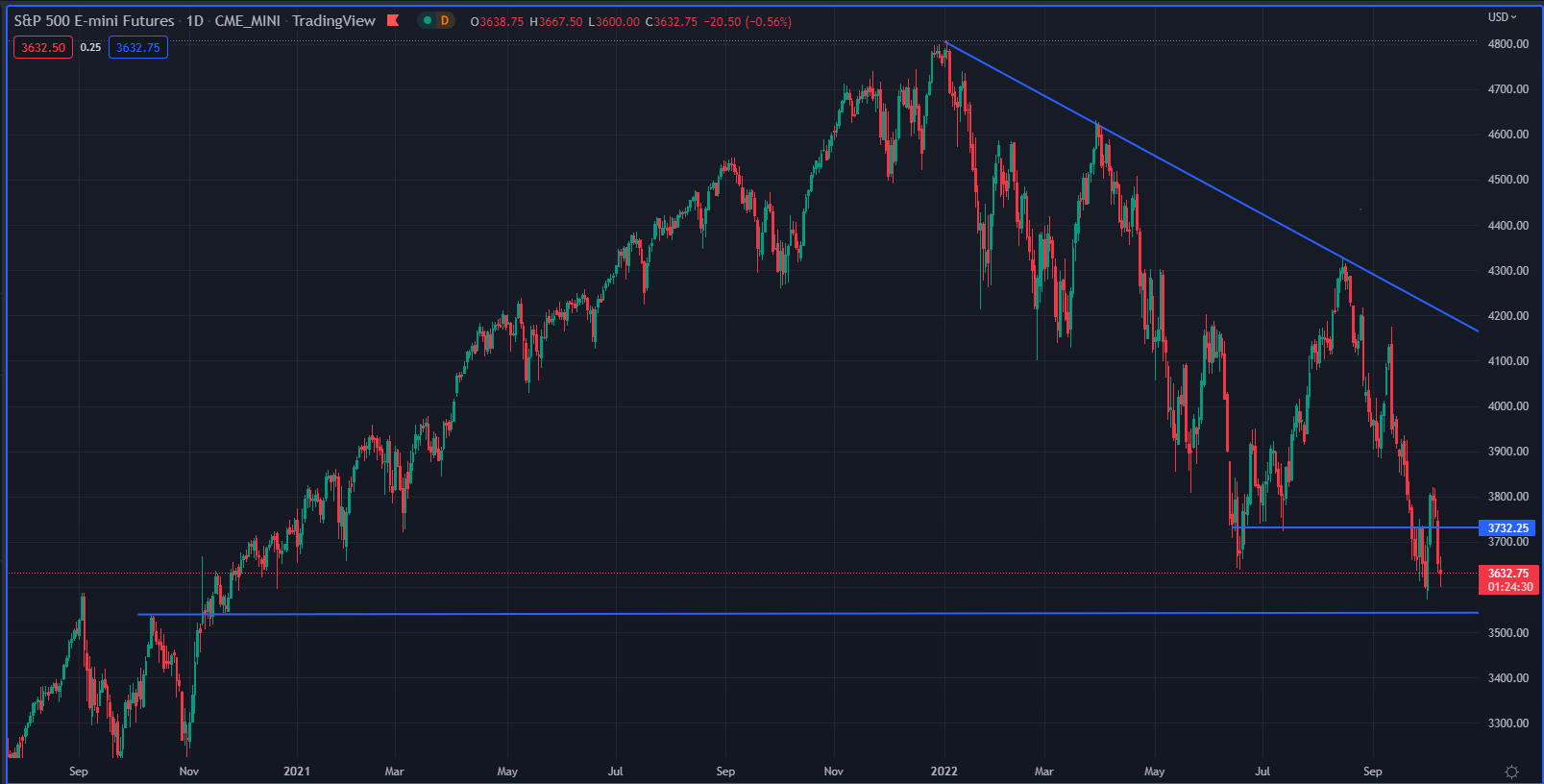