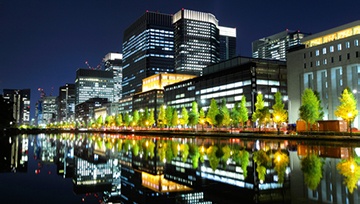 Japanese Yen Whipsawed Against US Dollar on Intervention Speculation

The Japanese Yen has been hit from pillar to post to start the week with the Bank of Japan (BoJ) believed to be actively selling USD/JPY, but there has not been any official confirmation at this stage.

USD/JPY made a fresh 32-year peak last Friday at 151.95 before it collapsed. Today’s Japanese PMI numbers have taken a back seat to the wild price action in USD/JPY.

For the record, the October Jibun Bank composite PMI was 51.7 against 51.0 previously and the manufacturing PMI was 50.7, slightly below 50.8 the prior month. The services PMI came in at 53.0, above September’s 52.2

The backdrop to this price action is the continuing disparity in monetary policy between the BoJ and the Federal Reserve. Intervention of this nature is less likely to see long term success when underlying fundamentals do not support it.

The BoJ have a policy rate of -0.10% and are maintaining yield curve control (YCC) by targeting a band of +/- 0.25% around zero for Japanese Government Bonds (JGBs) out to 10-years.

Conversely, the Fed is aiming to tame white hot inflation that is running at 40-year highs. While supply side shocks contributed to the problem, very loose policy that was maintained for longer than was necessary also played a role.

The rhetoric from Fed speakers indicate that rates are climbing for the foreseeable future although the language softened ever so slightly on Friday.

In any case, the futures market has priced in a 75 basis point lift at the Federal Open Market Committee (FOMC) November meeting next week and at least 50 bp at their December gathering.

The BoJ will be meeting later this week and they are not anticipated to be making any changes to the monetary policy stance. It is this divergence in interest rate direction that makes the impact of intervention appear temporary.

For a potential trading strategy to deal with USD/JPY intervention, sign up for DailyFX Guide here.

USD/JPY made a 32-year high last Friday after braking above the upper band of an ascending trend channel when it made a new peak at 151.95

Bullish momentum appears to be intact with the price trading above all period Simple Moving Averages (SMA) and all of those SMAs have a positive gradient.

A near term potential indicator of bullish momentum fading could be a snap below the 10-day SMA, currently at 146.21. 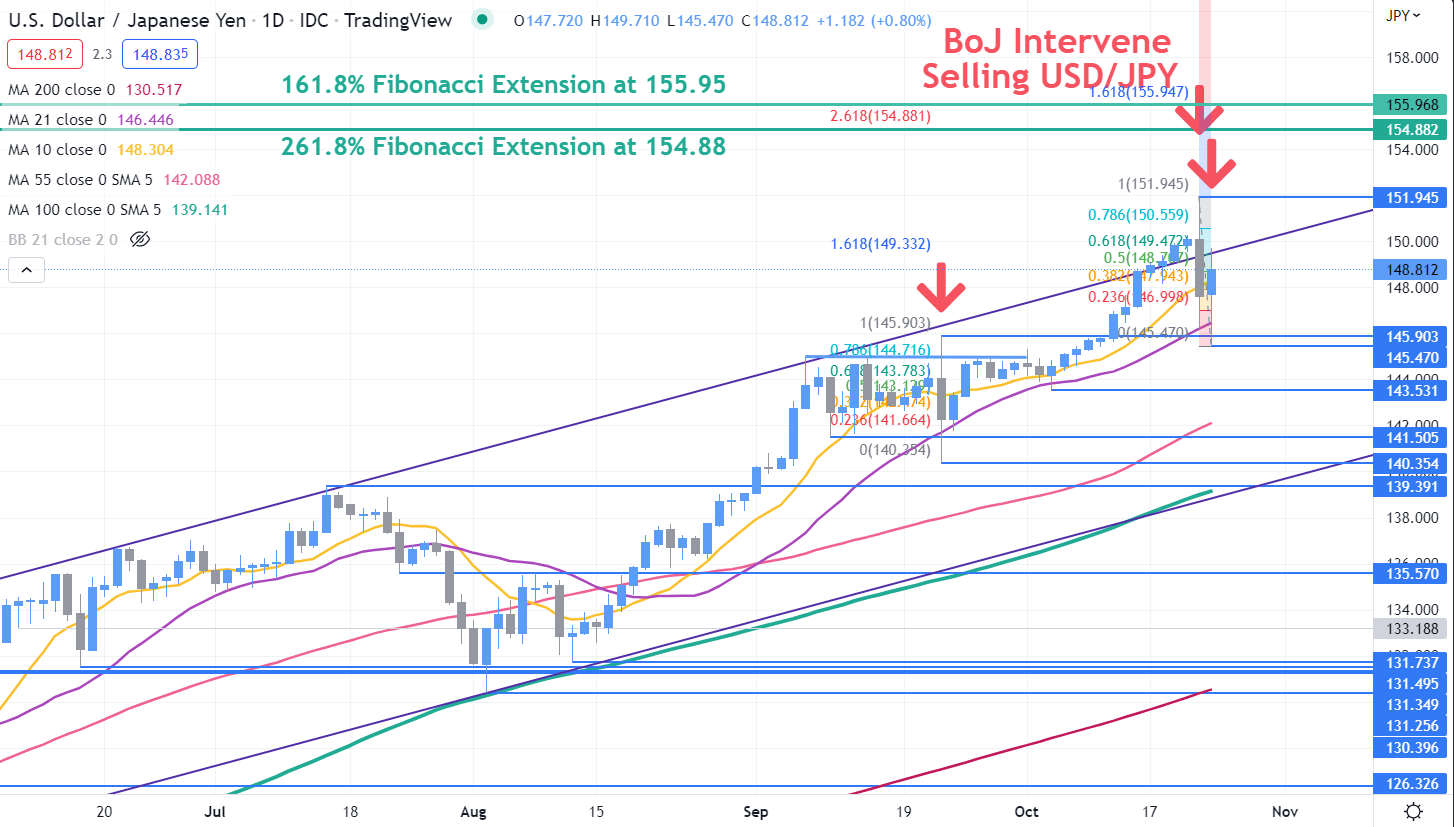