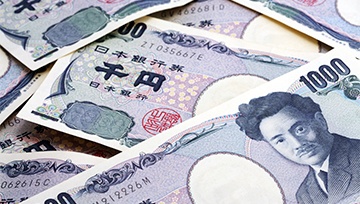 A downbeat trading session in New York puts Asia-Pacific markets at risk, with a stronger US Dollar pressuring risk-sensitive assets. The benchmark S&P 500 Index fell 0.67%, with ten of its eleven sectors closing in the red. Energy outperformed as WTI crude oil prices rose after the US Energy Information Administration (EIA) reported a surprise draw in crude oil stocks for the week ending October 13.

The US Dollar DXY Index rose as the Greenback’s haven status attracted flows from risk assets. Australia’s September jobs report is due today, with the Bloomberg consensus showing an expected gain of 25k jobs and a steady 3.5% unemployment rate. The Reserve Bank of Australia (RBA) has already pulled away from an aggressive rate hiking path earlier this month. That said, all but a huge beat would likely leave the Australian Dollar on its downward course.

Despite the Aussie data, traders are keenly focused on the Japanese Yen. The Dollar made no exceptions against the Japanese currency, with USD/JPY rising nearly 0.5% throughout the EU/US trading hours. The threat of another intervention by the Bank of Japan at the Ministry of Finance’s behest is front and center for market participants. Options traders increased downside protection on Dollar-Yen, evidenced by falling risk reversals (see chart below). 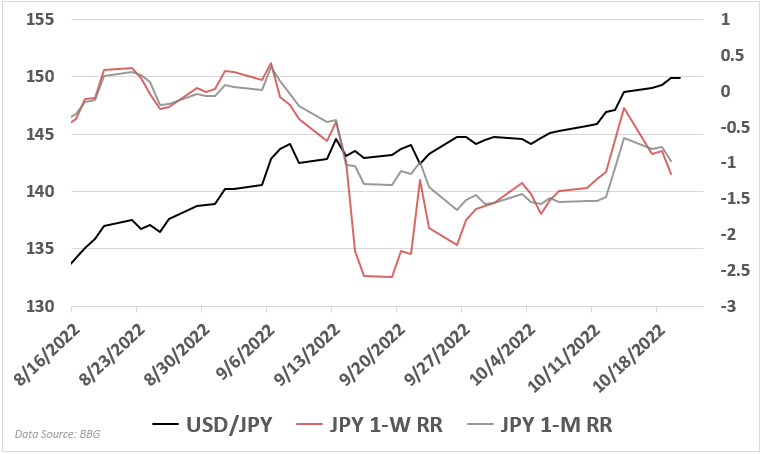 Elsewhere, the British Pound fell sharply against most of its peers as pressure grew on Liz Truss and her new government. A second secretary was fired, dealing a major blow to her tenure, which is only six weeks old. While the Prime Minister resisted calls for her resignation, if the political tides against her don’t soon recede, she will likely concede in due time. The political instability is reflected in the British Pound.

Japan’s September trade balance data is due today, which may or may not alter sentiment around the Yen. China’s 1- and 5-year loan prime rates (LPRs) are set for an update, although the consensus forecast sees those rates remaining unchanged. That should be the case after credit data earlier this month showed healthy growth, with total social financing rising to around 3.5 trillion in September.

USD/JPY has the 150 psychological level in focus as prices rise. With little else resistance formed from prior price action around these levels, traders may put more stock in buying at tangible levels on pullbacks. That could come by way of the 1998 high or the rising 9-day Exponential Moving Average (EMA).