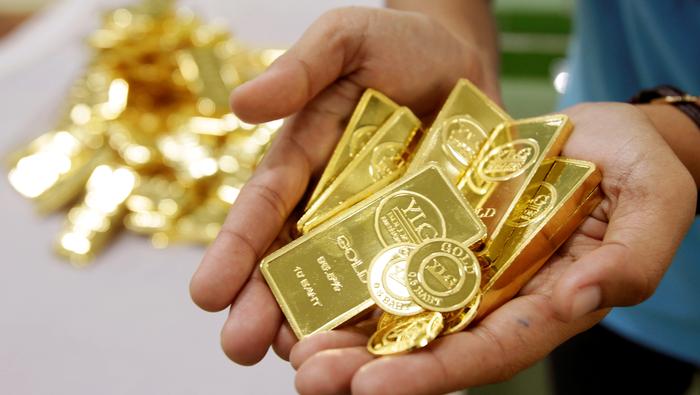 Gold enjoyed a bounce in the Asian session to trade back above the $1650 level in a move facilitated by a weaker dollar index. The move comes following a three-week low print to close last week as fundamentals and continued hawkish central bank rhetoric threaten to push the precious metal toward its YTD low. The precious metal seems unfazed by comments from US Federal Reserve policymakers over the weekend. We heard from policymakers Esther George and Mary Daly who intimated that the Fed may need to hike rates to a higher level than previously expected following last week’s US CPI print.

The Dollar Index and Federal Reserve

Any moves on the precious metal this week are likely to rest on a host of external factors including the dollar index. Following last week’s hotter-than-expected US CPI print the probability for a 75bp hike by the US Federal Reserve at its upcoming November meeting rests around 96%. Initial talk regarding a 100bp hike by the Fed in November has seemingly fizzled out as we enter the new week, which could help the precious metal recover and head higher in the early part of the week. 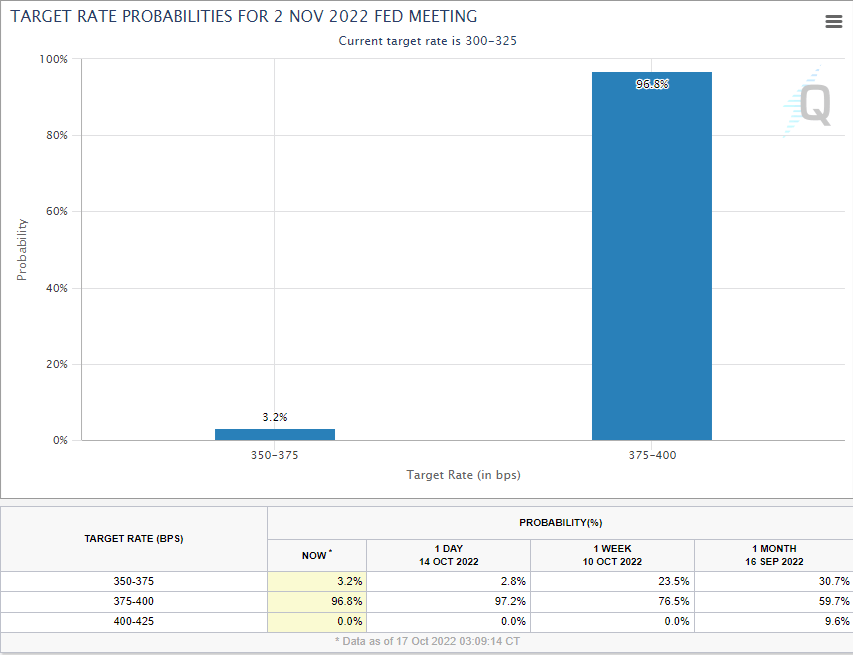 The focus now turns to US housing data due this week. The US housing market saw prices fall for the first time in a decade in July as rising rates have undoubtedly had an impact on demand. The knock-on effect of weaker housing demand will likely lead to a decline in retail sales of certain sectors while affecting construction and job creation. This in turn could help lower inflation moving forward and lead to lower rate hike expectations for the Fed heading into 2023 and possibly assist the precious metal as it looks to recover last week’s losses. Positive housing data this week could see the precious metal struggle as it would reinforce the idea of continued hiking by the Fed well into 2023.

From a technical perspective, we had a bearish daily candle close on Friday and have since bounced off the 76.8% fib level. Price remains below the 20, 50 and 100-SMA with the slope of the gradient hinting at further downside. The overall bias remains bearish as long as price remains below the double-top pattern around the $1730 area.

The intraday outlook on the other hand hints at a potential rally higher with $1660 and $1670 resistance levels a possibility. Price Action on the smaller timeframes is printing higher highs and higher lows with a weaker dollar index helping push the precious metal higher. Caution as we approach the resistance area around $1670 is advised as there remains a host of confluences that may come into play and push the price down. A daily candle close below the $1640 support area opens up a retest of the YTD lows and potentially the $1600 psychological level.