Gold prices sank 1.7 percent on Thursday, marking the worst single-day performance in 3 months. The anti-fiat yellow metal was pressured during a busy 24 hours of central bank interest rate decisions throughout the European trading session. These included the Swiss National Bank, the Bank of England and the European Central Bank. This also followed the Federal Reserve on Wednesday as it hiked rates.

The SNB, BoE and ECB all raised interest rates to continue the battle against the highest inflation in decades despite rising concerns about the state of global growth. The most notable of the three was the ECB, which surprised markets with a much more aggressive stance than expected. The central bank said that rates “need to rise significantly, at a steady pace” as it revised upward inflation projections.

In just 24 hours, the markets added over 30 basis points in tightening expected from the ECB one year out. This did not bode well for the anti-fiat yellow metal, which has been pressured this year by central banks raising interest rates and pushing up government bond yields. The more hawkish ECB also induced risk aversion, plunging equity markets. On Wall Street, the Dow Jones sank 2.35%. This boosted demand for the haven-linked US Dollar, further pressuring gold. 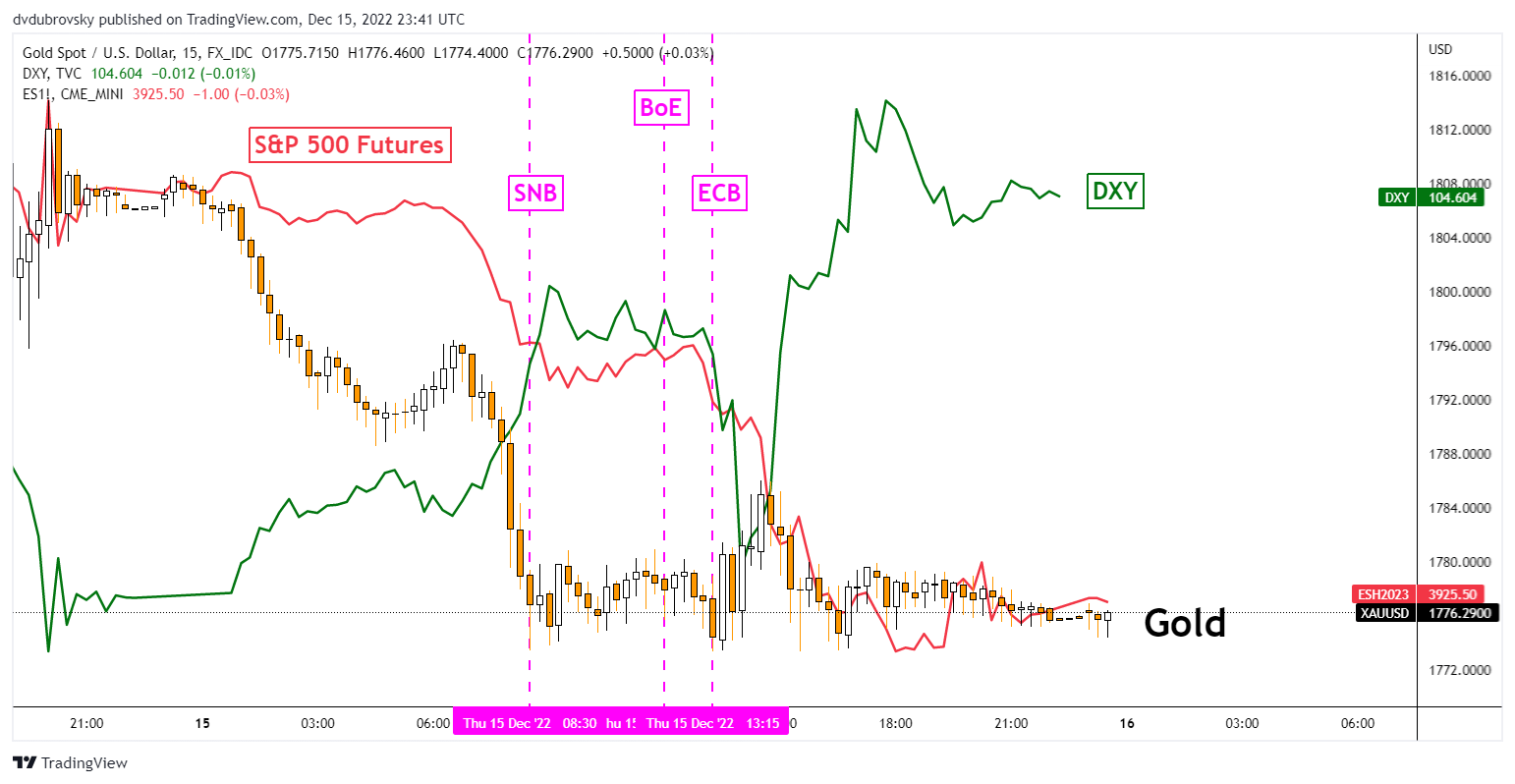 Friday’s Asia-Pacific trading session is lacking notable economic event risk. That places traders’ focus on general risk appetite. The dismal performance of stock markets during the Wall Street session is leaving the Nikkei 225, ASX 200 and Hang Seng Index vulnerable. If that boosts demand for the US Dollar as traders seek shelter, then gold risks extending its decline.

On the daily chart, gold prices broke under a bearish Rising Wedge chart pattern. That is placing XAU/USD at risk, especially if prices find downside confirmation. This also follows negative RSI divergence, which was showing that upside momentum was fading. Clearing immediate support, which is the 23.6% Fibonacci retracement level at 1775, exposes the 50-day Simple Moving Average. The latter could reinstate the near-term upside focus. 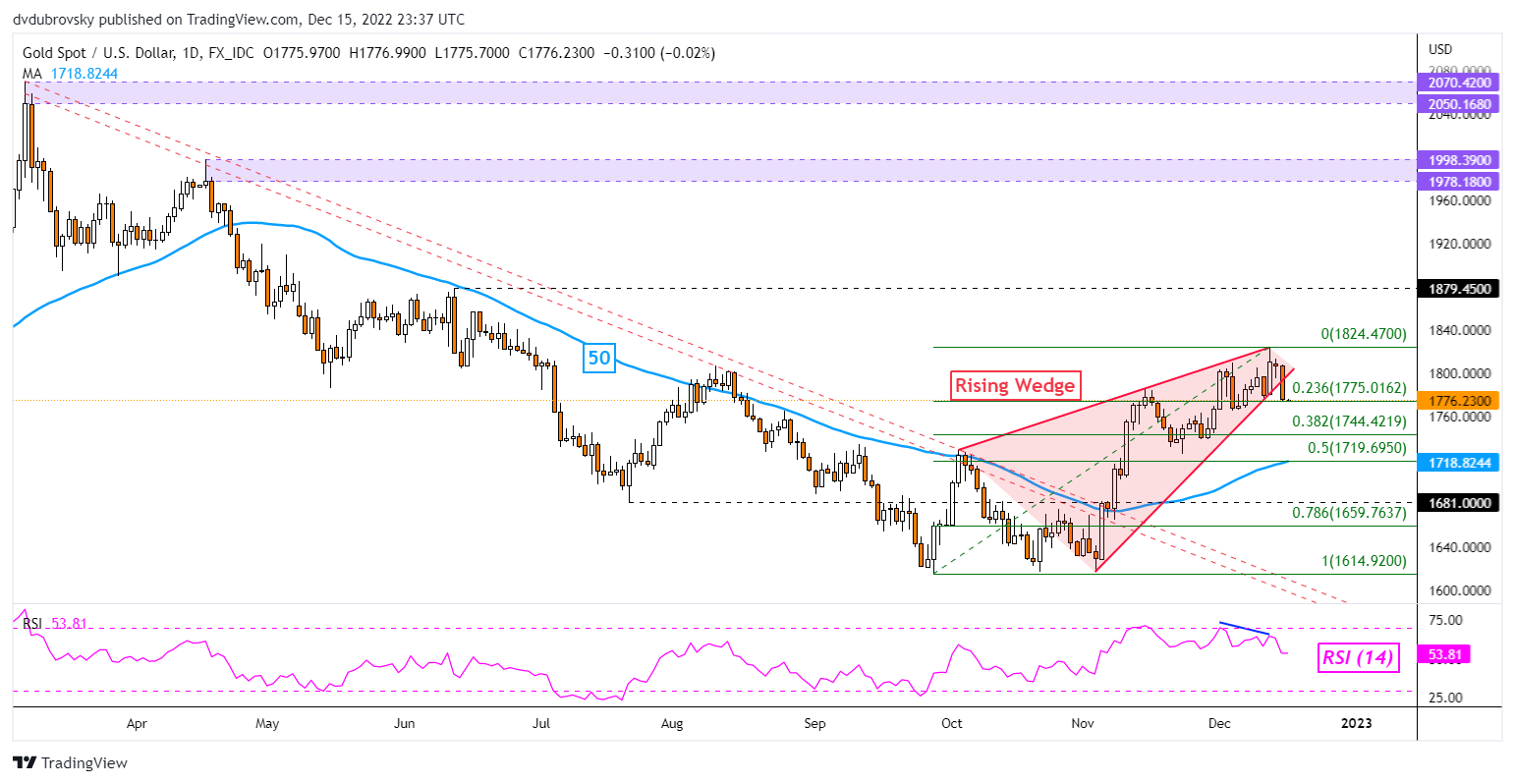