Liz Truss and Kwasi Kwarteng are scheduled to meet with the UK fiscal watchdog, the Office for Budget Responsibility in the wake of the market dysfunction seen in UK assets over the last week.

The Treasury Select Committee, constituting MPs from all parties, demanded that chancellor Kwarteng provide the full economic forecast from the OBR by the end of October.

A contributing source for the volatile movements over the last week includes the fact that no independent OBR forecast accompanied Kwarteng’s mini-budget despite a draft being made available from the OBR on the chancellor’s first day of office.

The 4-hour GBP/USD chart shows the recovery in cable which has returned to levels witnessed in the early morning of last Friday, ahead of the mini-budget that sent UK assets into a spiral.

The improved situation in cable has been supported by the oversight measures as well as a noticeable pullback in the dollar. Upside levels of resistance for the pair appear around 1.1410 which doubles up as the 2020 low and the underside of trendline resistance. Support currently lies at 1.1110 where a further loss in confidence could see the pair trade back towards the 1985 level of 1.0550. 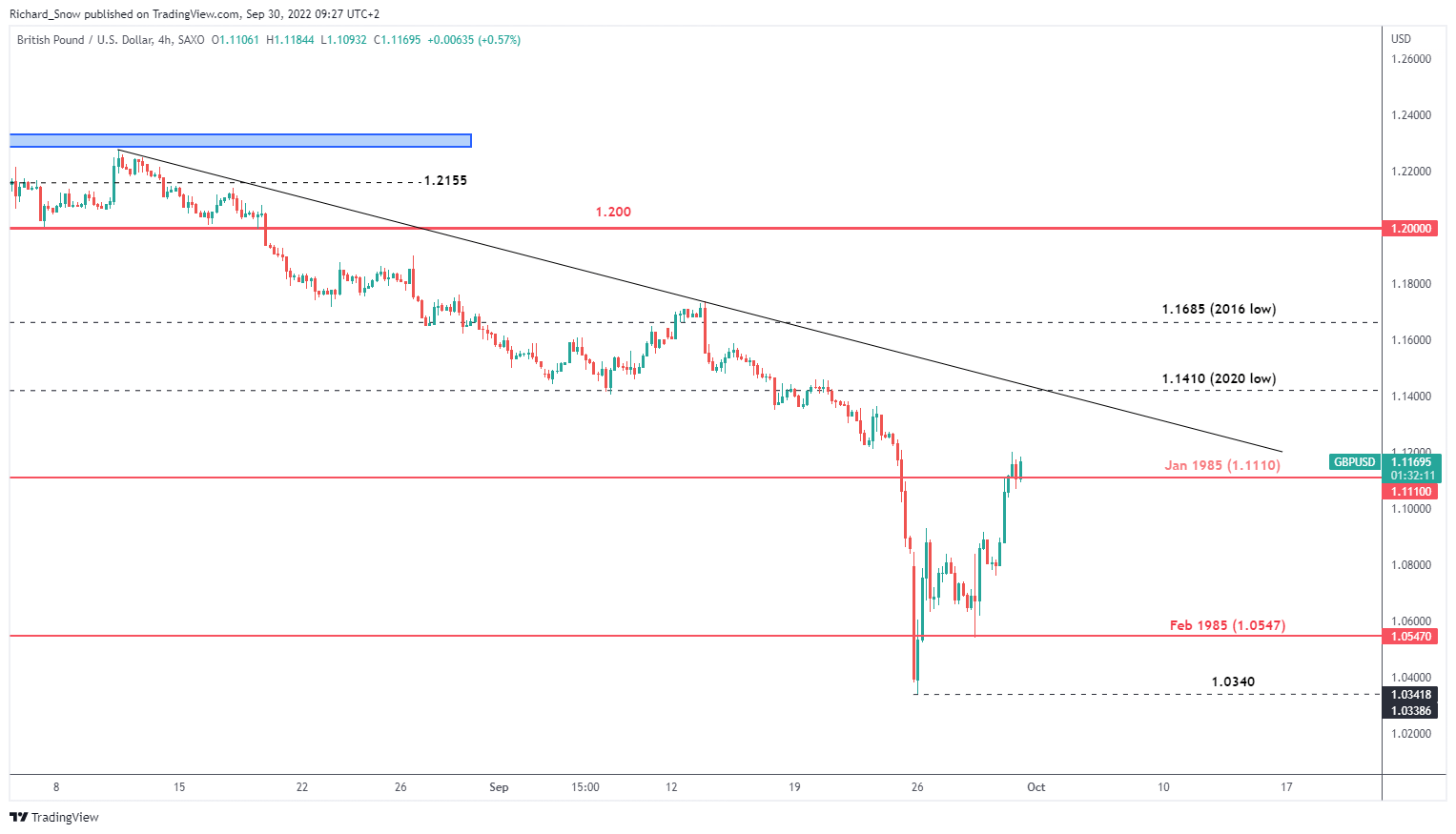 UK longer dated gilts appear to have stabilized but the situation still needs to be monitored closely. Any further missteps resulting in a loss of confidence in UK inc could see another spate of selling and subsequent BoE intervention – which is likely to weigh on the pound once again. 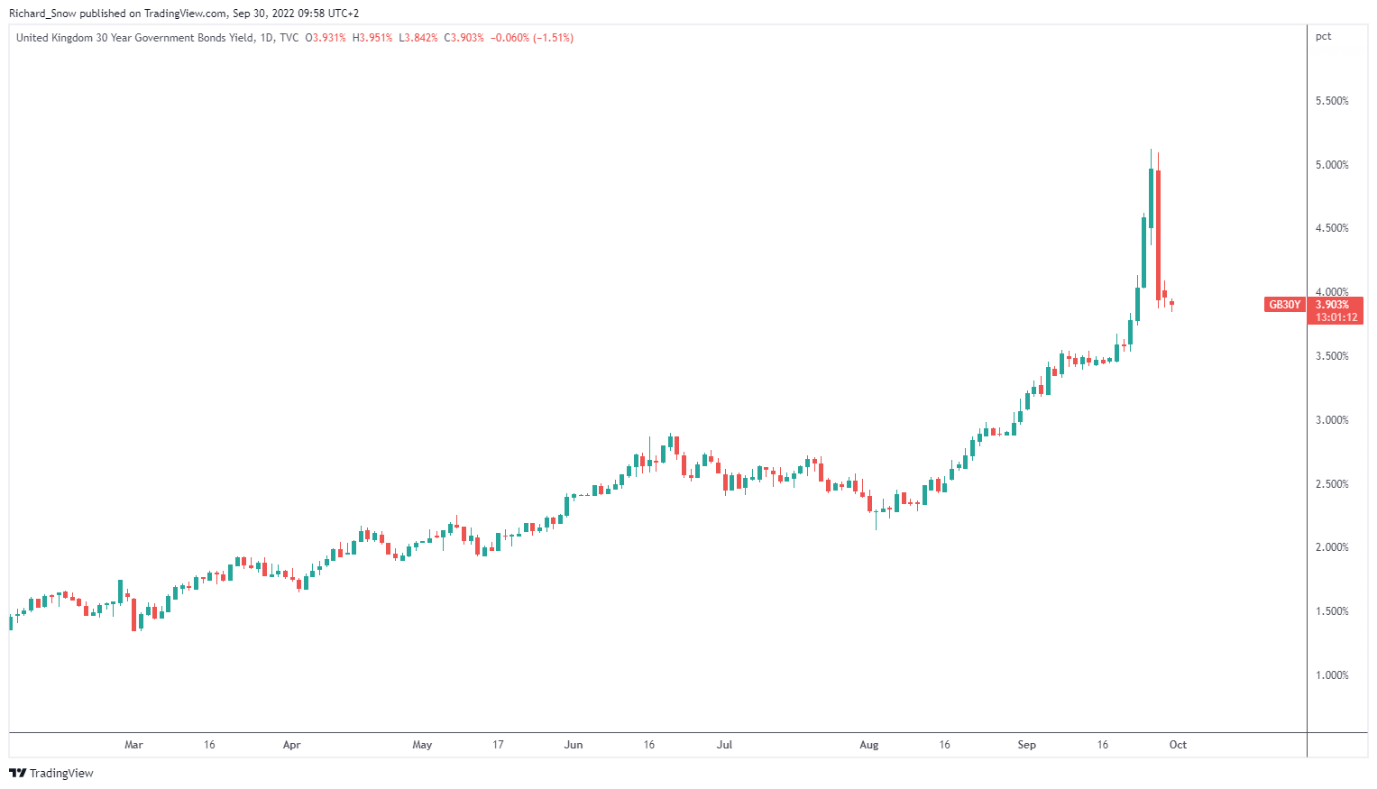 Major Risk Events on the Horizon

The pound’s recent recovery was buoyed by rather positive, although backward looking, data as GDP growth advanced 4.4% in relation to Q2 last year despite a 2.9% forecast. Later today we see US PCE inflation data and if the August CPI beat is anything to go by, we could see movement in dollar crosses upon a potential surprise in the data (positive or negative) as we head into the weekend. The university of Michigan consumer sentiment report is to show finalized figures for September, expecting another lift in perceptions there.

Next week there is a pick up in US focused data with manufacturing as well as services PMI data from the Institute of Supply Management alongside the US non-farm payroll data where unemployment is forecast to come in at 3.7%