EUR/JPY rallied to the upside yesterday finally breaking above horizontal resistance and creating a new higher high. The pair has also broken above the 100-day MA now testing the top of the triangle pattern currently in play.

Price Action on the pair remains interesting as the daily timeframe remains bearish while the overall trend on the 4H is bearish as well. This provides the potential for a few different scenarios to play out over the coming days.

Fundamentals over the short to medium term support an upside break at this stage given the rate hike path being followed by the European Central Bank compared to the Bank of Japan’s insistence on keeping rates low as wage growth lags inflation. No policy changes are expected from the Bank of Japan until Governor Kuroda’s term ends in April.

On the four-hour chart above the triangle pattern is clearly visible while the pair has continually printed higher highs and higher lows. The overall picture on the 4H timeframe still remains bearish however which indicates a downside breakout cannot be ruled out at this point.

We are trading at the top of the triangle pattern at present with the apex of the triangle drawing closer. A breakout remains imminent with a break and candle close above the 146.00 level likely to result in an upside rally with resistance areas around the 147.00 and 148.00 handles respectively.

An alternative play for the pair could see a break and candle close below the ascending lower trendline which could push the pair toward support at 144.33 or lower toward the 142.50 area. These potential breakouts require traders to remain nimble with both breakouts still a possibility.

IG Client Sentiment Data (IGCS) shows that retail traders are currently short on EUR/JPY with 68% of traders currently holding short positions. At DailyFX we typically take a contrarian view to crowd sentiment but due to recent changes in long and short positioning, we arrive at a short-term upside bias.

US Dollar May Rise Against the Chinese Yuan, but USD/CNH First Needs to Find Support 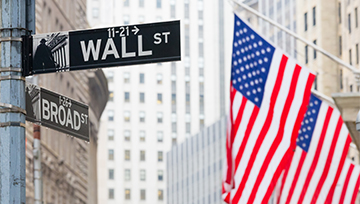