EUR/USD trades in a narrow range after snapping the series of lower highs and lows from last week, but failure to defend the opening range for October may lead to a further decline in the exchange rate as it appears to be tracking the negative slope in the 50-Day SMA (0.9955).

EUR/USD seems to have reversed course after failing to test the moving average as it trades to a fresh monthly low (0.9668), and the exchange rate may struggle to retain the rebound from the yearly low (0.9536) as European Central Bank (ECB) board member Philip Lane points out that “US interest rate changes have more pronounced repercussions on the rest of the world, including the euro area” while speaking at an event held by Société Générale.

Lane goes onto say that “Governing Council is fully aware that further ground needs to be covered in the next several meetings to exit from the prevailing highly accommodative level of policy rates” as the ECB struggles to curb inflation, and it seems as though the central bank has little interest in carrying out a restrictive policy as the board member insists that “it will be essential to closely monitor the impact of our monetary policy decisions on the different stages of the transmission mechanism.”

As a result, developments coming out of the US may continue to influence EUR/USD as the minutes from the Federal Reserve’s September meeting emphasize that “ongoing increases in the target range for the federal funds rate would be appropriate to achieve the Committee's objectives,” and it seems as though the central bank will retain its existing approach in combating inflation as “many participants emphasized that the cost of taking too little action to bring down inflation likely outweighed the cost of taking too much action.”

In turn, the update to the US Consumer Price Index (CPI) may drag on EUR/USD as the core rate is expected to increase to 6.5% in September from 6.3% per annum the month prior, and evidence of persistent inflation may fuel speculation for another 75bp Fed rate hike as the Summary of Economic Projections (SEP) reflect a steeper path for US interest rates.

In that event, EUR/USD may continue to trade to fresh monthly lows as it fails to defend the opening range for October, and a further decline in the exchange rate may boost the tilt in retail sentiment as traders have been net-long the pair for most of 2022. 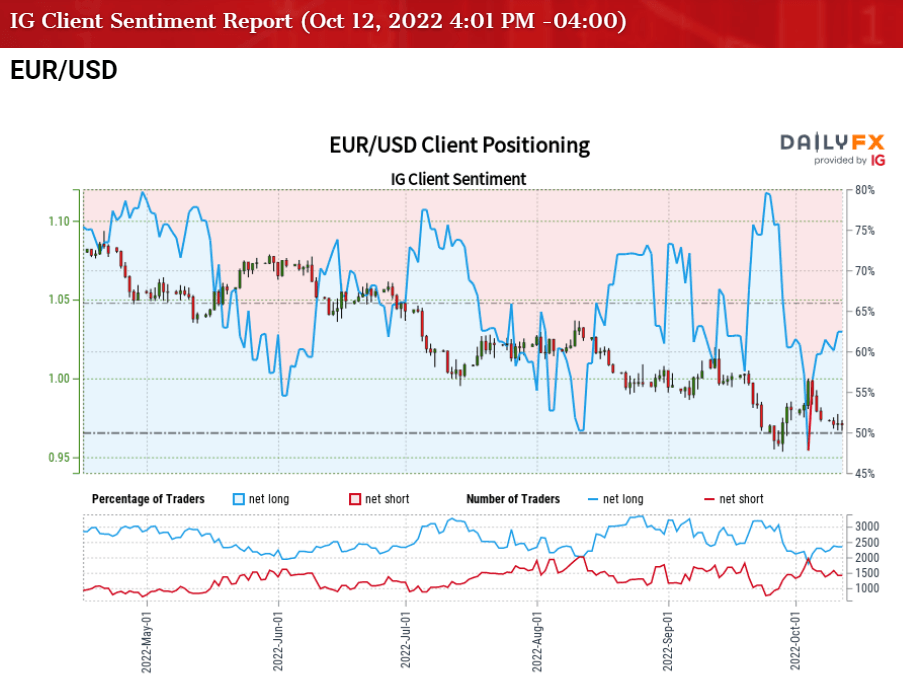 The IG Client Sentiment (IGCS) report shows 62.38% of traders are currently net-long EUR/USD, with the ratio of traders long to short standing at 1.66 to 1.

With that said, the range-bound price action in EUR/USD may end up being short-lived as the US CPI is anticipated to show another uptick in the core reading for inflation, and the exchange rate may continue to track the negative slope in the 50-Day SMA (0.9955) as it reverses course ahead of the moving average. 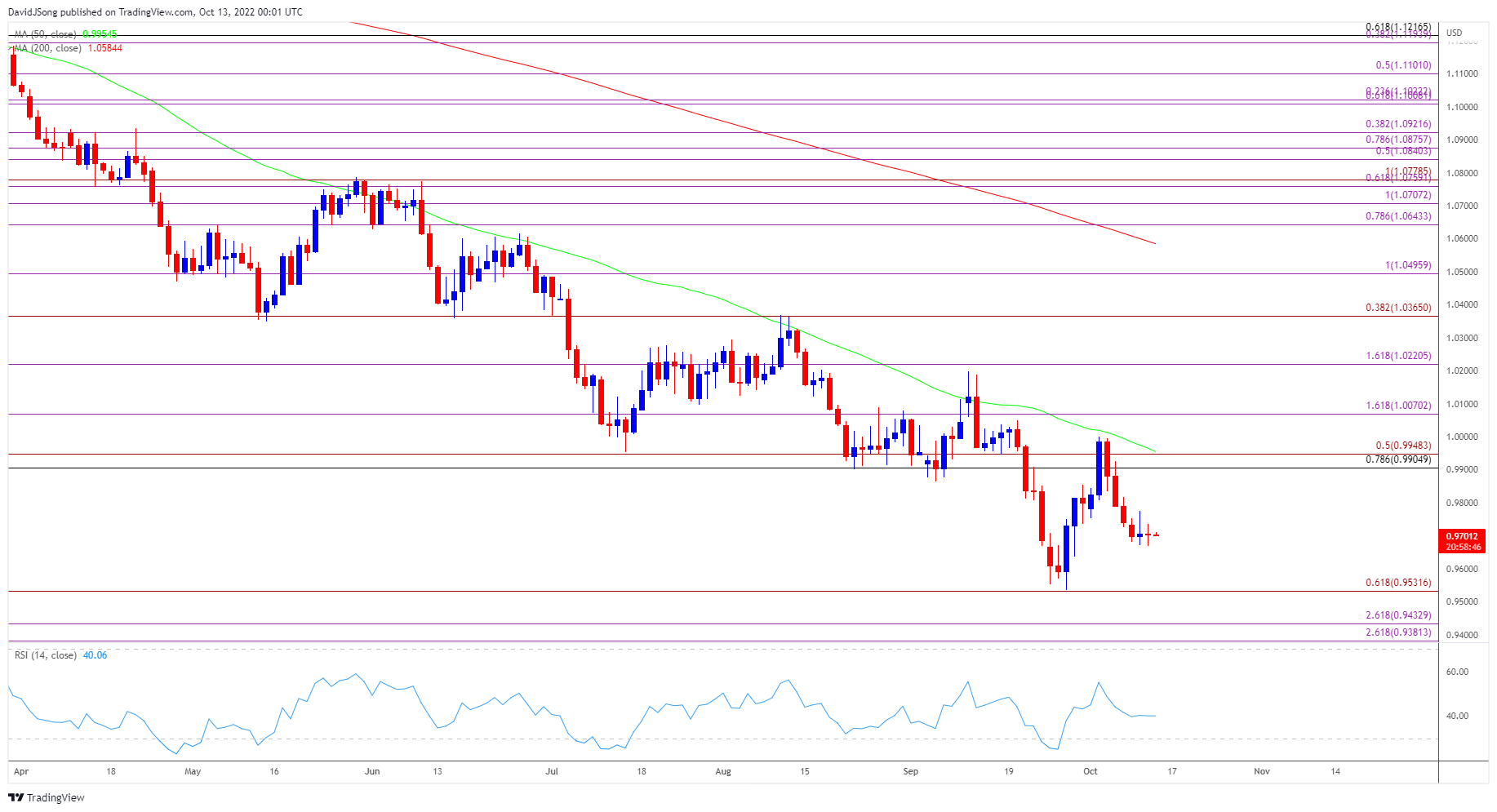