EUR/USD carves a series of higher highs and lows following the kneejerk reaction to the US Consumer Price Index (CPI), and the exchange rate appears to be on track to test the 50-Day SMA (0.9924) as it reverses course ahead of the yearly low (0.9536).

EUR/USD consolidates within the September range after failing to push above the moving average earlier this month, and the exchange rate may continue to track the negative slope in the indicator to mirror the price action from earlier this year.

As a result, the advance from the monthly low (0.9632) may end up being short-lived as the Federal Reserve pursues a restrictive policy, and EUR/USD may face headwinds ahead of the European Central Bank (ECB) meeting on October 27 as the Governing Council adopts a ‘meeting-by-meeting approach.’

It seems as though the ECB will continue to normalize monetary policy after frontloading the “transition from the prevailing highly accommodative level of policy rates towards levels that will support a timely return of inflation to our two per cent medium-term target,” but the threat of a slowing economy may push the central bank to deliver smaller rate hikes over the coming months as the Euro Area is expected to “stagnate later in the year and in the first quarter of 2023.”

In turn, the Euro may continue to underperform against its US counterpart as the President Christine Lagarde and Co. show no interest in carrying out a restrictive policy, while the tilt in retail sentiment looks poised to persist as traders have been net-long EUR/USD for most of 2022. 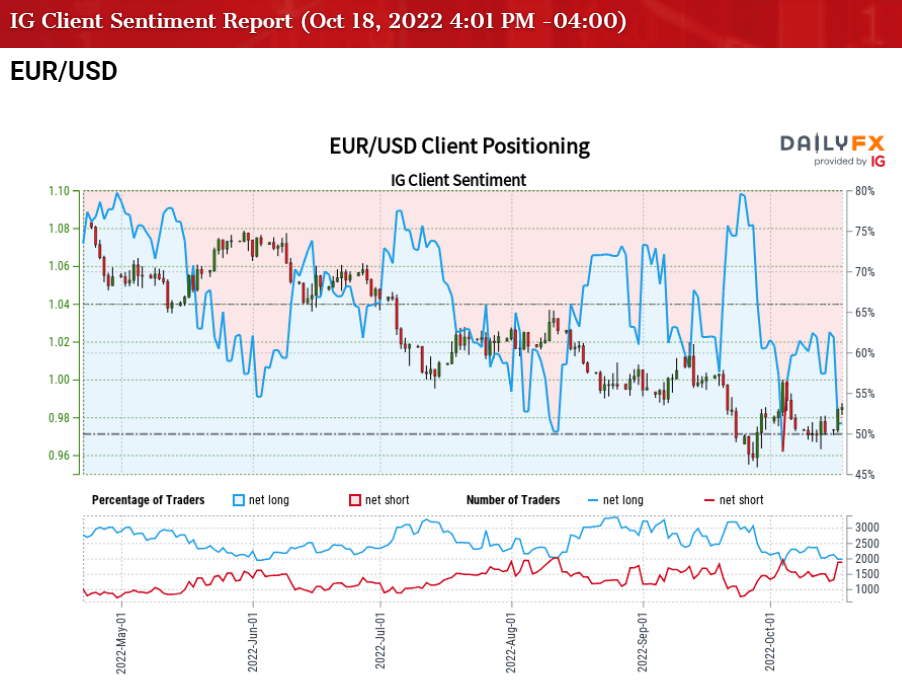 The IG Client Sentiment (IGCS) report shows 52.68% of traders are currently net-long EUR/USD, with the ratio of traders long to short standing at 1.11 to 1.

The number of traders net-long is 1.74% higher than yesterday and 9.33% lower from last week, while the number of traders net-short is 5.34% higher than yesterday and 13.01% higher from last week. The decline in net-long interest has alleviated the crowding behavior as 62.38% of traders were net-long EUR/USD last week, while the rise in net-short position comes as the exchange rate approaches the 50-Day SMA (0.9924).

With that said, the recent series of higher highs and lows in EUR/USD raises the scope for a test of the moving average, but the exchange rate may track the negative slope in the indicator to largely mirror the price action from earlier this year. 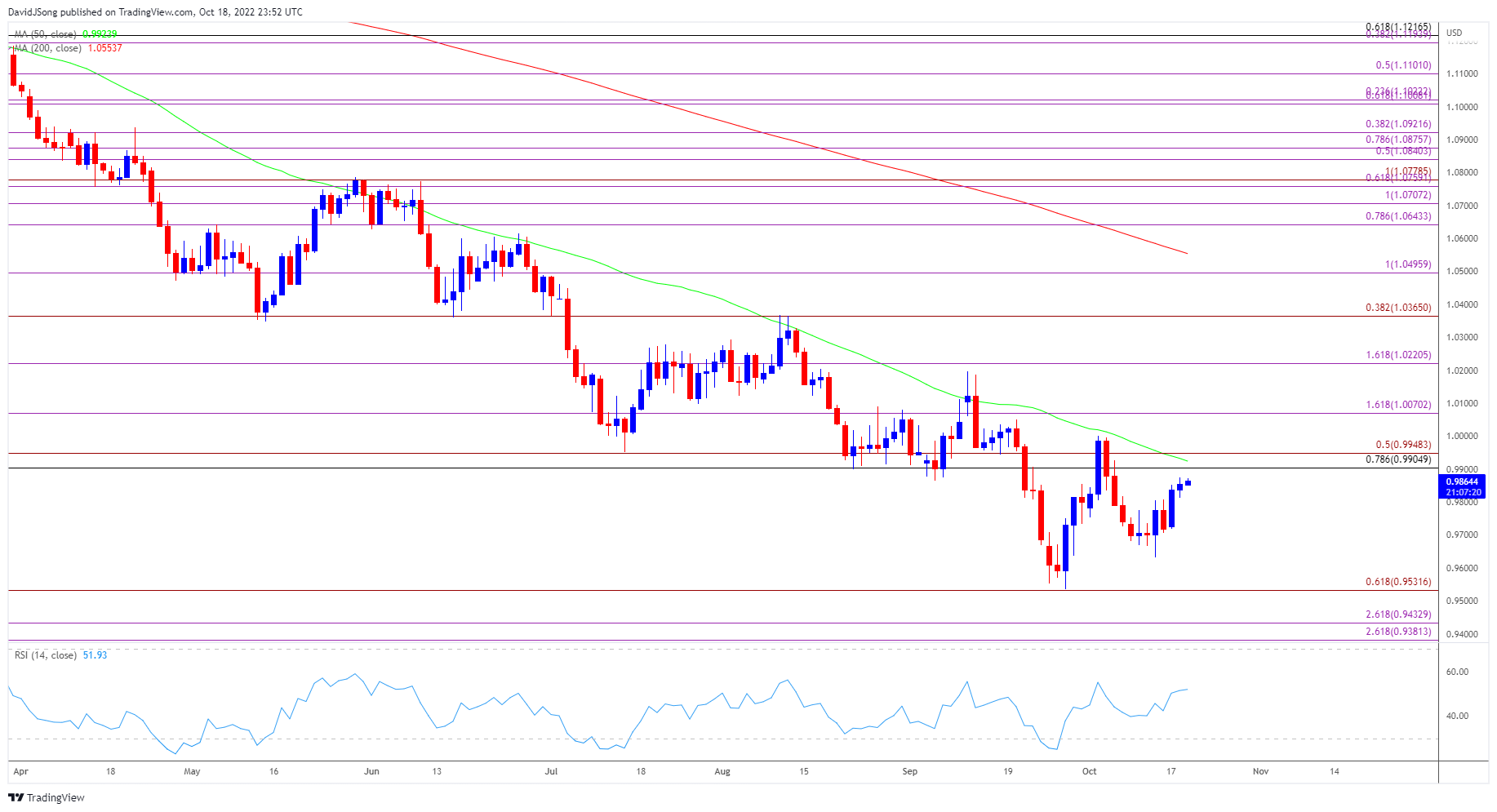