The eurozone inflation rate reached double digits in September as the consequences of the war in Ukraine and the constraints caused by the COVID pandemic are proving more lasting than initially expected. ECB President Lagarde has stated that monetary policy must ensure that price shocks do not become entrenched.

The latest round of inflation figures has revealed that price increases in the 19 countries that make up the euro area rose to 10.1% year-on-year in September, up from 9.1% in August and exceeding expectations of 9.7%.

In a September event, Lagarde spoke on "Monetary Policy in the Euro Area" in which she stressed that price pressures have been triggered by two unprecedented shocks that are proving stronger and more persistent.

The COVID pandemic and its supply bottlenecks has pushed companies to react to the threat of shortages by ordering more and earlier. This "whiplash" effect, as Lagarde calls it, has driven prices up and down the supply chain.

The Russian invasion of Ukraine has contributed to further escalation of energy prices.

Before the conflict began, supply cuts by OPEC+ and capital constraints by U.S. shale producers were already exerting pressure on oil prices; but the Russian invasion aggravated the supply constraints, causing prices to rise to unprecedented levels. According to studies, this increase has contributed 30% to headline inflation and one third to the core index.

“We are not seeing the type of demand-led overheating that is visible in the United States and, despite a tight labor market, the risk of a wage-price spiral so far seems to remain contained,” Lagarde said.

The ECB President said that the disruptions caused by COVID and the Ukraine invasion have resulted in a "new global map" of economic ties suggesting that supply limitations and price pressures will endure for an extended period.

Firstly, the pandemic exposed geopolitical vulnerabilities. While some companies are likely to maintain higher inventories on an ongoing basis and shorten their supply chains to avoid further disruptions, such strategic relocation of high-value services and R&D centers will not occur without further price pressures.

On the other hand, Russia's gas supply interruption has evolved into a structural shift. While some supply losses have been compensated for, full substitution of Russian fossil fuels is a challenge that will eventually accelerate the greentransition. It will result in higher costs in the short term.

Lagarde argues that the ECB must carefully choose the direction and pace of monetary policy.

The central bank has already raised interest rates. During its September meeting, a 75-bp increase brought the benchmark rate to 0.75%, for the first time in positive territory since 2011. Lagarde stated that future rate changes would rely on the durability of shocks, the budgetary actions of governments, and growth prospects. However, the pace of change will also depend on inflation expectations amid the Central Institution’s commitment to bring inflation to the 2% objective.

The euro's fast depreciation is also a cause of concern and likely shaping behind-the-scenes decision making. In September, the EUR/USD fell to 0.9538 for the first time since June 2002. The EUR/USD move has been driven primarily by interest rate differential with the United States, but the potential fragmentation of European bond markets and growth concerns have also impacted the exchange rate. 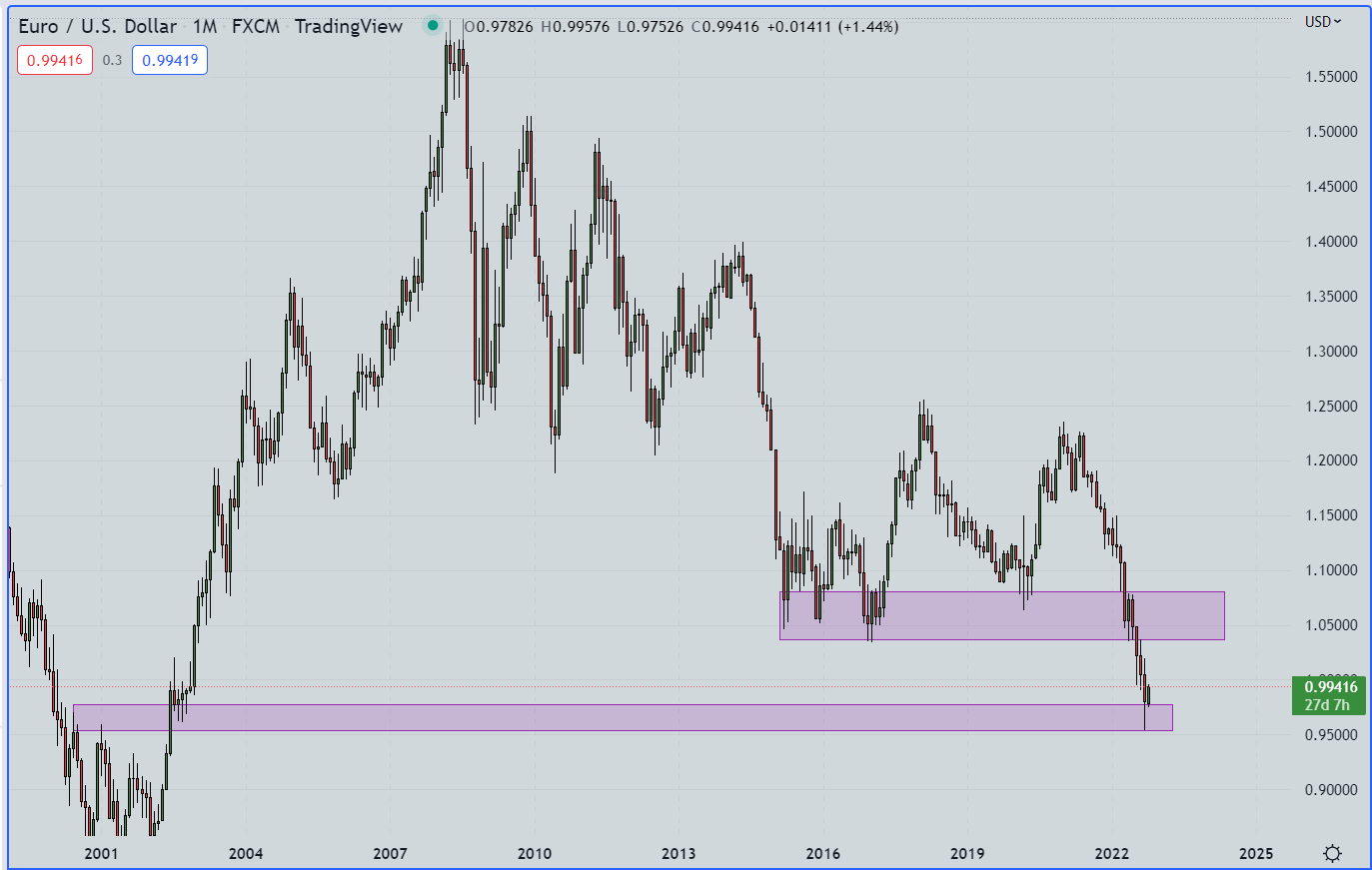