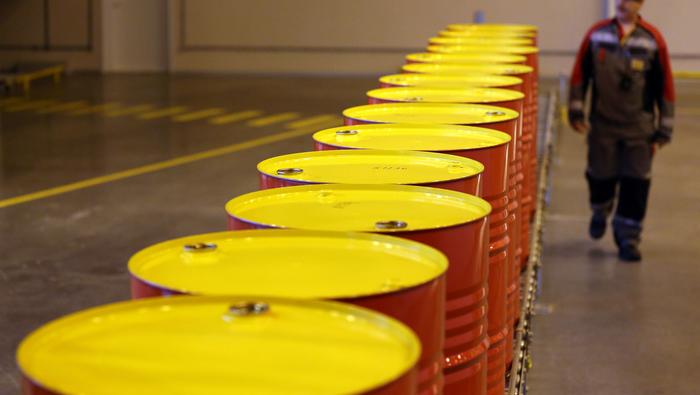 US crude (WTI) oil reversed higher after an unexpected drawdown in crude inventories ahead of next month when OPEC’s two million bpd output cuts are set to materialize. OPEC and its allies, otherwise known as OPEC+, moved to secure price stability in the oil market as prices have been on a steady decline since peaking in June. This week’s data points to a 1.725m drawdown in crude stocks after a sizeable 9.88m addition previously, resulting in oil prices receiving a slight lift.

In addition, President Joe Biden announced a plan to sell off the remaining 15 million barrels of the Strategic Petroleum Reserve (SPR) whilst standing ready to supply further reserves early next year if prices are too high. Such a move ought to see a decline in oil prices but it would appear that the rise was the result of short sellers buying to close existing shorts as the news of additional SPR supplies was announced.

Biden looks to shore up votes ahead of the crucial U.S. midterm elections on November the 8th as his presidency has become inextricably aligned to promises of lowering fuel prices and by extension, lowering inflation. The price of oil has been the most significant driver of inflation since Russia invaded Ukraine and proved to only exacerbate price pressures resulting from lingering supply constraints left behind by the pandemic lockdowns. OPEC’s latest decision to reduce output has been received as aligning with Russia because production cuts are anticipated to raise the price of crude and the level of general prices, placing further pressure on US households.

Midterm Preview: How Will Record Inflation Impact the US Midterm Elections

US crude showed signs of a bullish reversal after an OPEC delegate made mention of the possible 1-2 million barrel per day (bpd) output cut, a mere month after OPEC deemed it necessary to cut output from October by 100k bpd. Crude prices bottomed out around $76.50, rising all the way to the significant $93 level which supported prices at numerous times this year.

Price action then rejoined the longer-term downtrend as bulls ran out of momentum at the $93 level, trading lower until bouncing off the descending trendline support (prior resistance) where we find ourselves today. Yesterday’s surprise drawdown of crude inventories sees price action approaching the 61.8% Fib of $88.40 before the next level of resistance appears at the crucial $93 mark. Support in the near-term resides at the descending trendline, followed by the 78.6% Fib at $78 – where price action recently bottomed out. 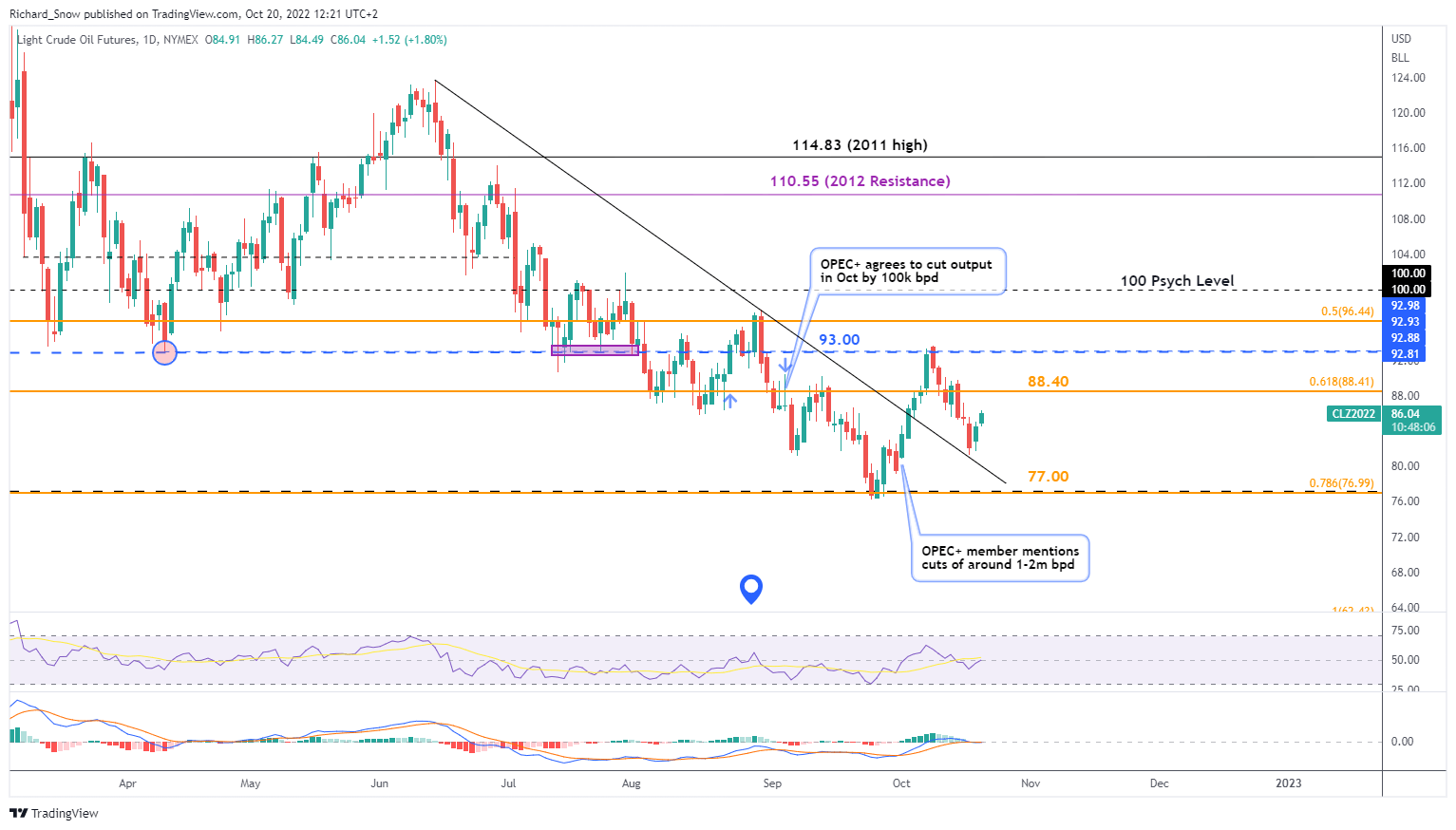 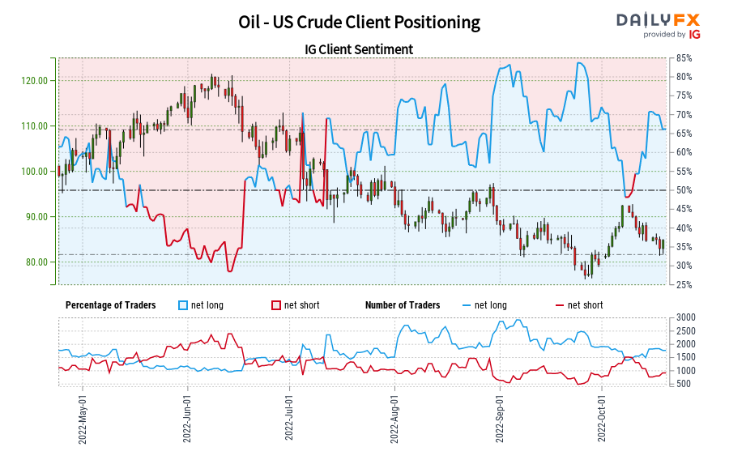 We typically take a contrarian view to crowd sentiment, and the fact traders are net-long suggests Oil- US Crude prices may continue to fall.

Positioning is less net-long than yesterday but more net-long from last week. The combination of current sentiment and recent changes gives us a further mixed Oil - US Crude trading outlook.